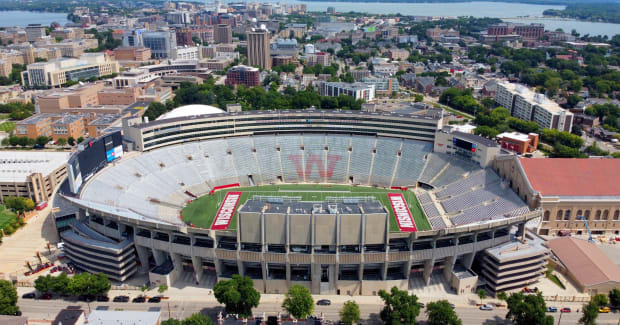 The world of recruiting never stops, and this past week has seen plenty of news for Wisconsin football and basketball.

Not only do summer camps run for both sports, but the soccer team has also expanded a number of new offerings and welcomed several official visitors to the campus.

To give you an overview of everything that has happened in the last seven days, here is the weekly recruiting rundown.

Since offering three-star wing Gehrig Normand (2023) on May 31, the Badgers have quickly become a real threat to his recruitment. The Texas shooting guard/small forward will make an official visit to Madison next weekend, June 20.

Normand is also visiting Texas and Missouri in June, so Wisconsin is far from the clear favorite but he’s a talented prospect who’s staff have made great strides of late. The visit will go a long way towards establishing just how much of a threat the Badgers are in the race for his signing.

The Badgers have focused on Normand and four-star Jaime Kaiser as top wing targets in the 2023 class, and I wouldn’t be shocked if both sign with Wisconsin depending on how things go over the next few months. The Badgers are still one of the top contenders for Kaiser after hosting him on an official visit this spring, though the local Maryland draw will be tough to beat.

Basketball: 2022 signee Connor Essegian spRainto the ankle, should be healthy for training

Just days before he arrives on campus for summer training with the Badgers, 2022 signee Connor Essegian sprained an ankle during practice for an All-Star Game in Indiana. As a result, the three-star shooting guard was on crutches, according to an ankle sprain IndyStar’s Gregg Doyel.

The ankle injury shouldn’t keep him out for long and he should be set on attending Wisconsin later this month.

The football team welcomed eight official visitors this weekend and by all reports things appear to be going well for the Badgers. We’ll see if Wisconsin hit any of those top targets in the 2023 recruit class in the coming days.

Here are the players who made it to official campus visits:

Note that three-star cornerback Quentin Ajiero was originally scheduled for an official visit to campus this weekend but couldn’t make it due to a stomach virus.

Moore, a four-star recruit from Indiana, received an offer from the Badgers on May 19. He’s one of the top targets on the Wisconsin offensive line in the 2024 class, and he seems to have had a great time.

Another four-star Pennsylvania lineback, Anthony Speca, was also on campus for an unofficial visit. The Badgers are currently battling some other top programs like Notre Dame, Ohio State and Penn State for Speca. Wisconsin already offered Speca in early April.

Wisconsin only offered Florida defense attorney Emiril Gant two weeks ago, but he was already on campus for an unofficial visit this weekend. He’s a high school teammate to four-star visitor Braeden Marshall, so it’ll be interesting to see if the Badgers can come up with a package deal. Wisconsin was Gant’s first offer.