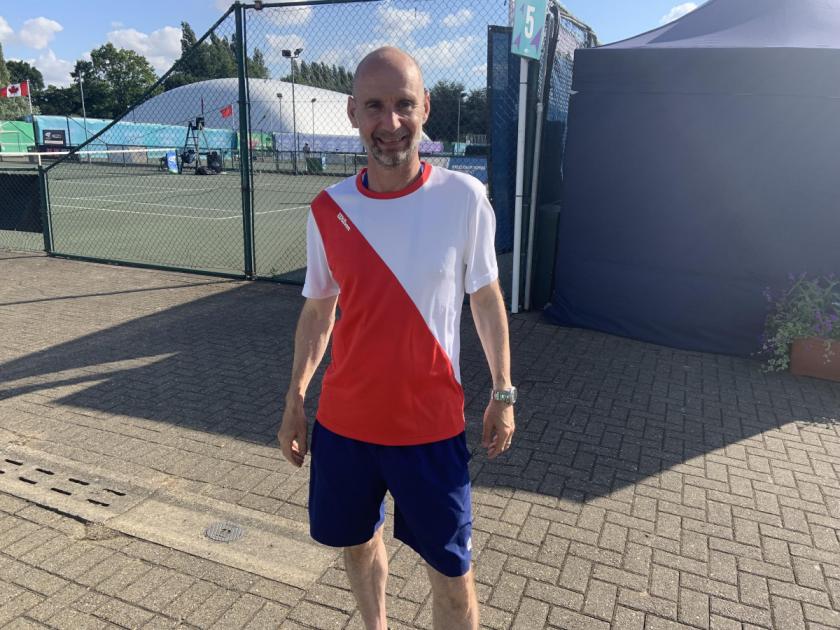 Few can match Mark Bullock’s 30+ years of Paralympic and disability sporting experience – and fewer still can claim to have had such an impact on his rise.

With four Paralympics and two Olympics under his belt – in various capacities from coach to technical delegate – Bullock was at the forefront of a journey that culminated last week at the All England Club.

After last year’s women’s wheelchair singles final at The Championships was played on the No.1 Court, this year’s tournament saw Britain’s hero Alfie Hewett play on the show court to huge crowds, underscoring the appeal of the sport of passing.

We caught up with Bullock at the LTA’s British Open Wheelchair Tennis Championships to shed light on the sport’s unstoppable rise over the past 30 years.

Tell us about your early experiences in wheelchair tennis?

My first experience of the sport was when I was a student in Nottingham and my first job was in the tennis development office at the Nottingham Tennis Centre.

The first event I ever worked on was the 1991 Fed Cup, where I saw a wheelchair tennis exhibition for the first time. That really piqued my interest.

I’ve done some local projects in four schools in Nottingham, in each of which we’ve piloted and written a story in LTA Coaches and Coaching magazine. We received a few calls, one from Rod Thorpe, a coaching guru. He said: “We have a player coming to Loughborough University but we’re not sure how that’s going to work out. We have no experience and I saw you do something similar.’

The player came here and I remember saying, ‘Well you obviously understand your spinal cord injury, I know a little bit about tennis. Let’s just go on a journey together.” Not long after that, Jayant Mistry asked me to work with him, so that was my idea.

Can you believe where the sport is now compared to what you saw in the beginning?

It’s remarkable. I remember the first international tournament I went to with Jayant, they didn’t have practice courts. So that change has been dramatic and it’s been really exciting to be a part of that journey with what happened at Wimbledon with games in the No. 1 spot.

We had 7,000 pitch 1 to watch wheelchair tennis at Wimbledon earlier this month. So was this the best moment for the sport so far?

I think so. There were many steps like all Paralympics, the Grand Slams and last week there was another step change with TV and 7,000 people.

One of the most powerful things about exposing Wimbledon is watching young disabled people. Whatever they want to do, they see people with disabilities succeed. I think there’s a massive message for society, not just tennis.

How much credit do star names like Alfie Hewett and Gordon Reid deserve for building the sport’s profile?

It’s the players who made the changes, they’re the ones presenting them.

Early doors, when I said I was the national coach for wheelchair tennis, I should have always had a different sentence ready. ‘What is that? How does this work?’ Now I don’t have to. People know the players, they know Alfie, Gordon and Lucy, Dylan Alcott. That’s amazing to see.

Last week it was a statement to have several games in the No. 1 spot but then hold a crowd and then entertain a crowd – the two games were both three setters, both were thrillers. There are big changes happening and I think this journey will only continue if we are on an exciting path.

How important was the LTA’s input in the development of the game in the UK?

There is now a full-time coaching team employed by the LTA, so it’s been an incredible journey. Hopefully other countries will follow suit, the LTA have done it and it shows in the performances on the pitch. The sport developed because of improvements in chairs, funding, and players who could compete more professionally. When I coached Jayant, he was part-time. We used to play at 7am, then Jayant would go to work. This is not an ideal training environment.

How can the sport continue from here?

I think we’re in a phase now where it’s still difficult for players without association support. the chair is expensive, travel is expensive. It would be difficult to lead an independent life without the support of the Federation.
So for the health of the sport we need to make sure that not only the LTA, USTA, Tennis Australia, the FFT, the Grand Slam nations can support their players, it has to be a system that supports everyone.

The beauty of tennis is that everyone can play together – a wheelchair user can use two bounces, the visually impaired player can have a number of bounces equal to their vision loss and we can all play together.

I think that’s just the beauty of our sport – it’s so inclusive.