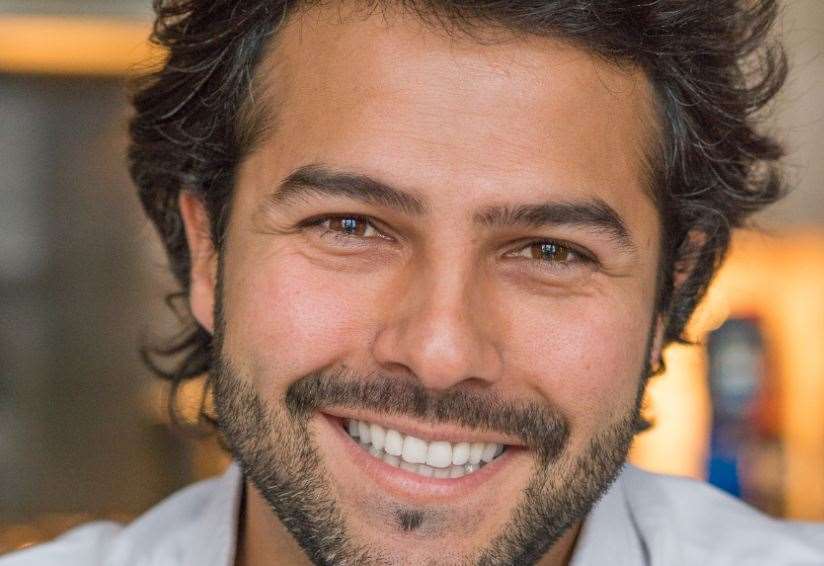 Spanish chef Omar Allibhoy is one of the experts demonstrating his skills at a live cooking demonstration at this year’s festival, telling me all about his passion for cooking in front of an audience.

“I love teaching and presenting Spanish food,” says the chef. “It’s exciting, it’s the buzz. There’s something about cooking in front of an audience that gives you excitement and energy.

“It’s the interaction you get from the audience, from the braver ones raising their hands or just asking you a quick question while you’re cooking. It feels like a cooking class.”

Omar, who was born in Madrid and moved to the UK in 2008, has spent years introducing traditional Spanish food to British restaurants.

“You still find a lot of people who don’t know what tapas or Spanish food is all about,” explains Omar. “Especially with tapas and paella, everyone has heard about it, but they really don’t know much about how to serve that at home with friends, family, etc., so I’m just trying to push it as best as I can. ”

Omar has succeeded in doing this with his popular restaurant chain, Tapas Revolution, which he first opened in 2010.

There are now nine Tapas Revolution restaurants across the country, including Bluewater near Dartford. But will fans find one of their favorite dishes on the Foodies Festival menu?

“I have to say I haven’t planned what I’m going to do yet – but maybe I’ll bring some of the classics from Tapas Revolution with me!” laughs Omar. “Just to show people how we make them, so they can see that even though we’ve grown into a group of nine restaurants, we’re still making fresh things with fantastic produce. And also to present a paella, for which we are also very famous!”

The Foodies Festival could prove to be the perfect opportunity for Omar and many other chefs and food producers to raise their profile at a crucial time as the restaurant owner expressed concerns about the future of hospitality.

“We have been hoping for us in the restaurants for a very long time,” says the entrepreneur. “We were hoping that the pandemic would end and things would get better and now, unfortunately, things seem to have gotten much more difficult. It used to be Brexit and staff, now it’s the cost of the products and the energy bills and customers are cutting their budgets.

“It’s not looking good for our industry, but all we can do is wait and see in the coming months.”

However, Omar is hopeful, particularly as to what the Foodies Festival has to offer not only for himself and his colleagues, but also for the many visitors looking to enjoy a day of delicious food and drink.

“This is an event I’m really looking forward to,” says Omar enthusiastically. “They have three stages, one is dedicated to pastries and baking, one is all about wine and spirits and the other is all about street food that I do a show on.

“They have the amusement park, lots of stalls selling food – and by lots, I mean dozens of them! – Bars, small exhibitors trying to sell the artisans’ products. And then you have the live bands which are super entertaining. Everyone who has enjoyed the Foodies Festival all day ends up in front of the stage enjoying the live music and a few drinks. That’s why I like to do it every year.”

This year Kent’s Foodies Festival features live music from Scouting For Girls, Blue, Liberty X and East 17. Artists will be joined by chefs such as MasterChef’s Tony Rodd, Dhruv Baker, Sandy Tang and Thomas Frake, as well as Patrick Hill and Alex Yates.

The festival started in Edinburgh in 2006 and now 16 years later it travels the country hosting 12 major food and drink events each summer.

“It’s a privilege to be able to attend the Foodies Festival, showcase my cooking skills and spread the word about great Spanish food.”

With world cuisine around every corner, exciting live entertainment and Omar’s seal of approval, the Foodies Festival is sure to make a splash when it debuts in Kent.