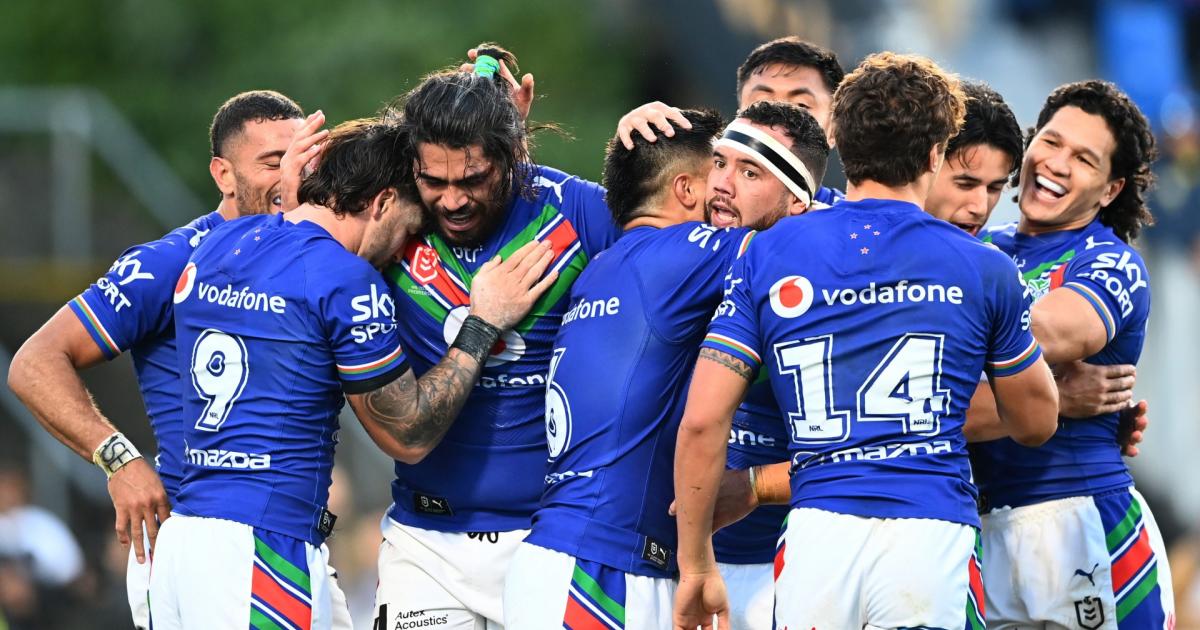 It was an emotional day for Warriors fans, players and staff alike as the team returned home to play in New Zealand after a 1,038 day absence.

A moving pre-game ceremony was held just before the players rushed to a raucous reception at a packed Mt. Smart Stadium, with a strong feeling in the air that they could claim victory over a struggling Wests Tigers team.

Cheered on by their fans, the Warriors finally scored their first try of the game in the 28th minute, courtesy of captain Tohu Harris.

Chanel Harris-Tavita crossed just minutes later before a try from Jesse Arthars put the result beyond a doubt in the second half, with the home side clinching a 22-2 win and ending their seven-game losing streak.

Caretaker head coach and club legend Stacey Jones was relieved that the team’s return to New Zealand ended in victory.

“[I’m]very happy compared to the last few weeks or so,” Jones said.

“It’s been a great week – coming home, the excitement of the game and the players feeling at home.

“And showing a performance (like this) – a gritty performance, I thought – capped off a good week.”

It was far from a brilliant performance, but Jones was pleased with his team’s ability to defend and create chances for himself.

“We defended really well, we controlled the ruck, but I thought we put pressure on with our distance sets in the first half,” he said.

“We weren’t conspicuous, but we got to the end of footy field (the Tigers).

“And I thought Shaun (Johnson’s) pedal game was exceptional.

“I thought he put the ball in the right place. And from there we just put some good pressure on.”

That @NZWarriors Treat your fans to a memorable win on their emotional return to New Zealand! pic.twitter.com/BURz3t0qmF

26,009 fans attended the game and Warriors captain Tohu Harris was touched by the atmosphere.

“It was unreal. The noise the crowd was making and just the surreal feeling of being back home and running to Mt Smart (stadium),” Harris said.

“That was a really special moment. And quite frankly, all the players just feel privileged to be a part of it.”

Harris then addressed the great support his team has received since temporarily relocating to Australia, but admitted there is something special about the fans back home in New Zealand.

“We’ve had a lot of good support outside of (New Zealand) over the last three years,” he added.

“But there is nothing better than having the support right here at home.

“We’ve gained a lot of supporters over the past few years through the various trips we’ve taken – it’s almost like we’re everyone’s second team.

“Every single person just rode us and they followed us and supported us.

“So it means a lot to the team and gave us a lot of energy.”