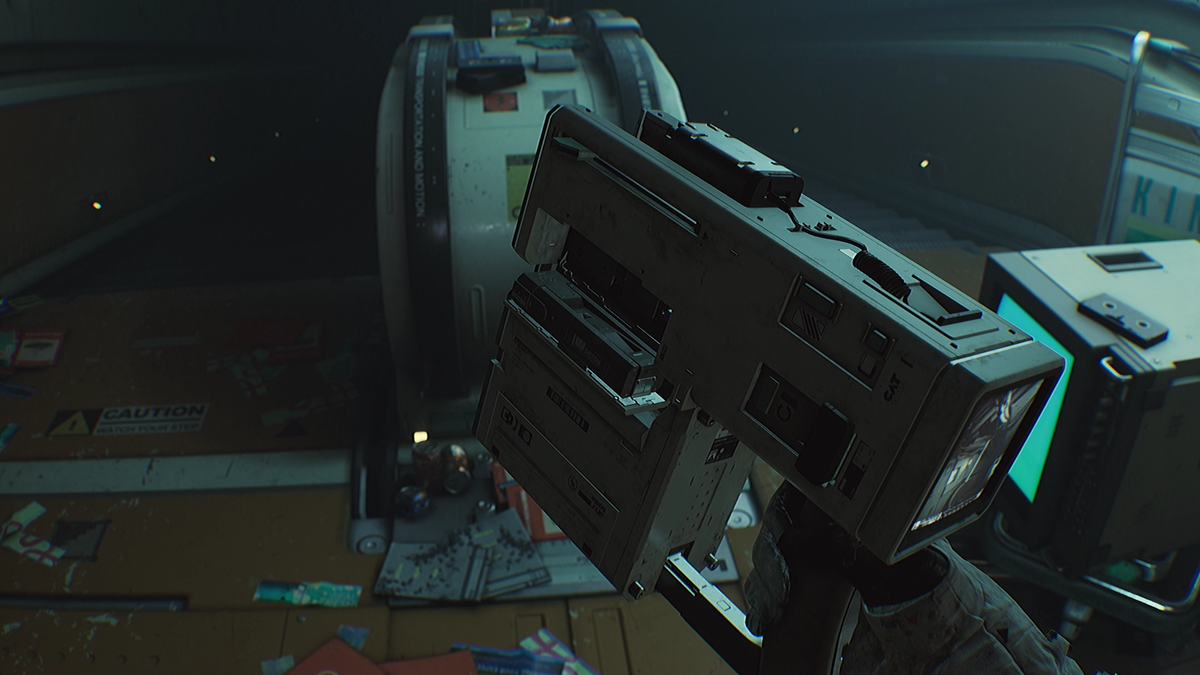 Ten years is a long time in any business, but it’s an eternity in video games, where technology and design are constantly evolving, and always at the fastest pace imaginable. So today it’s both incredible and absolutely wonderful that we can slow things down a bit and revisit a game which I first wrote about in 2012but it’s not out yet.

The game was/is routinewhich a decade ago looked like a neat little horror experience that has some hints of survival games and Empty room. It was first person, it was set on a lunar base, and I was very into it.

It returned a year later with a proper gameplay trailer showing that while we didn’t know it at the time, it was seminal very strong Alien Isolation Vibes, a game that also had a retro-future aesthetic and an emphasis on exploration horror, but wasn’t due for release until 2014.

And then… nothing. The game disappeared. To be honest, I forgot all about it, and anyone who remembers game trailers from 2012-13 probably did, too.

That was until today when the game’s “re-reveal trailer” was releasedshowing that nine years in the wild left us with a game that looked… well, brand new:

So why the break? Games going away for a year or two is nothing new, but nine years in the pipeline is almost unheard of for a game that doesn’t get called Duke Nukem forever or StarCitizen. It turns out the main reason is simply the fact that the team made their decision after five years of development routine nearing completion that they were not happy with what they had done. So they threw it away and started over, found a publisher and now they’re back.

Here is the team’s full statement explaining their decision, absence and eventual return (and why no release date is attached to this message):

It’s been a while since we’ve talked about routine, and today we want to talk a little bit about it.

In short, we’ve essentially resumed production of the game. What we’re sharing here today is in-game footage of Routine. So why did we make the difficult decision to start over?

As we neared the end of development, we found more and more things we weren’t happy with that were negatively impacting the experience. We had been working on the project for 5 years at this point and just couldn’t release it as it was.

We had to survive on an extremely tight budget. The financial stress took a toll on us as we realized we had to work longer on things. Routine became a part-time project at this point as we had to work on other jobs/projects to stay afloat. We no longer had a release date, in fact we didn’t even know when we might be able to release. It was a tremendous burden for us as we had let down ourselves, our friends and family, and all of our supporters and fans.

We were struggling and didn’t know how to deal with it or fix it. At the time we just wanted to apologize. But we didn’t know how to even start with that without giving some kind of development window. We didn’t expect it to take this long – and for those of you who have waited patiently, we are truly sorry.

It took us a while to figure out how to complete the project and deliver it the way we envisioned it, but when a line of communication opened up with Raw Fury, we knew we had found a partner who would has been able to support us through all of these areas that we previously struggled with.

We would like to thank everyone who has waited, both long and short, for all the love, support and patience. We’re excited to be back and working with Raw Fury to finally bring you routine.

While we won’t repeat the mistake of sharing a release date until we’re absolutely sure we can achieve it, we didn’t want to keep you waiting any longer and felt it was time to share what we did have worked on.

We can’t wait to hear your opinion.