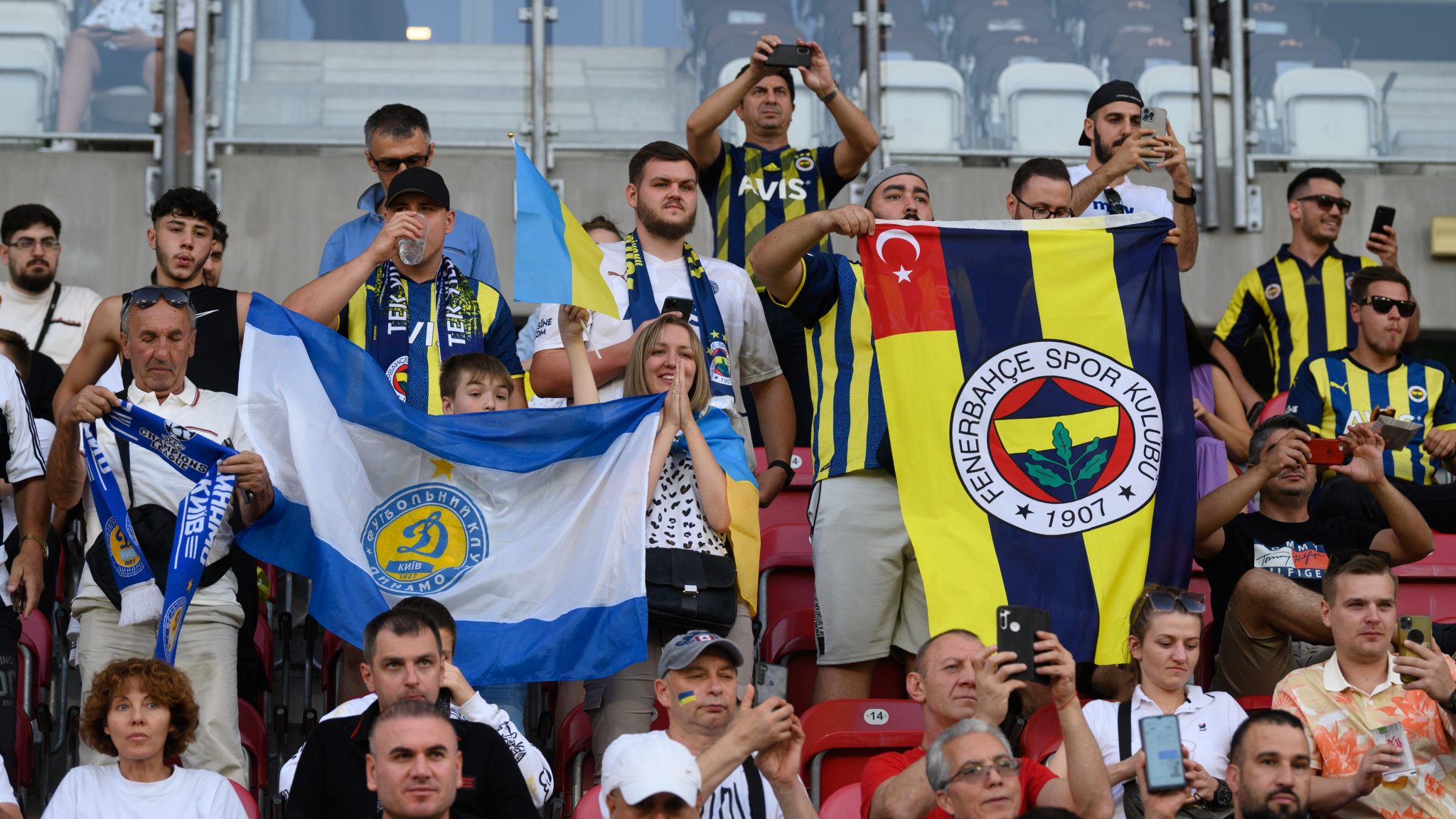 The Union of European Football Associations, UEFA, announced on Thursday that it was launching an investigation into Turkish team Fenerbahce after their fans chanted the name of Russian President Vladimir Putin in a game against Ukraine’s Dynamo Kyiv after the Ukrainian team entered a had scored.

Fenerbahce’s hopes of appearing in the European Champions League this season were dashed by Wednesday’s 2-1 defeat by Kyiv in the second qualifying round in Istanbul.

“The Ethics and Disciplinary Inspector will conduct a disciplinary inquiry into alleged misconduct by Fenerbahce supporters [at the match]’ UEFA announced on Thursday.

Fenerbahce insisted the chants were not representative of the team and accused the Ukrainian players of provocation.

“The exaggerated behavior of some players from the opposing team has been disturbing [the chants]. That led to a 20-second reaction in a game that lasted 120 minutes,” said Fenerbahce.

The chants came after Dynamo Kyiv midfielder Vitaliy Buyalskyi celebrated how he gave his side a goal by making an eagle gesture with his hands in front of Fenerbahce fans.

Fans’ chants of Putin went viral around the world, with many condemning the team and fans. Ukrainians in Turkey also organized a protest on Thursday.

“We urge Fenerbahce to find those responsible. They are fanatics and must be convicted and banned from the stadium,” the protesters said in a press statement.

Vasyl Bodnar, Ambassador of Ukraine in Ankara, said on Twitter he was saddened by the chants but thanked those who opposed the fans’ “inappropriate actions”. “Football is a fair game. Dynamo Kyiv was stronger yesterday,” he wrote on Twitter.

Turkey has ties with both Ukraine and Russia, refuses to sever ties with either country and is holding several diplomatic talks between the two sides, which have been at war since February. However, Ankara has condemned the Russian invasion and sent military support to Kyiv, including armed drones.