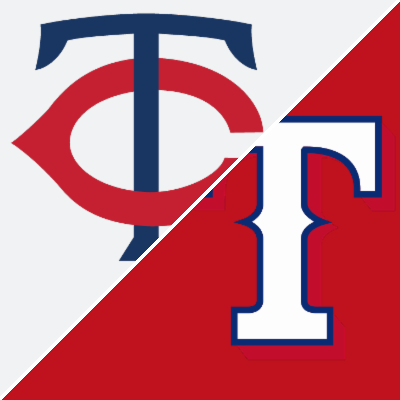 ARLINGTON, Texas — Corey Seager hit a three-run tie homer and the Texas Rangers entered the middle of their season on the right side of a game with one run.

Another Texas newcomer, Mitch Garver, was hit by a pitch with bases loaded against his former team on his last series of the season. The catcher will have surgery next week for an ongoing injury.

Seager’s 17th homer in the fifth capped a six-run breakout for the Rangers, who broke a four-game losing streak with a 6-5 win over the AL Central-leading Minnesota Twins on Friday night. It came in the 81st game for Texas, just swept by Baltimore in three straight one-run losses.

“Anytime you succeed at something you’re struggling at, it shows you how it works, what to expect, and what it could be like,” Seager said. “That’s what we’re looking for, what it can be like, what it feels like to actually go out and do that.”

Carlos Correa hit an early homer with two runs for the Twins, and center fielder Byron Buxton made a highlight catch when he crashed into the wall in the fourth after left fielder Nick Gordon went in front of him with an unsuccessful jump attempt on the warning lane.

Buxton extended his gloved left hand to make the catch just before going into the side of the angled center left wall to take a punch from Marcus Semien nearly 400 feet from the plate. Buxton remained on his back for about 10 seconds before being helped up by Gordon.

“I was amazed. I mean, there’s no way you’re going to get caught,” Rangers manager Chris Woodward said.

Rangers opened their crucial fifth, loading the bases on two singles and a walk before Garver, who played his first five big league seasons with the Twins before being traded in March, was hit by a pitch. Leody Taveras hit a deep sacrifice fly for the first out and rookie Josh Smith’s RBI single leveled the game.

The twins’ manager Rocco Baldelli said he was turned down in his attempt to challenge whether Garver tried to dodge the pitch, which brushed his elbow.

“It’s tough when a few things don’t go according to plan,” Baldelli said. “You know, last inning, the ball is on the line. It’s a fair ball and it’s called a foul.”

Before Buxton started for the ninth, he met a hard chopper down the line that seemed to hit the chalk behind third base. Smith was unable to make a backhand pick, but the ball was called a foul by umpire Angel Hernandez, who was behind him.

Texas had just two base runners in the first four innings against Sonny Gray (4-2), who gave up a season-high five runs and lost for the first time in 10 starts. Seager greeted left assistant Caleb Thielbar by pulling a 396-foot drive into the right field seats to take a 6-3 lead.

“We just couldn’t find a way to get through that inning… and couldn’t make it up to us later,” Baldelli said.

Garver said after the game he will have surgery on Monday to repair a torn flexor muscle in his right arm that has bothered him all season. He’s been restricted to batting since he was taken off the injured list on May 19 and was last caught on May 8.

“I had that in the back of my mind for a long time. It’s something that has to happen,” Garver said. “I’ve been getting treatment every day for the past 2 1/2 months trying to figure this thing out or, you know, make it manageable. And here we are.”

Texas starter Jon Gray (5-4) hit an eight in 5 1/3 innings and was knocked out after a two-run homer by No. 9 hitter Ryan Jeffers that cut the gap to 6-5. Gray allowed nine hits and five runs, only three of them from three penalties.

Brett Martin worked the ninth for his first career save after Woodward said earlier Friday that Joe Barlow was out of the role of closer for now after blowing saves in back-to-back games in Baltimore.

After Luis Arraez made a mistake to start the game, Correa snapped a 0-for-14 slide with his 10th homer. … Minnesota had won seven straight road games against the Rangers, including the only previous three games at Globe Life Field. … Inside, under the closed sunroof, it was more than 30 degrees cooler than the outside temperature of 104 degrees at the start of the game.

Gemini: Baldelli said RHP Joe Smith (upper trap narrow), who last fielded in a game on June 23, threw a bullpen session. The twins will see how he feels on Saturday, although they don’t plan to activate the helper then.

Rangers: Right-handed helper Matt Bush (right forearm strain) can be left off the injured list as early as Sunday after being out since June 25. Woodward believes it was a good break for Bush, who the manager says is feeling fine and normal.