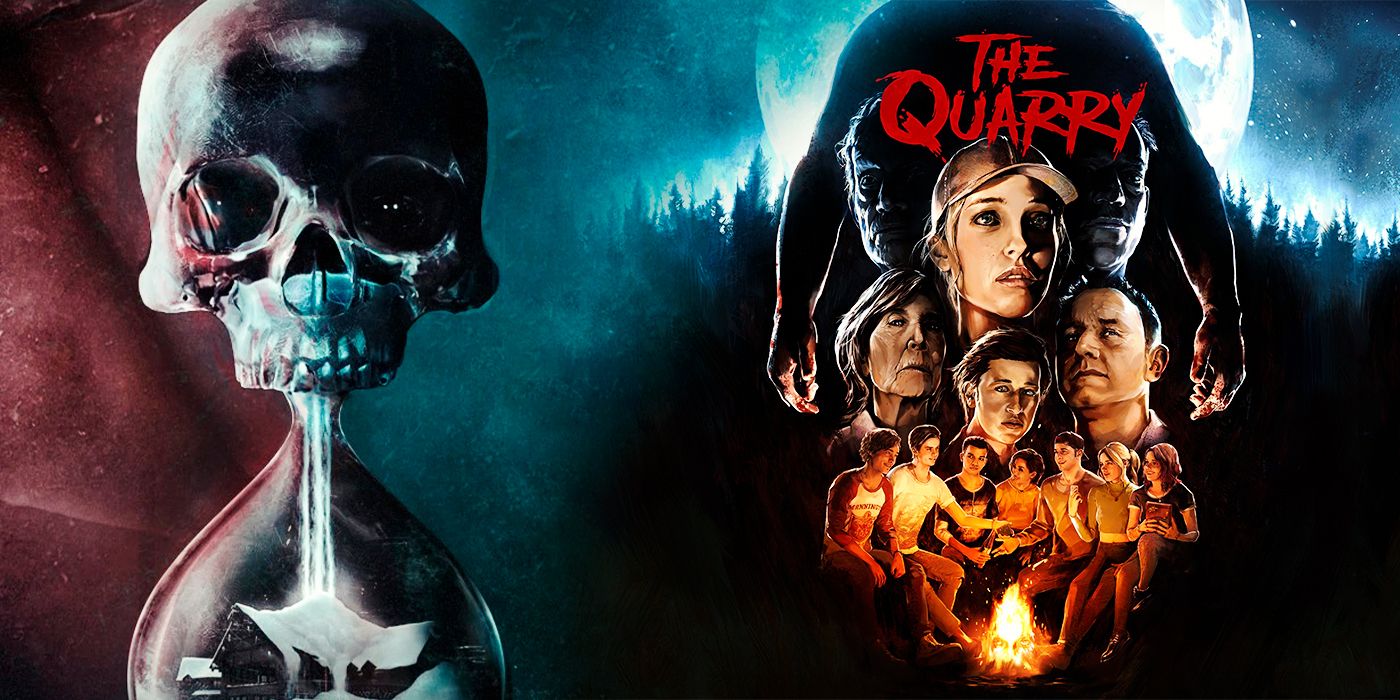 Supermassive Games has done it again with a phenomenal dramatic horror game called The Quarry. While the game has achieved nothing but success with both its intense gameplay and hands-on Movie Mode experience, one key aspect of the game seems a little too familiar to fans.

In the developer’s previous post Until dawn, players fight ferocious monsters known as Wendigo throughout the game. Players bounce between characters, absorbing new events and making decisions, just like in The Quarry. Unfortunately, the developers may have made a crucial misstep: the Werewolves players are stepping in The Quarry are almost identical copies of the Wendigo Until dawn.

While the action in The Quarry well thought out, meticulously crafted, and fine-tuned down to the last detail, it seems like Supermassive has given up trying to create a new and improved enemy for players. Apart from that, the monsters in both games are horrifying and scary. Wendigo are the main antagonists of 2015 Until dawn. They are the victims of an ancient curse on Blackwood Mountain, possessed and transformed by Native American spirits of the same name. While possessed by these spirits, the Wendigo have an insatiable hunger for human flesh—a trait that should already be familiar to players The Quarry.

Based on looks alone, the Wendigo and the Werewolves look incredibly similar. Both are hairless creatures, which doesn’t make much sense based on the werewolf lore that everyone knows. The werewolves also don’t seem to have a snout like most canine or wolf-like creatures. Instead, they have demon-like mouths with long tongues and razor-sharp fangs, just like the Wendigo.

The game also only refers to the monsters as “the creatures” for a significant portion of the game. This, in turn, leads to a very anticlimactic reveal when players choose to take the fireworks out of the safe while controlling Emma. While being pursued and chased by one of these “creatures”, players can throw fireworks in the monster’s face as a distraction. This will cause a path update to appear with the description “Emma set off fireworks in the face of the attacking werewolf”. This is one of the first times the identity of these creatures has been confirmed. It seems like Supermassive wanted to increase the suspense of not knowing exactly what was out there chasing the characters, and aimed for a wild and wacky reveal that seems to fall flat.

RELATED: The 9 biggest video games to be released in June 2022

Upon reviewing things, players have found that there really isn’t anything that differentiates the Wendigo Until dawn and the werewolves out The Quarry. According to tradition, werewolves are nocturnal predators who only transform into their true form when the moon is full. They are fur-covered creatures with elongated snouts and jaws with massive canines that pierce flesh and bone. Nothing that is commonly known about werewolves is shown in it The Quarry. However, they implemented the familiar effect of being bitten or scratched by a werewolf thought to transmit the disease.

Yes, The Quarry is the spiritual successor of Until dawn, but that doesn’t mean Supermassive couldn’t have created an entirely new, unknown creature for players to confront. It almost seems lazy to include a monster with such strong resemblances to the game’s predecessor. While the game lives up to the zany horror and immersive storyline that Supermassive Games is known for, the game’s “werewolves” are somewhat of a disappointment to fans. Additionally, players wonder if the creatures they are fighting are werewolves or not before the reveal, causing quite a bit of confusion early in the game. Hopefully Supermassive will amplify the werewolf experience when they release a sequel The Quarrybut players will have to wait and see what the future holds.