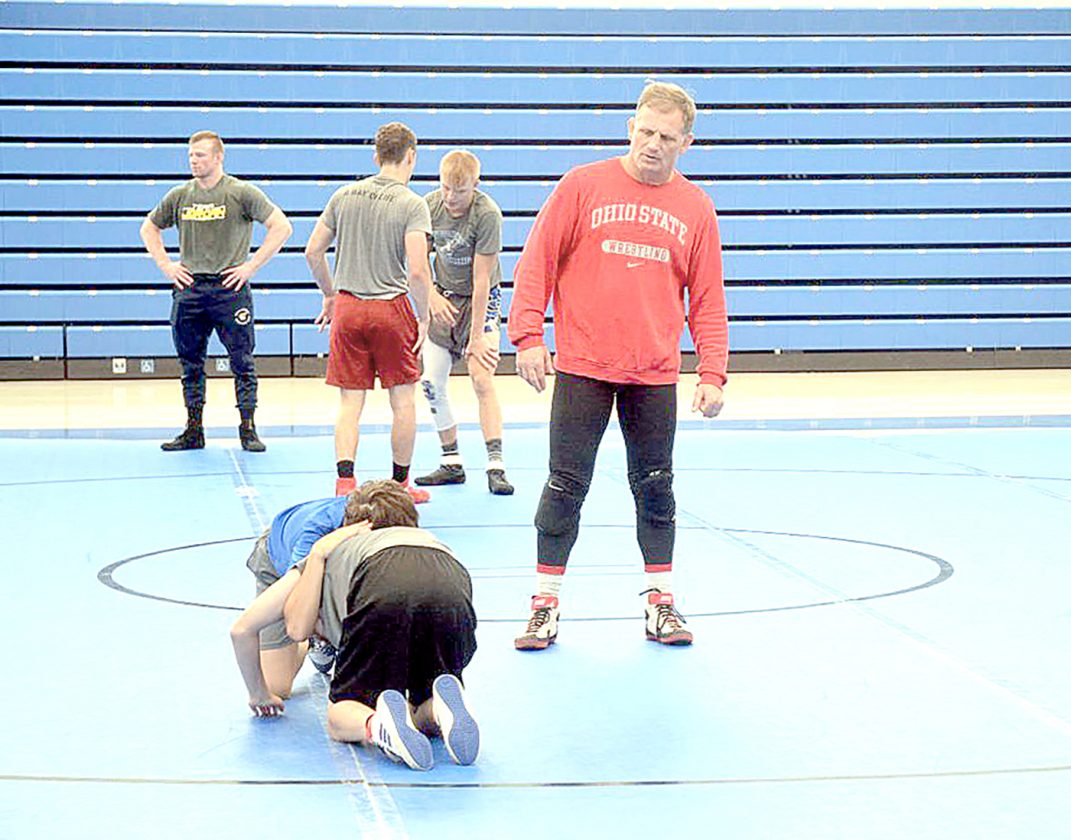 The three-day camp began Wednesday with Ryan, who has been at Ohio State since the 2006-07 season and is a two-time NCAA Division I Coach of the Year (2009, 2015), Buckeyes’ Jordan Decatur, a three-time OHSAA Division II State Champion at the Cuyahoga Valley Christian Academy and Paddy Gallagher, a two-time OHSAA state titlelist at DI Lakewood St. Edward’s and the nation’s No. 1 for 2021, ranked at 157 pounds total recruit.

Ryan returned Thursday with four-time OHSAA state champion Bo Jordan from St. Paris Graham, who was 182-1 in his prep career. He was also a Big 10 champion and NCAA runner-up.

Along with Ryan, Friday’s clinicians included two-time NCAA All-American Ethan Smith, who was a consecutive Maryland state champion at Sparrows Point High School and finished his career with 83 straight wins (42-0 as a senior and 41-0 during the junior season) and Gavin Hoffman, who achieved All-American status last year after a stellar prep career at Montoursville, where he was a three-time Pennsylvania state champion, including an undefeated 45-0 senior season.

Each day’s theme focused on different aspects of the sport.

On Thursday, Ryan and Jordan emphasized the importance of doing the little things to win close games.

“We focus on those little things because they’re easy to miss. Everyone wants the shiny new toy.” he added.

During a break between sessions, Ryan reflected on the past season and what’s in store for the upcoming campaign.

“We have a certain lead this season and a lot of guys have gained valuable experience from last year,” he added.

Ohio State has the #1 recruiting class for next season, which put a smile on Ryan’s face.

“We expect some of these guys to intervene directly.” he continued. “Two of them are on the World U22 team.”

“The COVID year hurt” he said in terms of recruitment. “We had this new facility, but we couldn’t get in. We’re in it now and the recruits are seeing it and they’re loving it.”

He was referring to the Jennings Family Wrestling Facility. The new structure includes a state-of-the-art five-mat practice facility, as well as offices for coaches and the student-athlete area. The facility will be located in the Athletics District and will provide student-athletes with a place to call home.