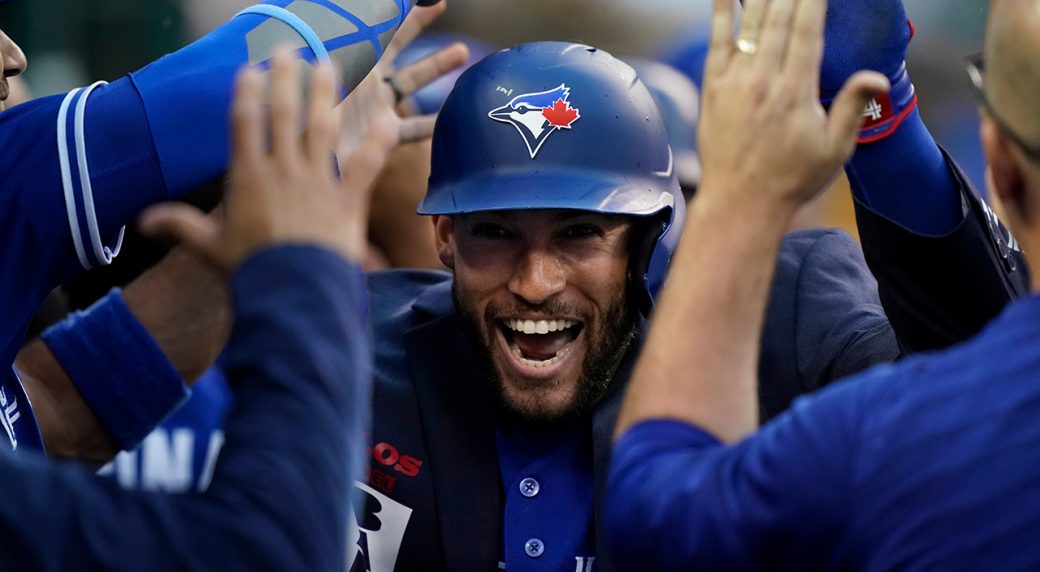 DETROIT – Rarely do games run so smoothly – especially for a Toronto Blue Jays team that has already played 22 one-run games.

And to be fair, that wasn’t exactly how manager Charlie Montoyo would have written it. A 26-minute rain delay cut off Jose Berrios midway through the third inning, and the Tigers hit a late run. But realistically, it would be hard to ask for much more than a 10-1 win that saw the Blue Jays hit three homers and Berrios dominate for the second straight season.

Last weekend, Berrios rebounded from some recent struggles with a 13-game strikeout in which he had 19 swinging strikes. He was just as effective this time, albeit with a little less swing and misses (five strikeouts, seven swinging strikes) over the course of his 102 pitches.

All in all, it’s reassuring for the Blue Jays to see Berrios returning to his form with six years and $120 million still on his contract past this year. Medium term, he looks like someone who could start a playoff game. And even more immediately, he saved the bullpen by setting up eight innings of one-run baseball before Jeremy Beasley stopped it. Considering the Blue Jays’ bullpen had to go 7.1 innings in Kansas City two days ago, his start was well timed.

Lourdes Gurriel Jr., George Springer and Bo Bichette all hit in a four-batter span in the second inning and the game was immediately out of reach for the Tigers. At this point, the only real threat was rain, but the showers quickly subsided, giving way to a rainbow across midfield, and the defeat continued.

Springer had three hits and a walk before being removed for a pinch-hitter in the seventh inning while three-timed from the cycle. Bichette and Gurriel Jr. each added two hits, as did Vladimir Guerrero Jr., Santiago Espinal and – stop me if you’ve heard this before – Alejandro Kirk.

By the end of the night, the Blue Jays had racked up 15 hits combined and had posted a double-digit total for the third time in the past two weeks. Offensively this is as good as they’ve looked all season and that’s before we even get to Gabriel Moreno, their top catch talent who joined the team at Comerica Park in anticipation of his activation on Saturday.

“We feel like he’s ready to come and do his part,” assistant GM Andrew Tinnish said ahead of Friday’s game. “Obviously Kirk doesn’t catch every day, does he? There aren’t too many catchers that are there for 120 games. That’s pretty rare these days. That obviously helped him develop into the attacking player he’s become.”

Moreno expects to catch at least two or three times a week while Danny Jansen recovers from a broken finger and the Blue Jays believe he’s up for the challenges of dealing with a big league pitching staff. He also knocked out 15 of 28 potential base stealers at Triple-A, a reflection of his arm strength.

As Tinnish said, “An athletic defender who moves well and throws really well.”

Meanwhile, a key helper is on his way to returning to the Blue Jays’ bullpen soon. Tim Mayza joined the Detroit club’s taxi team and is likely to be activated later this weekend. At that point, he’ll offer Montoyo another reliable late-inning option.

Hyun-Jin Ryu’s status is less clear as the left-hander continues to consider various treatment options after Dr. Neal ElAttrache examined his injured elbow. Regardless of the decision Ryu and the Blue Jays make, he’s likely to miss an extended period of time as Ross Stripling once again takes his rotation spot and there’s no clear sixth option behind it.

To be fair, most teams have questions at the end of their rotation. After Friday, the Blue Jays have a lot to like about the way their opening-day starter is recovering from his struggles earlier in the season.