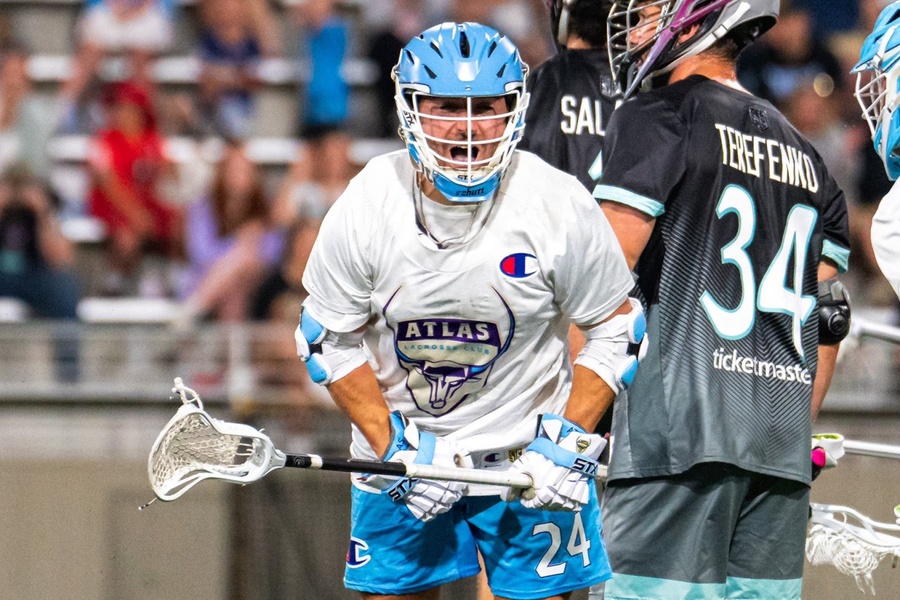 Remember the first PLL season when it seemed like every game would go into overtime or at least be decided by a goal? Well that drama is back as five of the league’s last six games have been decided by just a single goal, including two more on Friday night at TCO Stadium outside of Minneapolis, Minn.

In the first game, Marcus Holman scored four goals, including a 2-pointer, to secure a 10-9 win for the Archers over the Redwoods. With the win, the Arrowmen go 3-2 with a league-best goal difference of plus15. With the loss, the Grizzlies drop to 1-4 and have a goal difference of minus14.

At the nightcap, Atlas fended off another Chromeback when Jeff Teat struck a crucial goal with just a minute remaining to give coach Ben Rubeor’s team a 14-13 win.

The win puts Atlas 4-1 and ends Chrome’s unbeaten start to the season. They are now tied at the top of the table with a plus 13 goal difference.

Both teams now have two weeks off as the league has a bye week July 8-10 and hosts the All-Star Game at Gillette Stadium on July 16. Atlas returns to action, hosting Redwoods LC at Fairfield University’s Rafferty Stadium campus on July 23, while Chrome take on Waterdogs and Archers take on Cannons on Saturday.

Atlas FOGO Trevor Baptiste initially won 12 of 15 faceoffs in the first half and his dominance continued in the second half when, as he said after the game, he “popped a hammy” and struggled to close the last five or so to win. offs reportedly only on his left leg.

Baptiste finished 16 of 25 and, possibly a stroke of luck for the Atlas, a 24-goal game in the first three quarters had just three in the final frame, easing his workload.

Although the Atlas benefited from a possession advantage that led to a 12-6 lead early in the third quarter, that wasn’t the only reason for their angry offer. A balanced display of attack – Teat and Eric Law each had two goals and an assist, and Chris Gray (2G, 3A) played perhaps his best game as a pro – and Cade van Raaphorst assisted Danny Logan with a 2-point himself shot.

Chrome, leaning heavily on transition offense to fill the void created by his dormant attack at Homewood last week, was given a good indicator early on when Dylan Molloy went to the rack to open the scoring for his team .

Like last week, Chrome didn’t get going until midway through the third quarter when Logan Wisnauskas caught fire six down and Molloy and Brendan Nichtern wrapped assists around a goal he scored himself, scoring three points in 2:16 with Chrome inside 12-9 3:50 to bring to play in the third. Colin Heacock assisted Jackson Morrill, then Eli Salama assisted Mike Messenger 17 seconds later to put Chrome inside one. Jordan MacIntosh scored 31-31 to go into third to even the action at 12-12 and it seemed like Chrome was a snowball rolling downhill.

Coach Tim Sudan was with the team earlier in the week but returned home due to ill health, allowing assistant Jacques Monte to step in temporarily. The team’s surge was notable not only for its suddenness, but also for its resemblance to last week. Most disparate, however, was 12 minutes remaining after Chrome equalized the score (not just overtime). Jake Carraway gave Atlas a huge momentum goal to stop the bleeding and put Atlas back in front, Wisnauskas reconnected and Teat benched the game winner.

Looking at the box score after the game, it’s very clear – attacker Marcus Holman’s performance was the only thing that made the difference between a win and a loss for Archers on Friday.

This week, Nick Ossello coined the term hate barometer to measure the typical advantage of whipsnakes at faceoff X and in goal. His argument is that if Joe Nardella’s winning percentage and Kyle Bernlohr’s saving percentage combined exceed 110, the Whips will be very hard to beat (in fact, the ‘Woods lost to them 12-11 last weekend). Well, the Redwoods — goaltender Jack Kelly instead of Tim Trooutner — got a combined 119 from Kelly and faceoff specialist TD Ierlan, and it wasn’t enough.

Additionally, the Redwoods’ D — considered the team’s forte — had a good game as Eddy Glazener and Garrett Epple both conceded two TOs and kept the Archers at their lowest total goal of the season.

The Redwoods’ offensive struggles continued, however, as they committed 20 turnovers against the Archers’ 16 and shot 9 of 35. One bright spot was Rob Pannell, who appeared to have worsened a hamstring injury sustained earlier this season in the first half, remaining in the game and finishing with a goal and four assists. The Woods produced well from their midfield as Charlie Bertrand, Myles Jones and Jules Heningburg all scored twice and Heningburg added an assist.

He further isolated Holman’s role in Archers’ victory by scoring the game’s only 2-point goal and, as it gave the win a lead, scored just before the half-time buzzer (Archers also got a buzzer-beater in the first quarter ), came off a pick and roll that looks very repeatable and might have been good with a 15-yard 2-point arc, it was clearly the game of the game.

However, given Holman’s reaction to his fifth goal, which also showed the value of his special ability to get the ball out of his racquet quickly, this game will probably not be the most enduring highlight of the evening.