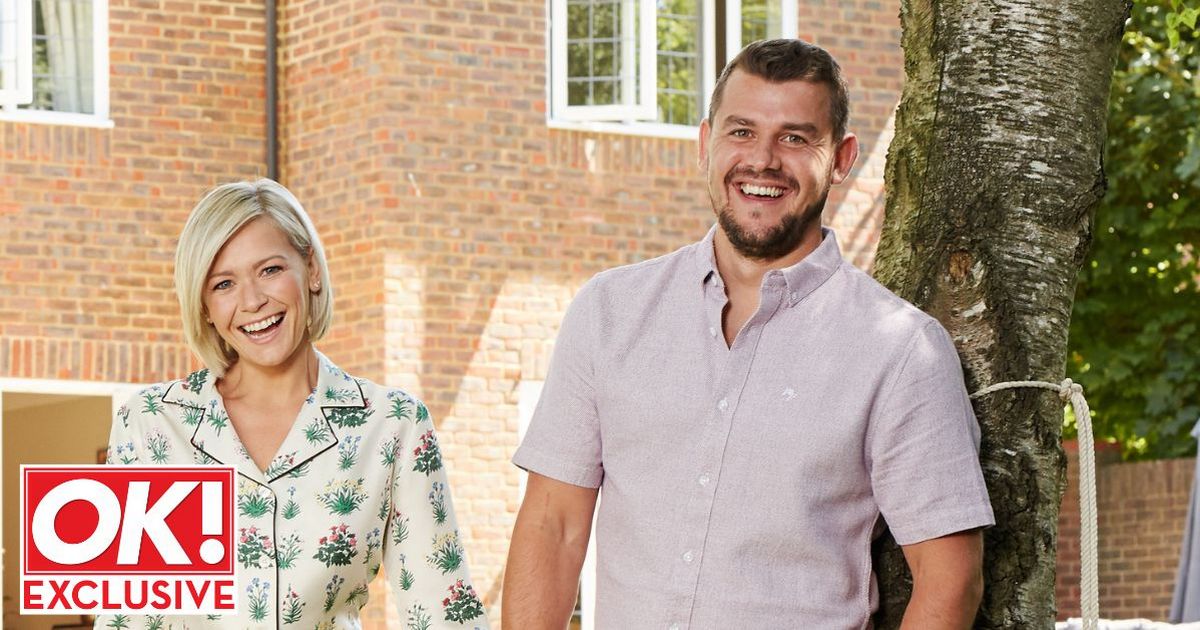 Pop star Suzanne Shaw hasn’t had it easy when it comes to dating. She fell in love with music star Darren Day in the early 2000s, but the couple ended things shortly after welcoming their son Corey, now 17, in 2005.

That same year, she met TV presenter Jason King and fell in love with him. The couple married in 2009 but sadly separated three years later.

But now Suzanne, 40, has finally found her happy with businessman Sam Greenfield. The couple met shortly after their divorce and got engaged in June 2014, just before they welcomed another baby boy, Raffety, now six.

And now Suzanne faces another exciting chapter in her life as she is set to wed Sam in a high profile wedding next year.

Get exclusive celebrity stories and fabulous photoshoots straight to your inbox The daily newsletter from OK!

“We have this running joke that we have the longest engagement in history. We’re like JLo and Ben Affleck — kind of engaged and non-engaged — although ours has been active the whole time,” she said OK! during an exclusive chat about TRIBE’s Run for Love event. “We’ve been engaged for years and haven’t tied the knot yet.”

Suzanne explained that she and Sam originally planned to hold an intimate ceremony this September, but with Covid-19 and work commitments getting in the way, they decided to postpone it.

Instead, they have decided to celebrate the wedding next summer either at their home in Buckinghamshire or in one of Sam’s favorite places: France.

So why didn’t it take that long for the couple to get married? “Both me and Sam are really terrible decision makers and it always ends up with me having to make a decision and I keep saying, ‘You have to stand up, you have to take half of that decision away,'” she said.

Suzanne continued: “All I know is that he prefers not to make the decisions so he doesn’t take the blame if things go wrong. I just think I just have to do it and we’ll just get married. ”

When we asked her about the location of her dream wedding, Suzanne explained that visiting France as a family had a massive impact on her decision.

She said: “I think we have a fondness for France, we’re going to France on Saturday [just gone], so we’ll talk about it there and drive around. I think we’d like to do it somewhere in a nice little castle. Really keep it simple, have a bit more guaranteed weather.

“Sam loves Europe and he especially loves France. I think that would be really nice for him. or go to France. We’ll be looking around a lot this week when we go to France.”

Now that she’s said it out loud, Suzanne is hoping it will make her “accountable” to finally tie the knot, as she told us, “I said it out loud, printed, there’s no going back.” On her children’s thoughts on their inevitable nuptials, she added, “Our little boys are dying for us to make it.”

While it seems like there are no signs of a Hear’Say reunion anytime soon, Suzanne said they will definitely be invited to the wedding. She shared, “I’m sure they will [Hear’Say] will have an invite. I don’t know if they can come.

“I was invited to Kim’s wedding and ran a marathon in Amsterdam, so I couldn’t make it. But yes, it would be nice to have them there. But who knows, who knows.”

The TRIBE Freedom Foundation’s Run for Love event is a 260km, multi-day ultramarathon that has raised over £150,000 to help end modern day slavery.

For all your updates on Suzanne Shaw, sign up for our daily OK! Newsletter.