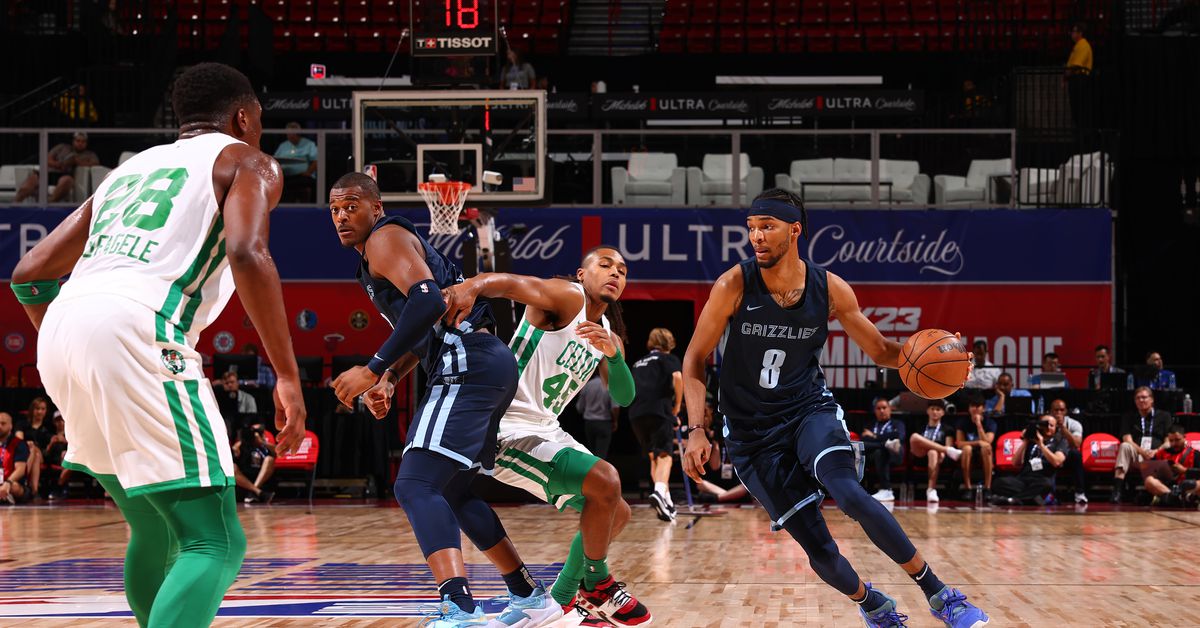 The Memphis Grizzlies had a chance to return to the Summer League Championship as they stayed around the top-3 and had the points difference to make things interesting. To do that, they would have to outlast the Boston Celtics.

The Grizzlies didn’t start well, falling 14-3 due to poor shooting. While the Grizzlies were on the right foot throughout the game, the Celtics were more powerful – attacking with physical strength on both sides of the ball.

Ziaire Williams continued his experience on the ball as he had primary responsibility for the initiator in the starting group. Expected in a Summer League setting, there’s a mixed bag as it’s an opportunity for him to broaden the horizons of his game.

To start with the cons, Boston’s defense was powerful and lured him into 8 turnovers. They jumped into the fast lane on William’s daring plates while urging him to give his grip less leeway. He also didn’t generate many pennies (2 assists) despite it being a quiet game from the rest of the team.

However, the flashes were tempting. He continued to make good reads from the pick-and-roll, mostly with slip-bounces to the roll. What’s more fascinating is that Williams made some wonderful mid-range pull-up jumpers. He has a lot of potential to create in this zone.

Ziaire Williams shows off some fantastic shot creation flashes in this game. It’s really hard to contest his shot – ideal size, high on his jumper and leaving the ball at a high release point.

Could be in line for an important role this season

Ziaire Williams showed more comfort as the Summer League action progressed and his performance here could be key for him off the bench. With Melton and Anderson gone, they lose a solid scoring punch and some relief. These are areas Williams worked on in Summer League and could result in a crucial 6th roll off the bench.

The Grizzlies have another Summer League game to wrap up basketball for a few months. Stay with GBB for more coverage.