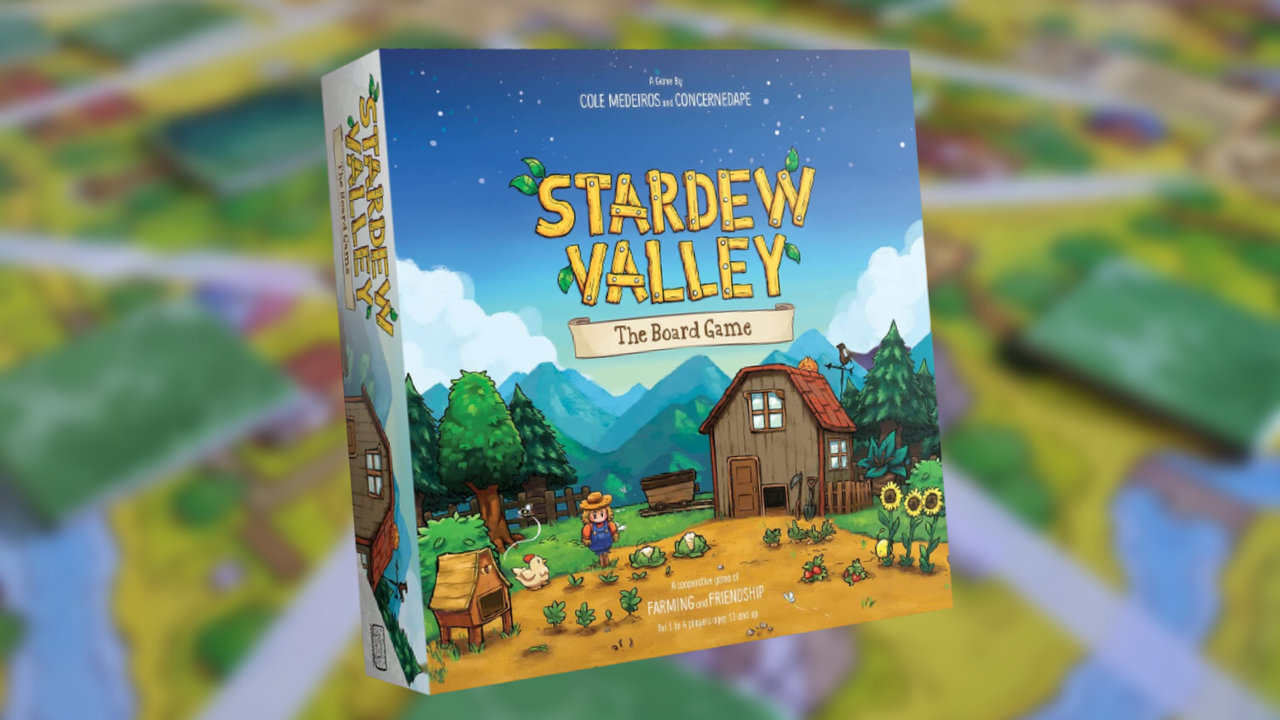 The farming and socialization simulator Stardew Valley has proved hugely popular, selling over 20 million copies across a variety of platforms since its release in 2016. With his mix of resource generation and strategic building, he’s a bargain for a cooperative board game adaptation and Now We Have One, courtesy of the same publisher as the video game, ConcernedApe.

Packing the sheer variety of a video game into a cardboard box is no easy feat, let alone trying to recreate the chilled feeling of farming in the valley. So it’s a bold move for a video game developer to try their hand at board game design for the first time. But at the same time, it’s hard to imagine anyone better than capturing at least the spirit of the original.

What’s in the box

At the top of the box is the rule book with a nice welcome letter on the cover, commemorating the opening of the video game. Beneath it lie small pieces of cardboard that have been punched out sheet by sheet. Tiles for fish, tiles for minerals, tiles for crops, tiles for looting and even tiles for ancient artifacts. There are so many tokens that the game even includes a special tray to sort and store those that don’t belong in the pouches provided.

The fold-out game board with a map of Stardew Valley and lots of accounting compartments, plus some stacks of cards, dice and pawns complete the content. The game uses standard pawns rather than miniatures or standees, and the dice are custom printed.

Everything is illustrated in a fun cartoon style that’s very reminiscent of the source game without veering into pixel art. It gives the game a strong sense of identity while also reminiscent of the video game version while still being clearly its own thing. The whole build looks great on the table, even without the benefit of miniatures.

rules and how to play it

Given that the video game offers a smooth, tutorial-based introduction, you might be surprised to find that Stardew Valley: The Board Game is moderately complex. At the beginning of the game, you deal a choice of targets from two decks. One of them is Grandpa’s Goals, which offers varied goals at a high level, e.g. B. that each player completes the game with three friends or explores the bottom of the mine. The other deck determines what is needed to repair rooms in the community center. These are resource based, require amounts of things like gold, fish or minerals and start face down. Your playgroup must work together to uncover and reach them all in order to win.

At the start of each round there is a season card that features either a feast or a variety of pre-round effects that can range from rain watering your fields to the evil Joja Corp smacking charges onto board locations. There’s a lot of variety here, including additional sub-event decks for more detail, and it really helps keep players engaged and engaged with an otherwise boring phase of bookkeeping.

The actual gameplay consists of you selecting a location on the board and either performing two relevant actions there, or performing one and then moving to an adjacent location to perform a second action and loot along the route. Location actions include things like buying seeds from Pierre’s general store in town, planting them, and then moving to the fields to water them and possibly harvest them. Over time, you can fish in different locations, buy buildings and animals for your farm, explore the mine, and gift items to the museum.

In most cases, actions allow you to obtain or exchange resources that help you further the goals of the game. And if it’s your first time playing, you might be surprised. While the Stardew Valley video game is known as a chill activity, the board game is quite challenging. Because some of your objectives are secret, you must reveal some early on and then create a game plan to complete them. And if you don’t plan well, chances are you’ll lose.

While the Stardew Valley video game is known as a chill activity, the board game is quite challenging.

If you prefer to play a more relaxed session, then Stardew Valley: The Board Game offers you some sessions with less challenging difficulty. But from the perspective of an average cooperative board game, that’s a good thing. It rewards replay to learn the nuances of strategy and encourages groups to work together and find creative solutions to problems. The different objectives ensure this process is never easy, while the random shuffling of cards and dice ensures it never becomes mechanical.

However, these random effects cause problems with some of the targets. One of Grandpa’s goals is to get to the bottom of the mine and explore down there, is a mix of dice and card drawing and can be extremely moody. Another objective requires legendary fish, which are very rare and rely on luck to pull them from the bag of fish tiles, followed by a successful dice roll to catch them.

You can, of course, just leave out most of the luck-based targets before you deal them, but luck is baked into the whole system. In order to uncover the objectives of the community center, you need hearts. To get hearts you need friends and to get friends you have to give them a gift, but you won’t know which gift until you meet them by flipping the card. That can cost valuable time in a normally tight game, but all you can do is try to increase luck by collecting as many different items as possible before trying to land a friend.

It’s also a game that tends to flag towards the end. Disclosing goals, creating a plan to achieve them, and then watching that come together as your farm grows and thrives are the key ingredients of the allure here. Aside from the excitement of pulling tiles, the actual rounds are somewhat mechanical and begin to repeat themselves as the game comes to an end. It’s often clear if you’re going to win a few rounds before you get there.