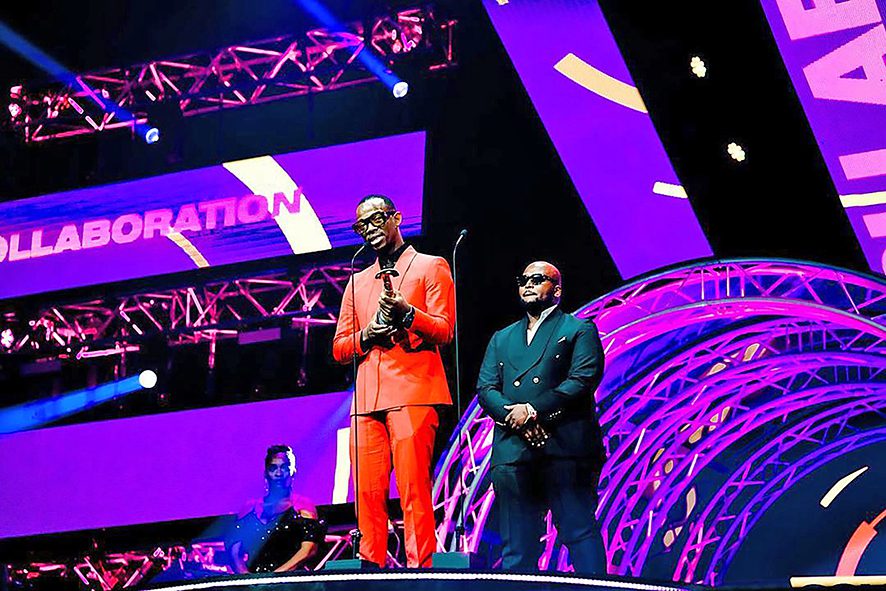 The South African Music Awards (SAMAs) proved once again that people in this country have serious responsibilities.

I’m sure a high school graduation dance for a village school can do a much better job than the one that organized the supposedly most important music awards in the country.

The 28th edition of the awards was held in Sun City, North West this past weekend.

Most of the nominated artists ignored the invitation to participate, while some of the participants slammed the event on social media. The poor sound quality and the handful of performances were embarrassing.

The first night aired on TikTok was a complete bore with everyone just picking a VIP chair due to lack of attendance.

The red carpet ended earlier than expected as no celebrity or influencer showed interest, while Makhadzi walked around in just her two-piece crop top and leggings.

The Venda Queen was the biggest performer for the two nights at Sun City, but only got the chance to perform one song per night. The furious artist said she no longer wanted the awards and would rather make music for YouTube.

Hip-hop star Emtee continued to express frustration and supported the idea of ​​creating another independent national music awards platform that would be fair to the industry and artists.

Despite bagging his first two awards at SAMA28, Zakes Bantwini claimed the organization had turned into a corrupt space and promotional event.

Most annoying was the separation of celebs and audience at the after party. Fans were there to support artists they voted for and wanted to see perform.

But all was not somber and ominous as the second night’s red carpet brought the event to life.

DJ Cleo was definitely the highlight of the night as he rode his CLE000 motorcycle onto the stage to disrupt the moment and force the focus on himself.

Although fuel is expensive in the country, he didn’t mind revving it for almost anyone who asked for it. He stole the spotlight from Priddy Ugly and Bontle Modiselle-Moloi, but they didn’t want to leave it at that.

The power couple were outside in corridors taking photos of each other. Priddy Ugly must have enjoyed seeing his baby in this sheer mini piece showing the babe. These two just looked like high school sweethearts on a date.

Gugu Khathi and Enhle Mbali should have just asked Kanye West for head and face coverings to match their blue and orange, respectively. It seemed like they just wanted to have their bodies covered in one color. Could have painted those faces too.

It seems that Boity and Anton Jeftha are the couple he thinks they are and no one will tell him otherwise. At least they still believe in matching outfits to mark territory when going out.

Shwa just wants to know who on earth upset Eugene Mthethwa? The guy walked around like he had a hot potato in his mouth. Is that what the SAMAs do to artists?

Next time it’s important to have notice boards telling people where to sit. Shalate Sekhabi and Wanda Zuma literally wandered around, unsure of where to sit. Surely the organization failed to pay ushers?

For the latest entertainment news from Sunday World, click here.

Or read the latest from Shwashwi here.