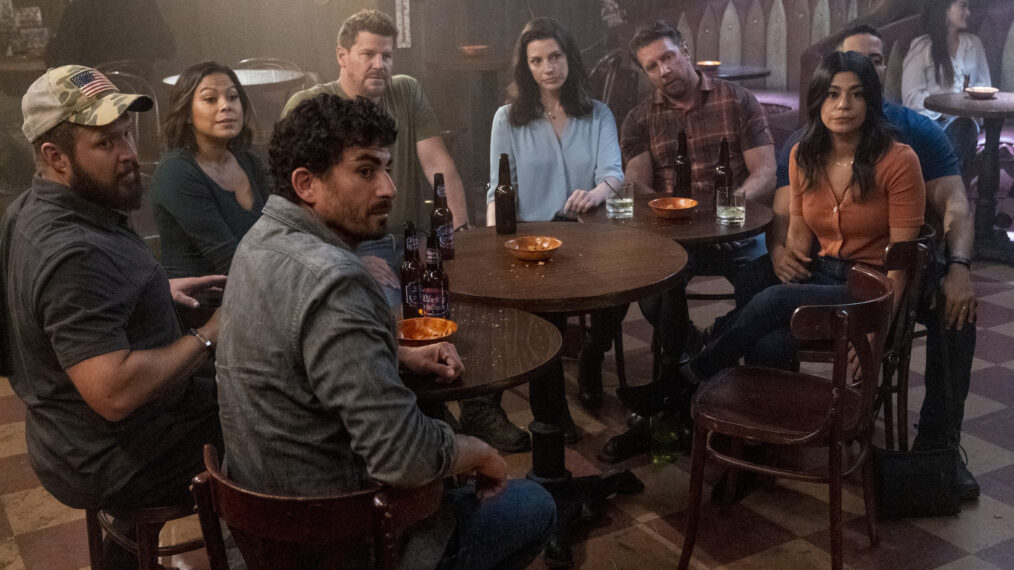 Marine Special ForcesSeason 6 of may just have started, but after this wild premiere, we need more — and we should at least get a movie.

Paramount+ announced in February that it would expand the military drama universe with a standalone film from the series’ creative team of David Boreanaz, Christopher Chulack and Spencer Hudnut. When we caught up with Hudnut recently, we tried to find out more about what the future holds Marine Special Forces. Also, get a taste of how the current season ends and more.

can you tell something about the movie

Spencer Hudnut: Not really at the moment. We just wrapped Season 6 in Jordan a week ago. So our focus is just on getting off to a great start and hopefully giving the fans a great season. And after that, Movie, Season 7, there’s a lot more stories to tell and we’re looking forward to telling them – hopefully we’ll have the opportunity to tell them, I should say.

So do you know if the movie would be between season 6 and 7? Or not yet?

There are still many discussions going on about this. So I think there is a lot to clarify.

I know Season 6 is just getting started, but are you confident about Season 7?

I’m very confident about the stories we’re telling in Season 6. And I think my hope is that audiences will be excited about what we’re doing. I hope they feel that we keep raising the bar just in our production value. That’s why we went to Jordan for the last month to shoot the last parts of the last four episodes. We try to keep raising the bar and give our audience as good a show as possible. We try not to repeat ourselves, we try to keep the show fresh. And so I think by the end of this season we’re leaving our entire Bravo family in a place where there’s clearly a lot more to tell. So yes, I hope we can continue to move forward and have that deep connection with our audience. Speaking of not repeating ourselves, does that mean we shouldn’t expect Season 6 to end with all of Bravo in jeopardy again, like Season 5?

[Laughs] Yes, looking back on Season 5 we made that move to Paramount+, nobody knew if it was going to work or not. We had some question marks, so on one hand, I felt like leaving Bravo in the middle of a gunfight was almost appropriate since the show was about these eternal wars and it was the 20th anniversary of the war on terror. But at the same time, there were so many question marks about potentially losing members of our cast, and that necessitated the cliffhanger. I think we’re ending this season in a place where people will want to come back and see us get Bravo out of their next predicament.

And the move to Paramount+ has been good because you can do more with the kind of show you have.

Oh sure yes Just creatively and from a writing point of view it was so liberating. I think it’s allowed us to delve a little deeper into those storylines, be a little darker, and we pride ourselves on our authenticity, and I think the show feels even more real than it might have been on CBS. We didn’t want to change the formula too much because obviously we had a strong audience on CBS, but I think it was a really good move for the show. And I think especially this season you really get to see what we can do with 10 episodes. So, from a writing perspective, it was exciting to break a season that was really only 10 episodes, versus 22 in the past.

Speaking of real, opening up the premiere and just being able to have the characters swearing as opposed to what they would have to say on CBS.

[Laughs] Not exact. It always felt a little disingenuous that these guys had their shit ripped off and they didn’t really speak as authentically as they would. So that was definitely a plus for us. While I get a lot of messages about our use of the F-word on social media, some people aren’t exactly thrilled with it. But no, I think the actors really took that step. The writers and directors have embraced it. So we are excited about our new home.