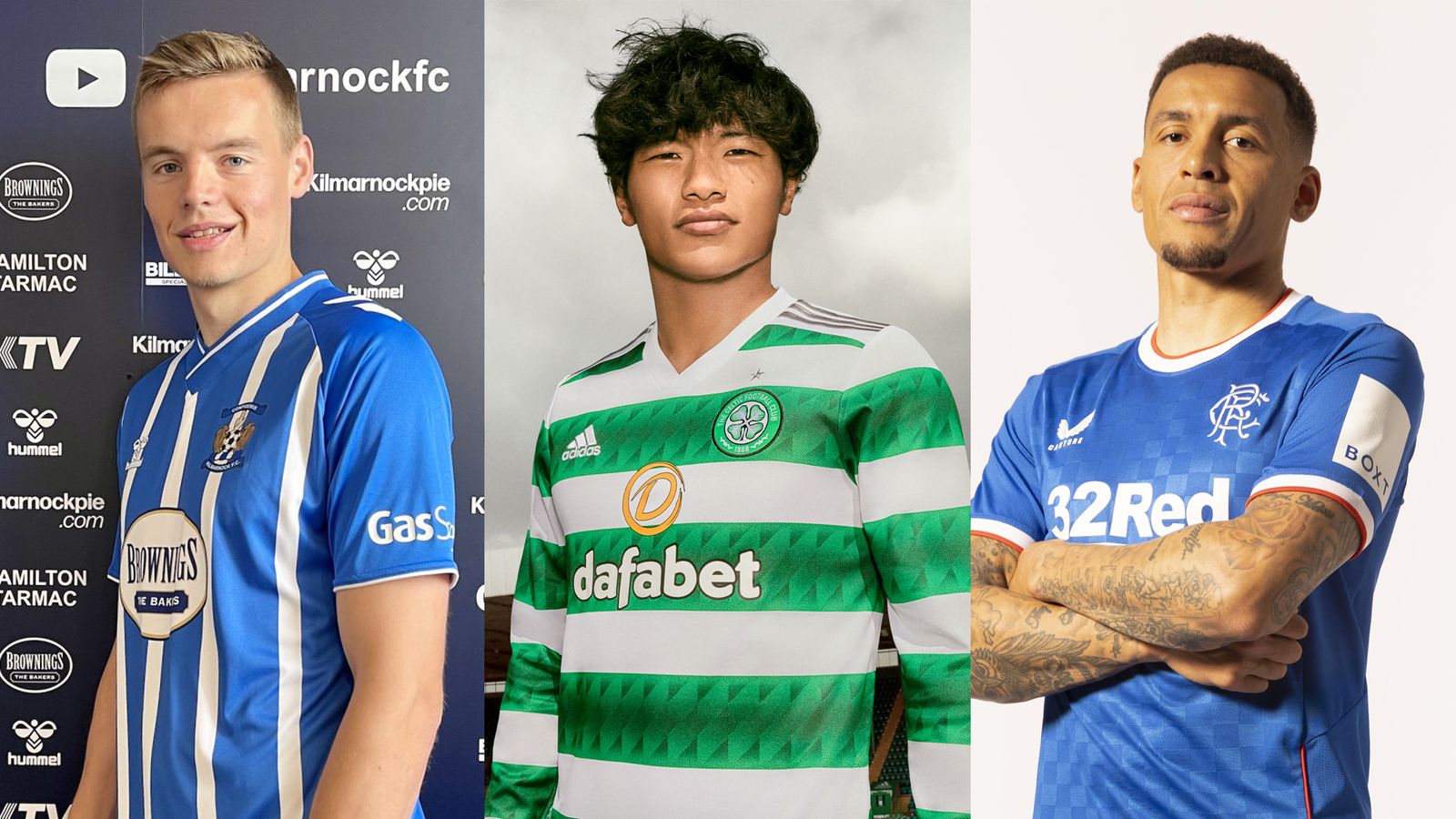 Scottish Premiership clubs have released their latest home kits for the new season.

Many have gone back in time for a retro feel for the 2022/23 season, while others have stayed true to tradition.

This season’s shirt is inspired by those worn 40 years ago when the Dons won the European Cup Winners’ Cup.

The home kit features the white pinstripe design synonymous with the victory in Gothenburg on May 11, 1983.

There will also be a number of events celebrating the greats of Gothenburg throughout the season.

It’s traditional with a twist for the Scottish champions as the new home kit combines the iconic green and white hoops with silver and metallic Adidas 3 Stripes on the shoulders.

The star above the club crest is also silver, while there is a subtle pattern within the green rings.

Tynecastle club have reverted to a more traditional home kit, reminiscent of the one worn when they last won the Scottish Cup in 2012.

Hearts also continues its partnership with MND Scotland, with the charity’s logo on the front of the strip.

The partnership was formed following the death of former captain Marius Zaliukas from the disease in 2020.

It features the traditional green and white colors of the Leith side, but incorporates some new design cues.

Easter Road is on the front of the kit, with the West Stand standing out against the green background.

The stripe is made from 100% recycled polyester material as part of Hibs’ Greenest Club in Scotland campaign.

Kilmarnock will sport his traditional colors on his return to the Scottish Premiership.

The home shirt pays homage to the 1994/95 and 1995/96 kits, with blue being the dominant color accompanied by thin white stripes.

The traditional colors of claret and amber are combined to create a wide amber stripe down the center of the shirt.

The back of the shirt is plain burgundy.

The new home shirt features a checkerboard pattern on the front with a thin red stripe on each side of the shirt.

Members of the independent fan club SMiSA chose the home kit, which incorporates the paisley pattern.

The design is used across the world and the club is proud that the first team, women’s team and academies will wear it on the pitch, while fans will wear it in the stands.