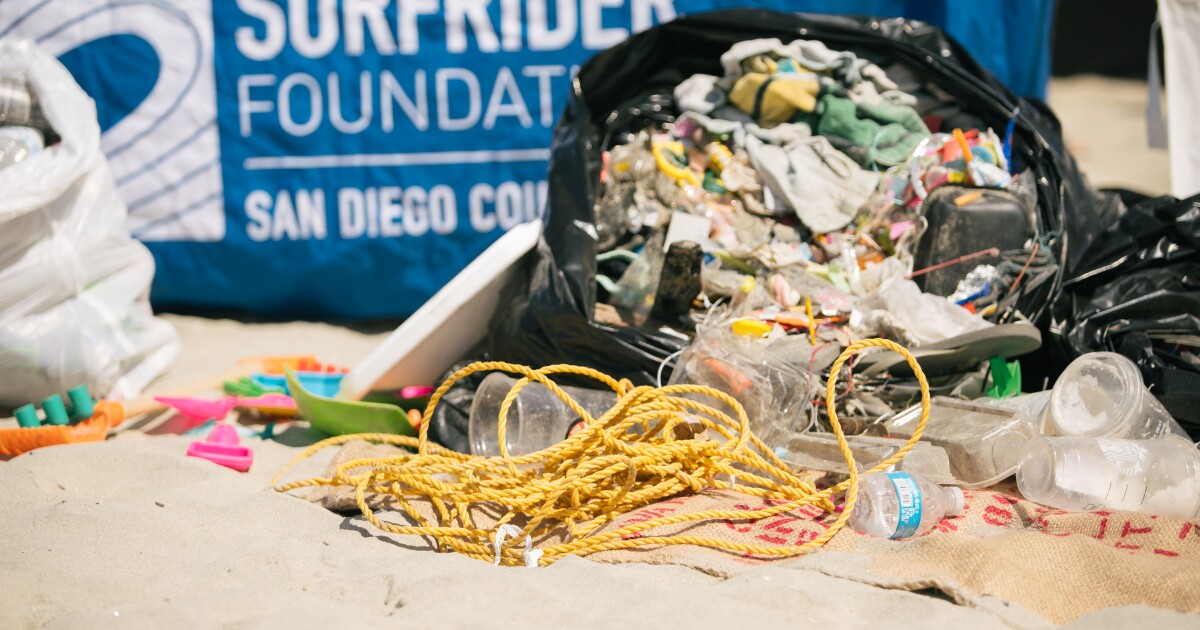 The San Diego City Council passed a single-use plastic reduction ordinance on Tuesday. The council passed an identical ordinance in January 2019, but it was blocked due to litigation.

Styrofoam products will not be permitted in City facilities, nor will City departments be able to purchase or acquire Styrofoam foodservice items. Food vendors will only be able to offer single-use utensils and straws upon request.

Surfrider Foundation, San Diego County Policy Coordinator Mitch Silverstein spoke at the city council meeting and was pleased with the overwhelming 7-1 vote in favor of the ban.

“All of these small local steps are the way to create that snowball effect, so we can have state, federal, and international action to replace single-use plastic with better alternatives,” Silverstein said.

The Surfrider Foundation said plastic makes up more than 80% of what they find when cleaning beaches in San Diego.

“Every week a new study comes out that shows they find microplastics in the human body, it’s in fish. It’s pretty much everywhere,” Silverstein said. “They found it in breast milk and even in human placentas.”

The Surfrider Foundation has been working on this order since 2018.

“Times have changed. Public perception and awareness of the problem of plastic pollution has grown exponentially,” Silverstein said. “Unfortunately, the problem is also growing exponentially, so it is even more important for us and for communities to take action.

And Silverstein said recycling plastic is not a solution.

“The industry has always told us that we can recycle it, but that’s actually not true, it’s basically a myth. Plastic recycling is less than 10% and the industry has been telling us that for over 40 years recycling has been the way to do it and it’s really so they can keep business as usual,” said said Silverstein.

“It is a human health problem. It is an environmental issue. It’s a climate issue,” said UC San Diego sophomore Byul Sak, CALPIRG UCSD Chapter President. She was one of four students who spoke at Tuesday’s meeting.

“It’s so imperative that our voices be heard because at the end of the day, it’s not the decision makers who will live in the future they’re shaping, it’s us who will live in that future,” Sak told KPBS. “We live in an economy that encourages us to buy, use and throw away at the fastest possible speed, and the system has been built around some of these plastics like containers, shopping bags, utensils and packaging, creating millions of tons of unnecessary waste and consuming a huge amount of natural resources.

Silverstein was happy to see student involvement in the issue. “It literally brings tears to my eyes…to see our young people so engaged today, because they are literally fighting for their future. They fight to live on a livable planet where they can go to the beach and not have to see trash everywhere.

San Diego is the largest city in California to ban styrofoam. Currently, more than 100 cities, including seven other cities in this county, have already implemented restrictions on styrofoam.

“All of these small local steps are the way to create that snowball effect, so we can have state, federal, and international action to replace single-use plastic with better alternatives,” Silverstein said.

The ordinance comes into force on April 1, 2023, but three exemptions are available: