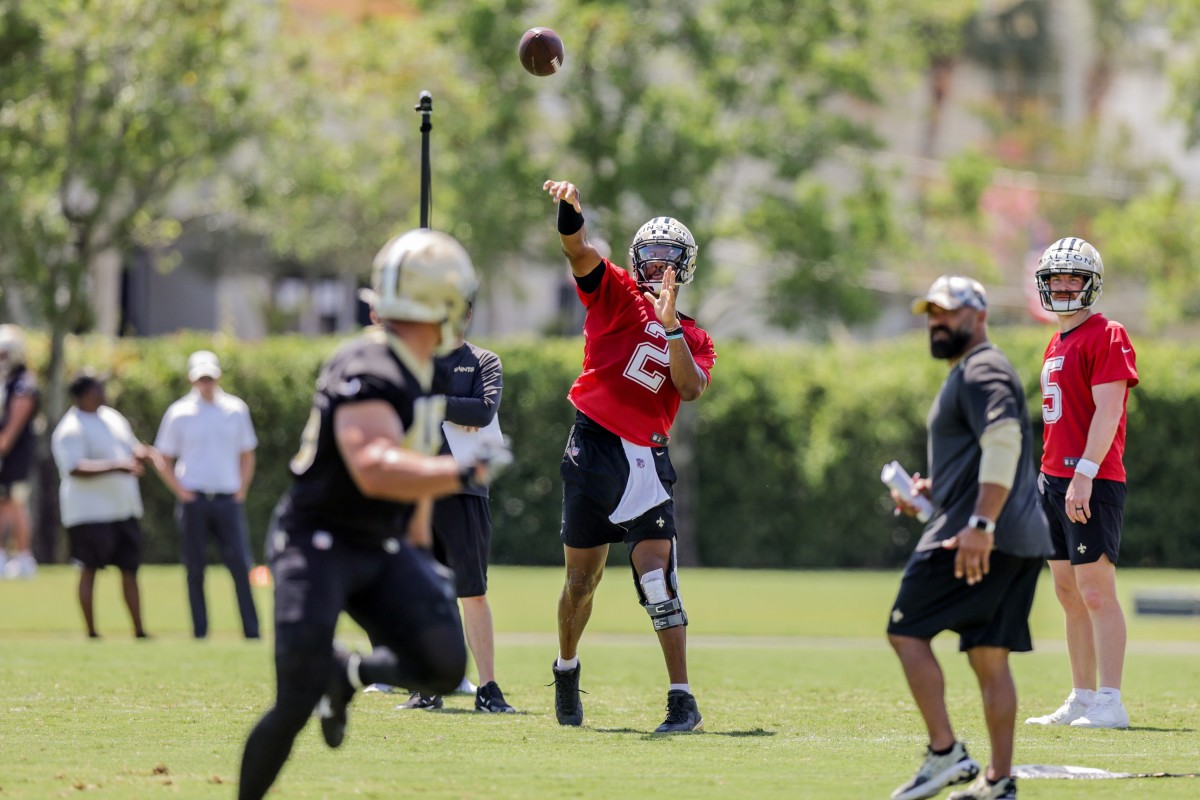 The Saints wrapped up their final OTA session on Thursday, and we had plenty of takeaways from the training session open to the media. Here are all of the notes and observations from Week 3 OTAs at Saints Camp, and we’ll be back next week with the team’s mandatory mini-camp starting Tuesday.

PARTICIPATION: The Saints have brought back some key players for this week’s OTA session. Returnees included Mark Ingram and PJ Williams, who were not spotted at the first two drills available to the media. Tyrant Mathieu and Albert Huggins also returned after going missing last week.

Dennis Allen said after practice that he expects all players to be in attendance for the mandatory mini-camp next week.

PRACTICAL NOTES/OBSERVATIONS: Tons of good things to dip into were observed during practice today.

GETTING BACK TO STRENGTH: Marcus Maye switched from non-participation to walkthroughs to individual practice to prepare. This is a great sign for the Saints as he is recovering from an Achilles injury last year. One of the other things that stood out for the second week in a row was that Erik McCoy was off and doing solo work at various times.

COACHING FOCUS: The pace set by Dennis Allen and the coaches was something special today. At one point, Allen didn’t particularly like the way the offense got to the line in formation, forcing them to do it again. Kris Richard called a lot of plays when the team was in red zone defense while Ryan Nielsen did most of the other work. It might not be anything, but it is an observation nonetheless. As expected, Pete Carmichael is heavily involved in offense at the moment.

HIGHLIGHTS/MATCHES OF THE DAY: Kirk Merritt ended practice with a nice catch in the end zone from Ian Book. Merritt ran a fade route and Book’s delivery was perfect. The team did a two-minute drill, and Book was pretty good at it. During the same period, Book linked up with Lucas Krull on a seam route for a big win and to help set up.

Kaden Elliss made a good pass breakup play in red zone practice on a Jameis Winston pass to Jarvis Landry. It was a sloping route that got the defense going. He later made a nice play against Andy Dalton in two-minute practice sessions that would have resulted in a sack.

Abram Smith came into the end zone during practice in the red zone after a brilliant pivot route on Zack Baun. Smith quickly cut back on the outside after going inside and ended up wide open to score. Smith told me in the locker that they noticed the linebackers trying to skip the route and that he made the correct adjustment.

Jarvis Landry made a sliding catch in the back of the end zone and worked against Dylan Mabin during 7-on-7 practice. In the game before that, Alontae Taylor gave a really good coverage of him. Both are positive signs.

PREMIUM CAM JORDAN: You can do this in two ways. Cam Jordan is still producing at a high level, or Landon Young had some real problems with the right tackle against him. In three games out of five, including back-to-back games, Jordan put heavy pressure on Andy Dalton, who was working against Young. You could probably count at least two sacks for Jordan here.

BRYCE THOMPSON: This is the second week in a row that he’s done some things that are hard to ignore. He did some replays with the first team during walkthroughs. During punt drill work, he had a great gunner game where he saved a Daniel Whelan boot from going into the end zone. During the team’s final two-minute practices, he had back-to-back games in which he broke an Andy Dalton pass intended for Adam Trautman and then another to Jarvis Landry during a curl route.