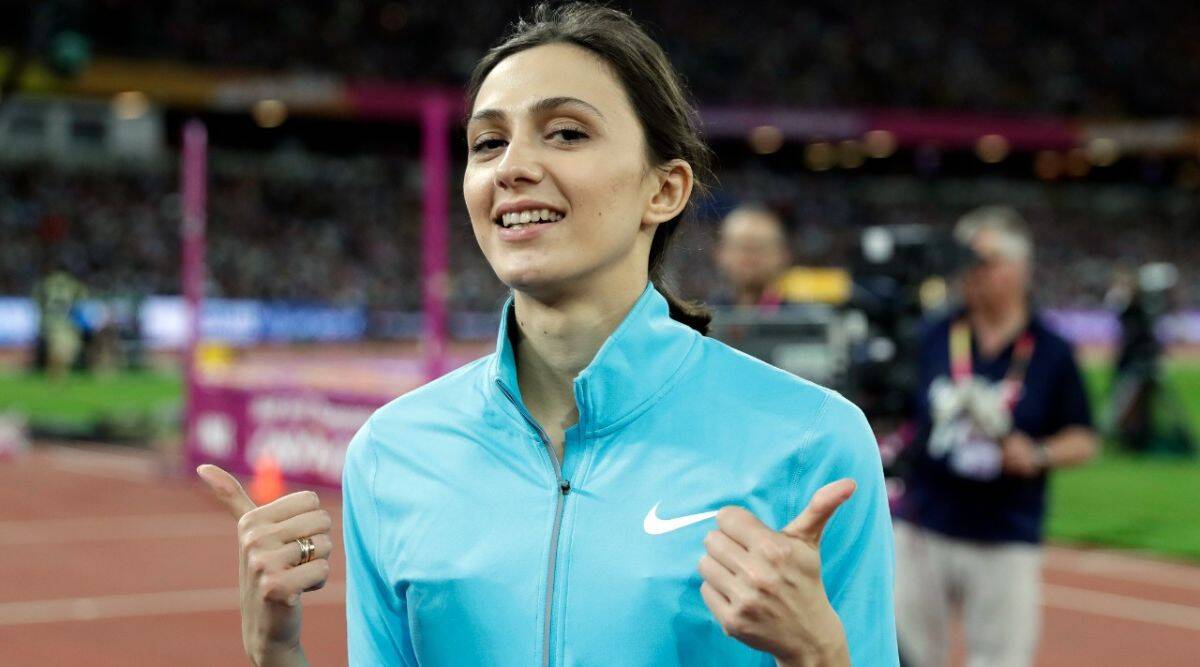 Olympic high jumping champion Maria Lasitskene, who is likely to be banned from defending her three consecutive world titles next month, lashed out at leaders of the IOC and World Athletics, expressing their sympathy for them in a heartfelt open letter distributed on Thursday their Ukrainian competitors.

Lasitskene is likely to be banned from the World Championships in Eugene, Oregon because World Athletics decided to ban all Russians following the country’s war against Ukraine.

The 29-year-old, who has never lost a major international competition, has been among the few Russians allowed to compete in international events in recent years, despite the suspension of the country’s athletics federation amid that country’s long-running doping scandal.

This year, however, World Athletics plans to ban all Russians to prevent a late and unexpected end to the war in Ukraine. Shortly after the war began, the IOC recommended that international sports federations ban Russian and Belarusian athletes.

Lasitskene’s open letter to IOC President Thomas Bach criticizes his recommendation to ban Russian athletes to protect them from potential backlash at global events. She argued that keeping Russians out of sport did not end the war, “on the contrary, it has spawned a new war over and within sport that is impossible to contain.”

“I have no doubt that you do not have the courage and dignity to lift sanctions against Russian athletes,” she wrote. “Because in this scenario you would have to admit that all these months you have been violating the IOC charter and the statutes of international sports federations have been transformed from strict documents into worthless papers.”

Lasitskene, whose main high jump competitors over the past five years have been jumpers from Ukraine, wrote: “I still don’t know what to say to them or how to look them in the eye.”

“You and your friends and family are experiencing what no human should ever feel,” she said. “I am sure that none of this should have happened (ever). And any arguments cannot persuade me to change that mind.”

At IOC meetings last month, Bach said the committee would monitor the situation but had yet to make a decision on Russia’s participation in the Paris 2024 Olympics.

“The dilemma we face at this moment,” Bach said last month, “is that we cannot fully live up to our mission of uniting the entire world in peaceful competition.”

Lasitskene suggested that it might be time to stop identifying athletes by their country; The peaceful assembly of nations is at the heart of the Olympic movement.

“Fans fall in love with athletes not because of their nationality or citizenship, but because of what they show in competitions,” she wrote.