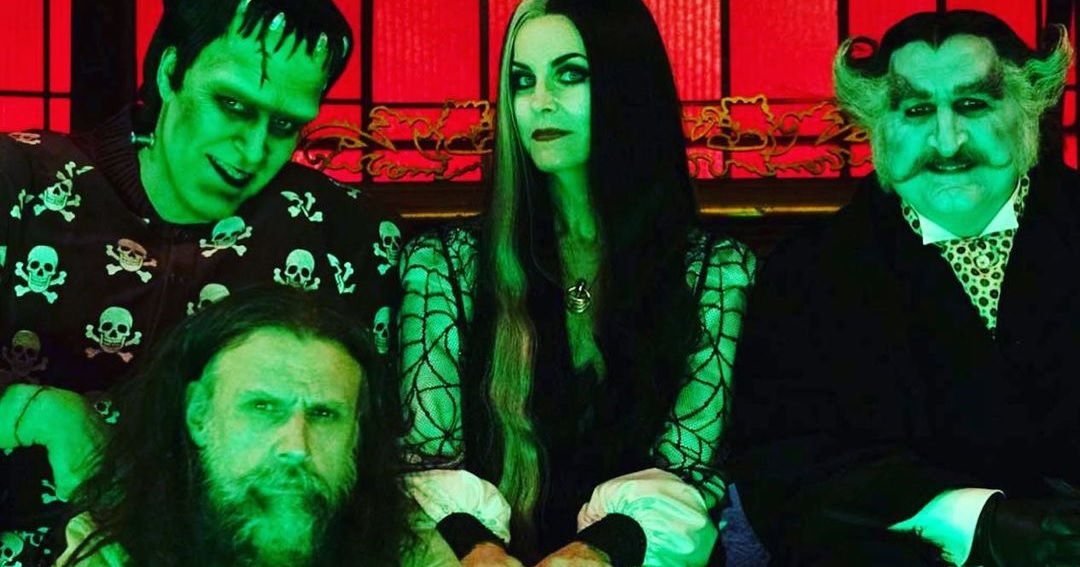 Now, a teaser trailer for writer/director Rob Zombie’s classic sitcom update has finally been released The MunstersAgain, we’re waiting for Universal 1440 Entertainment to announce a specific release date (for now, all we know is that the movie will eventually be released this autumn)… and look forward to seeing a full trailer. But while we wait, you can count on Zombie to keep sharing more and more pictures on social media, and he just did. In a new batch of four images, Zombie gives us another look at Herman Munster, his wife Lily and Lily’s father The Count.

The Munsters ran for two seasons, from September 1964 to May 1966, and consisted of 70 episodes. (You can buy the complete series at THIS LINK.) The show

played Fred Gwynne as Frankenstein’s monster and householder Herman Munster; Yvonne De Carlo as his wife Lily Munster; Al Lewis as Lily’s father, Grandpa, the slightly cocky vampire Count Dracula, who longs for the “good old days” in Transylvania; Beverley Owen (later replaced by Pat Priest) as her teenage niece, Marilyn Munster, who was attractive by conventional standards but was the “ugly duckling” of the family; and Butch Patrick as their werewolf son, Eddie Munster.

Speaking to Entertainment Weekly, Zombie said his film The Munsters is

100 percent in the spirit of the show. I didn’t want it to be different. I wanted to keep that ’60s vibe all the way through.”

His commitment to keeping the spirit of the show is evident in the film’s PG rating for “Macabre and suggestive material, frightening imagery and language”.

Are you looking forward to seeing Rob Zombies? The Munsters? Share your thoughts on this project by leaving a comment below.