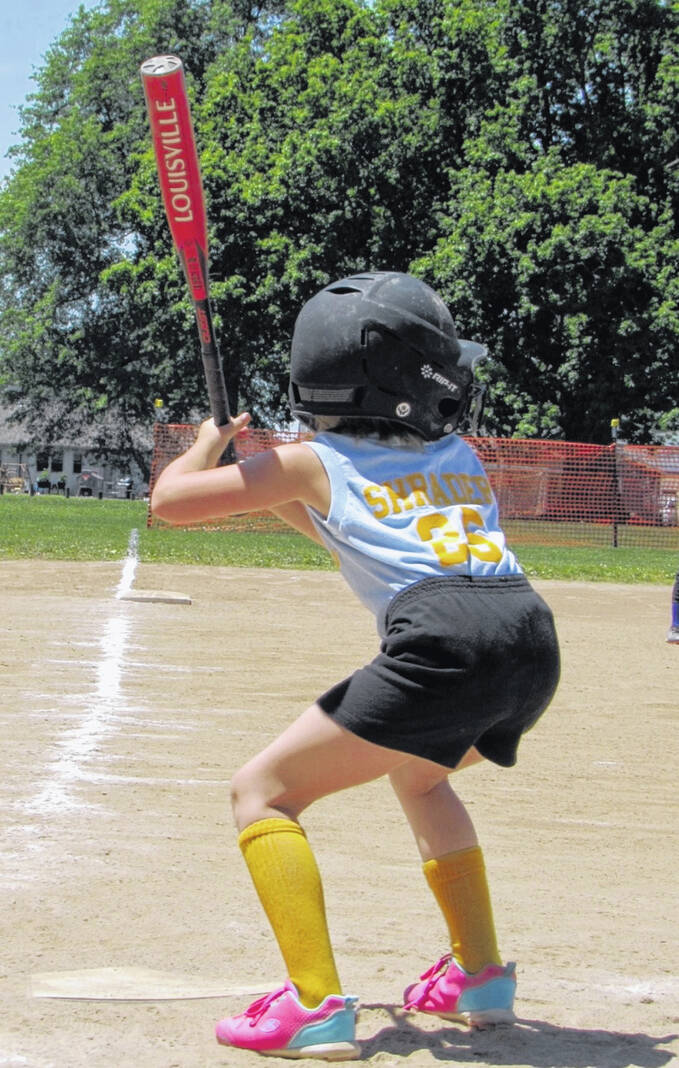 Softball is not my sport. It’s not that I hate this sport, it’s just never been my favorite. When we left the (I thought obligatory) T-Ball phase this year and not only switched to the school league but also to the softball travel team, I was quite suspicious of how my 7-year-old would handle it.

And while I’d like to sit here and tell you how wrong I was to worry about this, I can’t. Ha! As for the high school league, Reagan is really enjoying it — I mean, who wouldn’t, you get at least five pitches from the coach and then if you need to, you get the T too.

There are no outs, everyone hits, and the last one to hit for the innings always gets a home run (or at least gets to run all bases and score). Which, by the way, is not counted, so there are no losers and no winners.

But in the travel team it’s a whole other level. It took Reagan some time to realize that she only gets three strikes, can’t bat every inning, and has to watch every ball hit in the field. And for a barely 7-year-old, those were some big adjustments.

Last weekend we had our first tournament, which meant five games in two days. (It could have been more if things went the way we wanted.) It’s been a long few days for these kids. I won’t lie, in that fifth game on Sunday, Reagan regretted every ounce of signing up to the travel team. Between the top and bottom of the innings, she was practically in tears and ready to throw in the towel.

But what struck me the most was that this little girl could have refused to continue. She could have thrown one of the many don’t-do tantrums I’d seen her throw over the years. Instead, she got out anyway and gave it her all. She didn’t let go of her intensity during the game or let her fatigue hold her back.

Don’t get me wrong, she’s the youngest on this team. She’s by no means their all-star. But she put her heart and soul into it. Even with just three punches and you’re out, my girl made contact and put far more on base than she punched.

From game one to game five, I watched her learn the game better, set up the ball and learn when and where to back away from the outfield. She’s even spent some time behind the plate as a catcher and hasn’t even complained about carrying all the gear; She just took the position like a champion.

Sure, she’s not really upset that she’ll miss the next tournament as we’re on vacation, and I’m not sure she’ll sign up for the traveling team next year. I’m still so proud of her for pushing through her commitment this year.

Because that’s what I’ll always teach my girls – an option to play whatever sport or activity they’re interested in, but also to do whatever they decide to do for the entire season.

And while softball hasn’t traditionally been my thing, I can tell you that not only has I been deeply moved by watching her learn and grow in the sport, but also by the camaraderie that comes with it. Not only is my girl on this team, but so many of her friends (and my friends’ kids) are on it too. Heck, at any one time there were 10 to 12 adults cheering for every single girl out there.

No, it wasn’t my passion for basketball, but all those feelings of teammates, support, competitiveness and family came back. For the first time in a long time (we’re not going to mention how long it’s been since I’ve played college basketball) I felt all of those emotions again — except on the sidelines — and it was just as sweet!

No one told me that this is one thing you feel all of that again when your kids start doing real competitive sports. I had no idea it would all come back, but it definitely was. And to think it wasn’t even from the sport I loved the most.

Look, maybe she’ll play next year, maybe she’ll be done after this summer. Maybe she chooses another sport, or maybe she picks up an instrument. Whatever positive activity you are interested in, I will support you!

But this season has definitely opened my eyes to how much stamina my little girl has and how much fun I will have watching her continue to grow whatever she chooses. Sarah (Pitson) Shrader was born and raised in Lima. She is a graduate of Lima Central Catholic and Tiffin University. Sarah is a full-time working mom who enjoys writing about her slightly wacky, always adventurous life as a mom. She lives in Bath Township with her daughters and writing inspirations Maylie and Reagan.