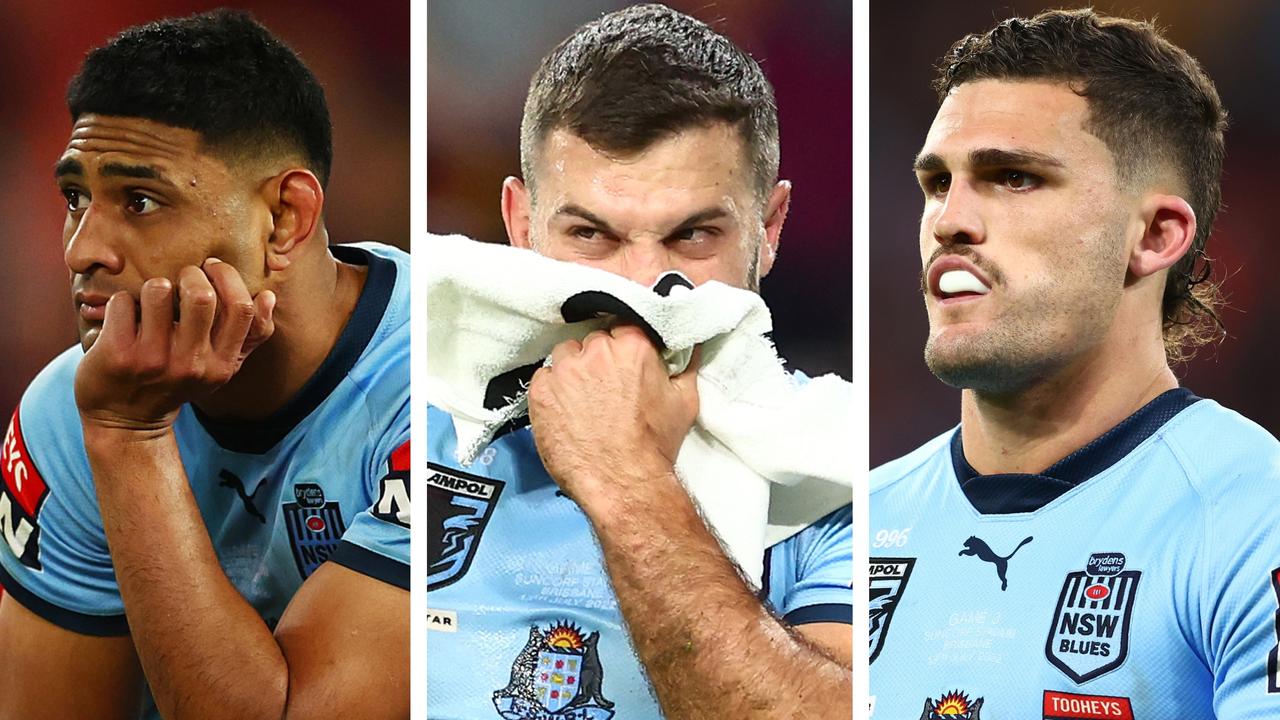 James Tedesco tried his best, but it wasn’t enough as New South Wales lost 22-12 to Queensland to lose the 2022 State of Origin series.

The star full-back was the Blues’ best, while the efforts of Jake Trbojevic also didn’t go unnoticed, scoring Jacob Saifiti on the debut in a moment he’ll never forget.

But Stephen Crichton, Daniel Tupou and Siosifa Talakai have had nights they’d like to put behind them.

Stream the FOX LEAGUE State of Origin Game 3 REPLAY on Kayo with no in-game ads. Both full and abridged replays can be streamed beginning at 11:00pm AEST. New to Kayo? Start your free trial now >

Typically an all-rounder of energy performance. Once again underlined status as the best full-back in the NRL and that says a lot in view of the field of candidates.

A key factor for the Blues when it comes to getting tough shots out of their own half, but the Maroons played smart with brilliant kicking game aimed to minimize involvement.

Plant a bomb in the first half standing in the grand finale for the greatest in history. Sin because of the stench with Dane Gagai. Not as common as when it debuted in Origin II.

Poorly read as Val Holmes went to the game’s opening attempt with a power over. Recovered with decent pre-cerebral involvement after an extremely hard carry to throw a wild pass to put Queensland back in play.

Costly mistake just before half-time which ultimately proved to be a big moment in the game. Far from his best performance in a blue knight.

I’ve taken a lot of risks, some good and some not so good. The wild pass over the sideline in an even game was a failure. Strong opening half.

Strong first half and tries to throw everything possible at Queensland by playing the backfoot. Hard cookie to swallow Ben Hunt downloading the chip kick at the end.

As the chief enforcer of the blues, set the tone from the first carry of the game. First stint outstanding. The opening carry of the second stint was dropped. Shuffled hard with NSW on the rear foot.

Like most blues, strong first half before being replaced midway through the second half. Hard planned, lots of quality but couldn’t stop the Maroons tidal wave.

Crawled extremely hard in midfield, especially when the blues were on the backfoot. Made 40 tackles.

Heavily involved and doing much of the unsung cleanup. The heavier it got the more he enjoyed it, but it wasn’t for the blues.

Made 41 tackles on defense but wasn’t as effective in terms of NSW attack fluency.

Frantic display of opening carry when inserted into play to justify selection. Scored a great try to put NSW 12-6 ahead in the first half. Clearly shown can bypass the oven of the country of origin.

Getting thrown midway through the second half with NSW on the backfoot was always a difficult task.

Came on early when Cameron Murray was substituted in the first minute and worked overtime on the Blues’ left edge.

hard night Had some good moments initially going on in the second half but the penalty for misplaying the ball was a miss, as was carrying loose on the NSW line with the game balanced.