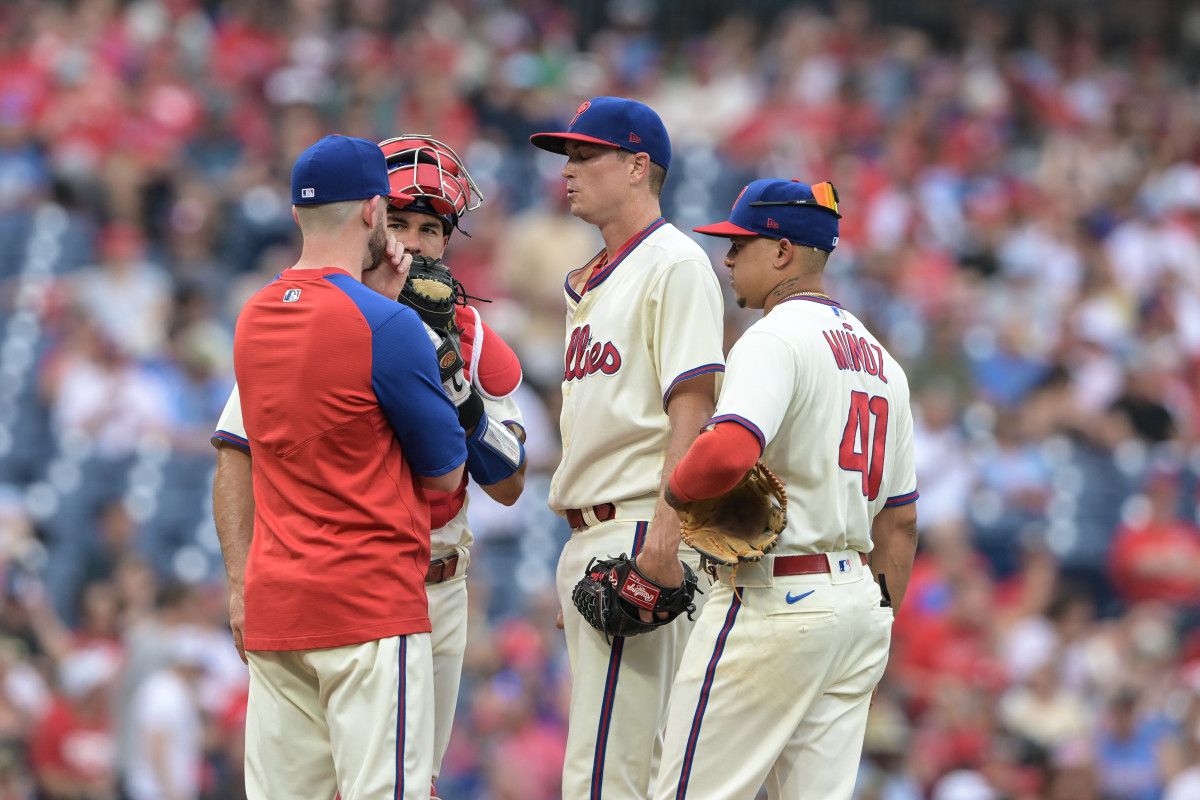 It was another difficult start for Philadelphia Phillies pitcher Kyle Gibson as the right-hander lost four straight home runs to the St. Louis Cardinals in the first inning on Saturday. All came with two outs.

However, Gibson rallied and threw for three scoreless innings after the first before loading bases in the fifth and making way for reliever Corey Knebel. It’s the second consecutive start that Gibson got off to a rocky start. In his last two starts combined, Gibson has pitched just 6.2 innings and allowed 11 earned runs.

That’s not a sustainable pace for a mid-rotation starter for the Phillies, especially if they have a postseason race in mind.

On the other hand, Philadelphia’s offense nearly recovered to claim another unlikely win. Nick Castellanos appears to have turned the page as he notched up two more hits and an RBI. Odubel Herrera recorded three hits that night, Alec Bohm and Yairo Muñoz two hits each.

In addition, the bullpen was an impressive unit of this series. They conceded just one run on Saturday, a home run by Nolan Arenado against Seranthony Domínguez in the ninth inning to give the Cardinals a 7-6 lead — one they weren’t about to give up.

Domínguez was solid and performed well on Saturday. He was called out to finish eighth for Brad Hand with two outs, knocking out NL MVP leader Paul Goldschmidt in the process. Unfortunately for Domínguez, Arenado has been on an absolute rift this series and he once again capitalized on an advantage. He hit for the cycle on Friday and two home runs on Saturday. He was a hard hit.

On Sunday, the Rubber Match will take place between these two teams and a celebratory matchup between Zack Wheeler and Adam Wainwright will determine the series winner. It will also air in prime time on ESPN’s Sunday Night Baseball, with the first pitch scheduled for 7:08 p.m. EST.

More from SIs In the Phillies: