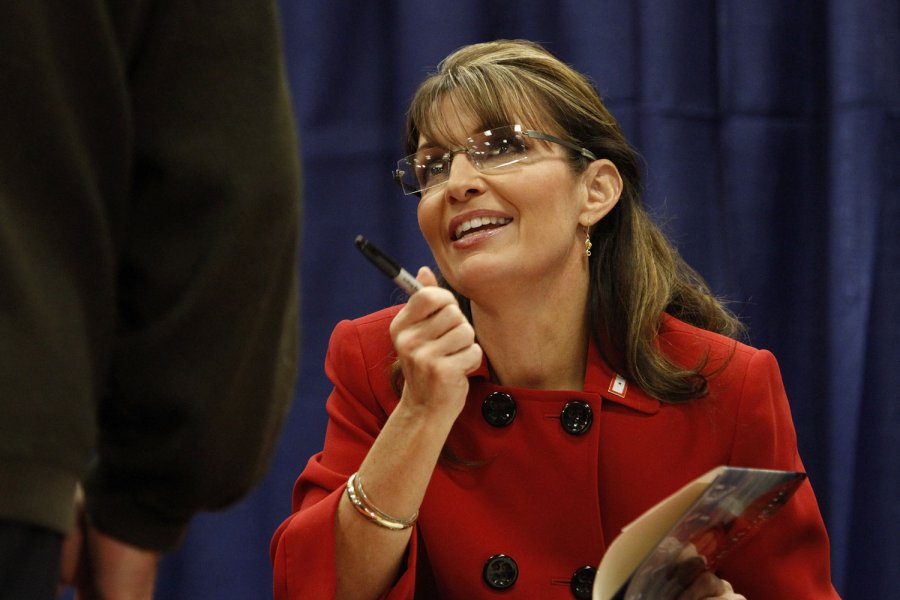 Former Alaska Gov. Sarah Palin speaks to a customer at an autograph session for her new book ‘Going Rogue: An American Life’ at the Woodland Mall Barnes & Noble in Grand Rapids, Michigan November 18, 2009. In July 2009, Palin announced that she would be stepping down as Alaska Governor 17 months before the end of her term. File Photo by Brian Kersey/UPI | license photo

On this date in history:

In 1775 George Washington assumed command of the Continental Army in Cambridge, Mass.

In 1890 Idaho became the 43rd state of the United States of America.

In 1915, JP Morgan Jr., son of renowned banker and financier JP Morgan, was shot twice in the groin by Eric Muenter, a German professor at Harvard University. Morgan survived the alleged assassination.

In 1971, rock star Jim Morrison, 27, was found dead of heart failure in a Paris bathtub.

In 1988, during the Iran-Iraq War, missiles fired from the USS Vincennes downed an Iranian airliner in the Persian Gulf, killing all 290 people on board. The United States said the ship’s crew misidentified the jet, believing it to be an attacking Iranian fighter jet. Years later, the United States agreed to pay millions of dollars in reparations for what it called “a terrible human tragedy.”

In 1996, Boris Yeltsin was re-elected President of Russia, defeating Gennady Zyuganov in a run-off.

In 2009, Sarah Palin, who became a national figure as a Republican nominee for vice president in 2008, announced that she was stepping down as Alaska governor 17 months before the end of her term.

In 2010, at least 230 people were killed in a cigarette-triggered explosion near an overturned oil tanker in the Republic of Congo.

In 2013, the Egyptian military removed President Mohamed Morsi from office and announced that it would suspend the constitution and plan new elections.

A thought for the day: “Sharing food with another human being is an intimate act that should not be taken lightly.” — American food writer MFK Fisher