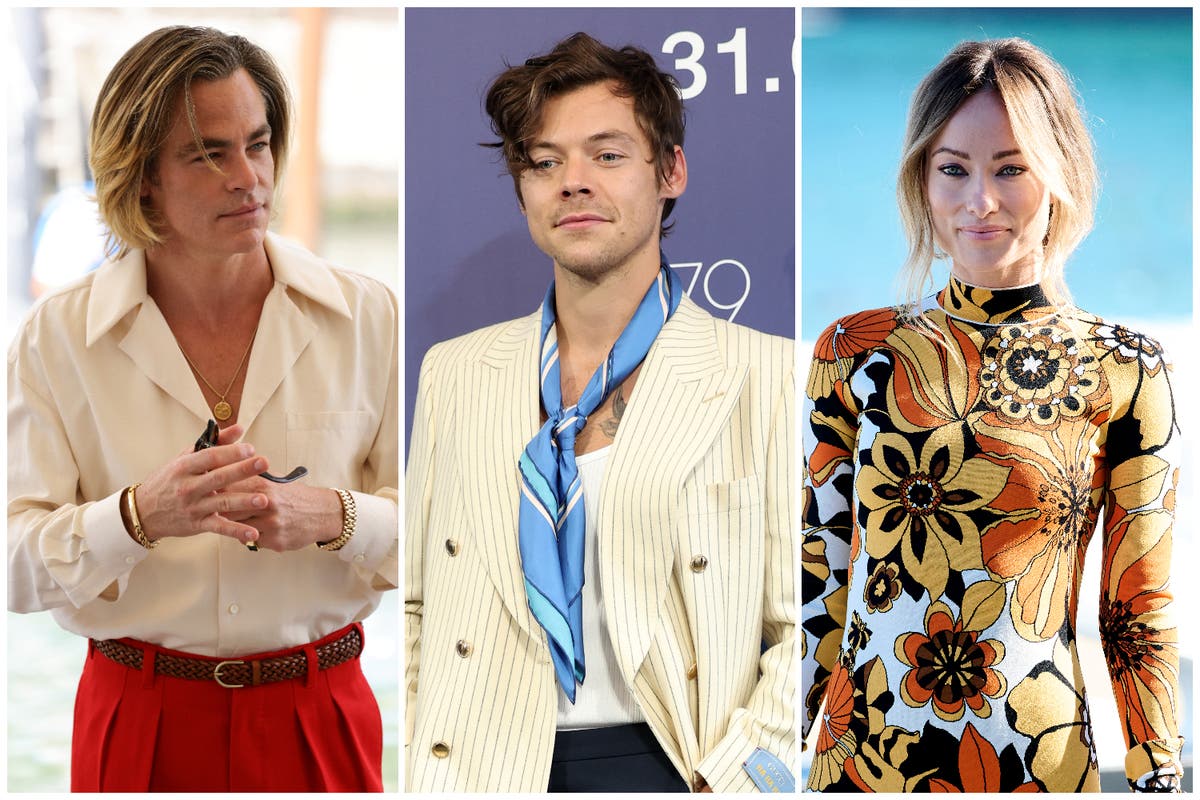 Oh wait, that’s never happened before. So it might actually be the best celebrity scandal ever seen at a film festival.

The film, which Styles girlfriend Olivia Wilde is directing, was already embroiled in layers and layers of controversy after Styles and Wilde’s relationship was revealed shortly after filming, and when it emerged, self-confessed perpetrator Shia LaBeouf was originally set to die Role play lead man, Jack.

Plus, Pugh seemed to tactically get out of any press related to the film, making sure none of the mudslinger got on her beautiful Valentino premiere dress.

Then, to add insult to injury, a video that appeared to show Harry Styles spitting on Chris Pine as he sat down to watch the film at the premiere went viral.

Spitgate became the most discussed topic on the internet, and Pine’s representatives had to come forward to put out the fire. “This is a ridiculous story,” said a representative, “a complete fabrication and the result of a strange online illusion that is clearly deceptive and allows for foolish speculation.”

Styles himself even poked fun at the rumors during one of his Love On Tour concerts at Madison Square Garden. “It’s wonderful to be back in New York,” he tells the crowd, “I just rushed to Venice to spit on Chris Pine. But don’t worry, we’re back.”

Now a third member of the Don’t Worry Darling drama troupe has stepped in – the director herself, Olivia Wilde. Wilde has had her fair share of difficult press this month, having taken much of the heat from Shia LaBeouf’s revelations and negative reactions to the film. But with the release date approaching, Wilde still has a lot of press to do for the film, including television interviews.

Wilde appeared on the Late Show last night to talk about the film with host Stephen Colbert – and briefly addressed the drama surrounding it. Wilde set the record straight, saying, “Harry didn’t spit on Chris.”

She continued, “I think it’s a perfect example of how people are going to seek drama wherever they can.”

Wilde expanded her stance to cover her alleged feud with Florence Pugh: “People see what they want to see,” adding, “I have nothing but respect for Florence’s talent, she’s amazing!”

She then noted that male directors are rarely invited on talk shows to answer questions about drama in the cast of their films, to audience applause. Spit back or forth, you really can’t help but feel like she’s right.