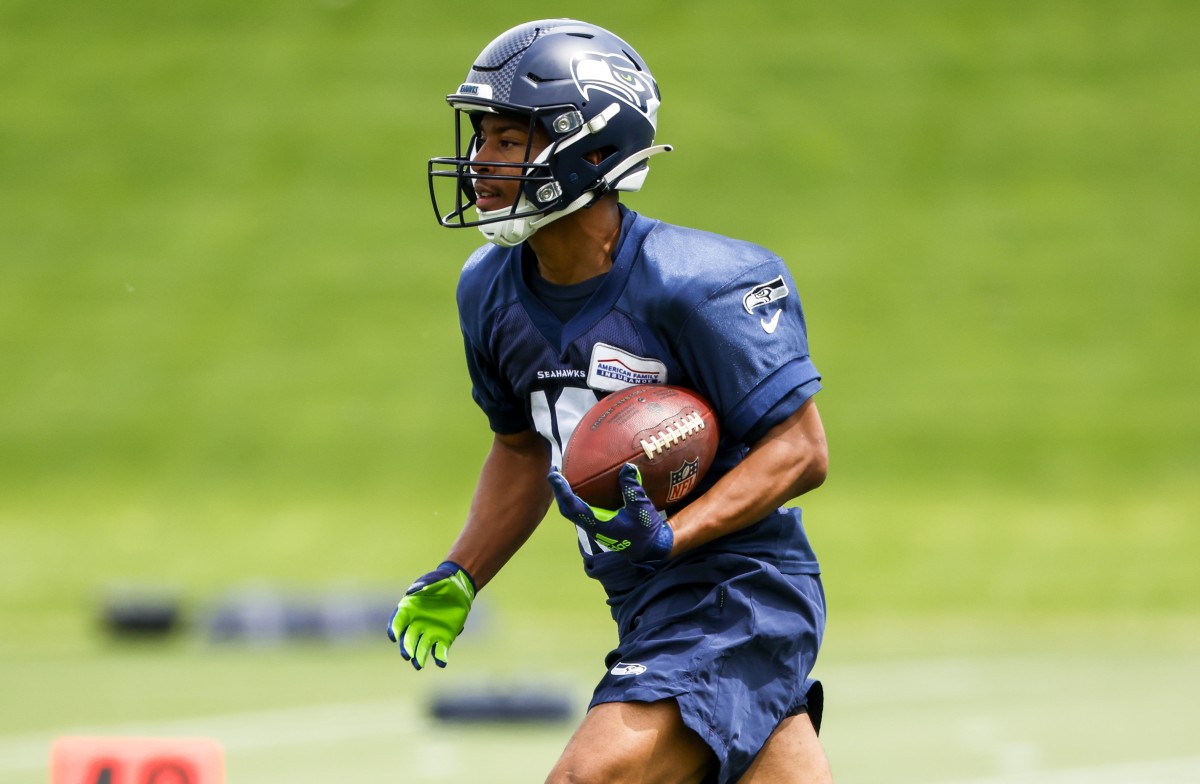 The Seahawks entered the second of three on-field training sessions in the final phase of their offseason program and continued their annual mandatory mini-camp on Wednesday.

What happened at VMAC in the second session? Here are five observations from Wednesday’s practice.

With Russell Wilson and Bobby Wagner now in Denver and Los Angeles, respectively, Lockett stands out as the most decorated player to stand on Seattle’s roster with two All-Pro selections and three straight 1,000-yard seasons. Given his resume and reputation, it’s unsurprising that the veteran wideout has impressed throughout the offseason program, showing off his dynamic distance running expertise and impeccable touchline footwork on numerous occasions.

On Wednesday, Lockett only had two receptions during the 7-on-7 drills and most of his catches came courtesy of a JUGS machine in the singles stage, but he capitalized on those opportunities. First, he played, as he has done so many times on Sundays over the years, the role of an acrobat spanning a rope on the sidelines and dragging his toes on a 20-yard catch from Lock. Then, while the Seahawks performed a two-minute drill sim, Geno Smith trailed himself in a three-stage drop and lofted a shot at the trusty receiver on a fade route, placing the football perfectly so he could run underneath for a touchdown reception . It’s a good sign that Lockett is developing more chemistry with Smith, who told reporters after practice they felt better together in his third start last season.

Seattle hasn’t hauled a single tight end past 500 yards in the past four seasons, and while it remains unclear if that streak will last into 2022, the positional group has impressed during the third phase of the offseason program. With Will Dissly absent due to illness, Lock, Smith and Jacob Eason continued to wallow in defense in 7-on-7, targeting tight ends.

Undrafted rookie Cade Brewer was enjoying his best practice yet as a pro, staggering a touchdown catch from Smith with a defender draped over him and later adding another reception from Lock where he showed some toe-drag swags down the touchline. At the end of practice, Lock and Tyler Mabry joined in one of the day’s signature plays when the quarterback jumped out of the pocket to his right and fired a missile 35 yards across his body to the third-year tight end, who caught the catcher with Tanner Muse backed into cover to end the session with a touchdown. Every day, someone new is making big plays, exemplifying the underappreciated depth Seattle has amassed at the position.

“I think I’ve had some pretty great tight end rooms in my life as a footballer, but this room is special,” Lock said after practice.

3. Ugo Amadi makes perfect use of his film studies and pulls off the perfect heist for a six.

Lock revealed an interesting fact, telling reporters that he and Amadi were training together in California in preparation for the 2019 NFL Draft. As close friends, they spent time this week watching movies off the practice field, with the quarterback advising him to be careful with his hips when playing outside levers as he would aim for the touchline in those situations.

Amadi apparently listened and immediately acted on Lock’s advice to the detriment of the quarterback. He read the route perfectly and played with appropriate leverage, leaping a curl thrown to the sideline during a 7-on-7 game, intercepting the pass and returning it nearly 70 yards for a touchdown. After being burned by his teammate and having a starting job up for grabs, Lock may not be as willing to offer tips and advice going forward.

“I told him after today, I said, ‘Dude, stop watching movies together. We’re done. We’re done with this. Keep this. This is for the birds and we’re not doing this anymore.’ ‘ joked Castle.

Defense can be extremely difficult at this time of year due to strict collective bargaining restrictions. Aside from not being allowed to press or make contact with receivers, playing corners and safes on the soccer ball is particularly discouraged. But inevitably instincts sometimes kick in, as evidenced by Amadi’s pick six and the bevy of pass abandonments amassed by the secondary on Wednesday.

From the start, Smith, Lock and Eason struggled to find open receivers in 7-on-7 mode and pass completion windows were tight for most of the afternoon. Safety veteran Josh Jones took advantage of the extra reps in Ryan Neal’s absence and managed to get his hands on three passes, including batting away two passes Smith had thrown down the middle of the field. Struggling for a starting cornerback job, Sidney Jones also had a couple of breakups, including deflecting a pass in the end zone from Smith to Marquise Goodwin to erase a possible touchdown. Overall, it was a strong day for the entire secondary group that helped limit Smith to eight completions in 15 attempts.

While early June is certainly not a time to panic and caution is advised in the name of player safety at this time of year, Seattle has already had significant problems with incoming freshmen who haven’t had practice time. Running back Ken Walker III sat out for a second straight practice while linebacker Tyreke Smith also missed out. Additionally, receivers Bo Melton and Dareke Young missed their fifth consecutive practice session with undisclosed injuries. With a long hiatus coming after the conclusion of the OTAs on June 15th, the good news is that all of these players should be ready for the start of camp next month.