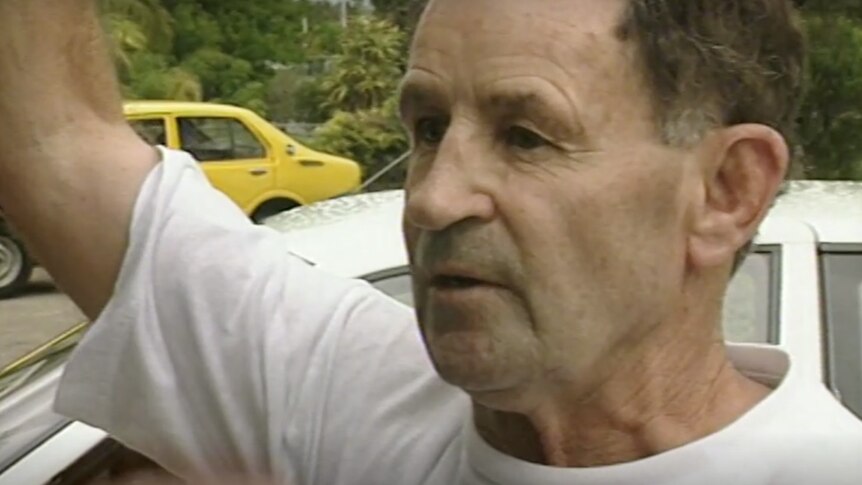 A notorious pedophile who abused boys in the Geelong area for decades brought some of his victims to Footscray Football Club in the late 1970s, say two men who survived the abuse.

John Patrick “Jack” Coogan, a gym teacher who molested Geelong schoolboys in the 1960s, 70s, and 80s and was convicted of a series of child sex offenses in the mid-1990s, brought his victims to the Western Oval’s sanctum, now home of the AFL’s Western Bulldogs.

The men have told ABC Sport that trips to the Western Oval, which took place on club practice nights between 1976 and 1978, were part of Coogan’s grooming process.

They were not abused on club grounds, but Coogan knew the boys were football enthusiasts and used the trips to manipulate them. Both aged between 10 and 12 at the time, they were introduced to and autographed by Bulldogs players and other staff.

Both men say that Coogan clearly held a volunteer role at Footscray Football Club, most likely as a coach because Coogan was friends with the players and massaged them.

“He had access to all areas of Footscray,” one of the men told ABC Sport.

If you or someone you know needs help:

“He used to massage all the players and seemed to have a thigh fetish. He massaged with oil or deep heat.

“He nursed me back then to get used to him massaging the players and to show that it’s normal for men to do that.”

ABC Sport has seen a 1993 police statement in which the other man described Coogan’s horrific and ongoing abuse in the 1970s.

The statement gives details of an incident of abuse at Coogan’s office at St Joseph’s College in Geelong, after which the boy was allegedly taken to the Western Oval by Coogan and another man in a car owned by then-Footscray coach Bill Goggin.

In the statement, the man describes an alleged argument between Coogan and Goggin and the boy’s feeling that Goggin was unhappy that Coogan brought the boy for the car ride.

Both men say Coogan introduced them to Goggin, the Geelong football club legend who coached Footscray between 1976 and 1978 and later coached Geelong between 1980 and 1982.

ABC Sport makes no indication that Goggin knew about the abuse, only that he was an acquaintance of Coogan’s.

Goggin told ABC Sport that he was unaware of Coogan’s offense at the time, claiming that Coogan had no official coaching role at Footscray when Goggin was coach.

Goggin said he met Coogan during his time coaching VFA club Geelong West, which Coogan was also involved with.

Of Coogan’s insult, Goggin told ABC Sport, “I didn’t know anything about it. If we had known, we probably would have said or done something, I don’t know. But I never suspected it. I don’t remember anything.”

Goggin said he has no recollection of Coogan riding in his car, nor of Coogan bringing a boy with him, nor of any argument over the car ride.

“I wouldn’t have let even that happen,” Goggin said.

“I don’t remember him coming with me. If someone were to ride in the car with a little boy, that would be so stupid.”

In the 1990s, Coogan – who also taught at North Geelong High and Bell Park High School – was jailed for five years on 17 counts of indecent assaults on several boys aged 10 to 15. The crimes occurred between 1962 and 1983.

Answering questions from ABC Sport, the Western Bulldogs declined to comment on the matter, and Bulldogs CEO Ameet Bains said the club does not have annual reports dating back to the 1970s to confirm whether Coogan has any official titles at the club own.

Coogan is the third sex offender linked to Footscray Football Club in the 1970s and 1980s.

In May, an ABC Sport investigation revealed harrowing abuse of boys by Graeme Hobbs, a Footscray fundraiser and room manager, and John Wayland, the “ringleader” of a pedophile ring, who admitted to ABC Sport meeting Hobbs during a time as Footscray -Trainer.

Adam Kneale, a survivor of seven years of abuse at the hands of Hobbs, revealed the devastating extent of his suffering in the years that followed.

Kneale’s attorneys then filed a lawsuit in the Supreme Court against the Western Bulldogs, seeking damages.

Like Coogan, Hobbs and Wayland were sentenced to lengthy prison terms for their crimes in the 1990s. Coogan and Hobbs have since died.