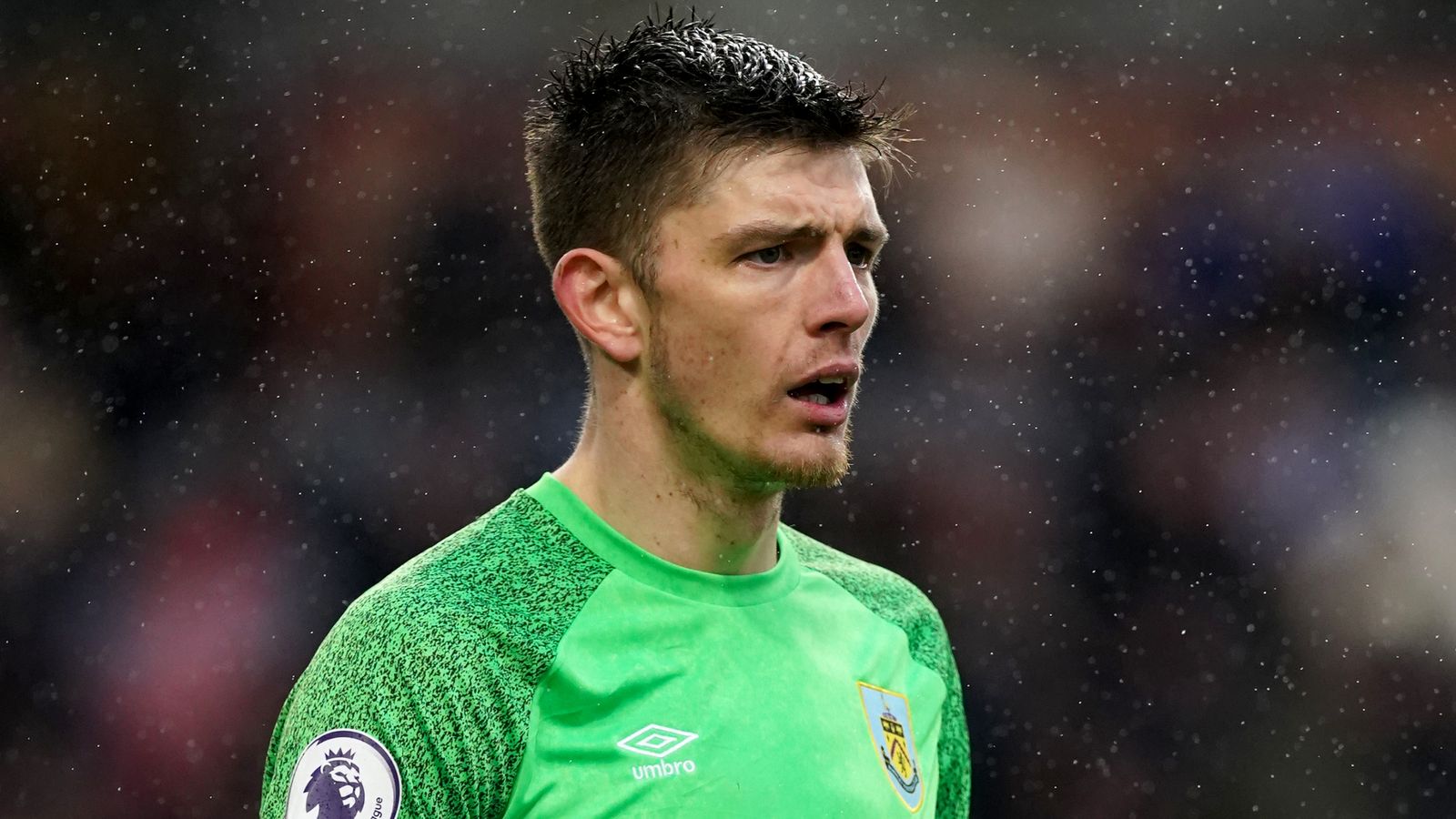 Newcastle have agreed a deal with Burnley to sign Nick Pope, with the England international set to undergo his medical on Thursday.

Pope will challenge Martin Dubravka for the No. 1 jersey at St James’ Park.

Sky sports news reported last week that Newcastle boss Eddie Howe was interested in the 30-year-old, who is keen to remain in the Premier League following Burnley’s relegation to the Championship.

Pope is keen to ensure he stays in Gareth Southgate’s England plans ahead of the World Cup in Qatar this winter.

The former Charlton goalkeeper who was called up to the recent England squad would be seen as an excellent addition to Newcastle’s goalkeeper.

Talks for Sven Botman and Hugo Ekitike also continue, although Newcastle are ready to move on to other targets if progress is not made with either player soon.

“Newcastle have been a shrewd operator so far in the summer transfer window, with Pope’s arrival set to be the first new face on Tyneside after Matt Targett’s loan move from Aston Villa was made permanent.

“The goalkeeping position wasn’t the most obvious area that needed improvement by the end of last season. Dubravka had put in an admirable performance in helping the club avoid any relegation threat, keeping eight clean sheets and only conceding 35 goals.” the 26 games he played in total.

“But Pope has proven over a number of years what a good shot stopper he is, making memorable saves away from West Ham and Aston Villa when Burnley’s fight for survival was narrowly defeated by Dubravka.

“The Slovak international is three years older than Pope but at 33 he is still in a good age and has plenty of experience to fight for No.

“His superior passing accuracy would be missed if Newcastle were looking to switch to a more possession-based approach, so Pope needs to show he’s more comfortable on the ball, with a range of both short and long passes.

“It’s big news for Eddie Howe and for Pope who have a big couple of months ahead with the World Championships coming up in November. Playing regularly in the Premier League is a must and so the move will come with some guarantee provided he can repeat the same form he showed at Turf Moor towards the end of the season.

“He’s got Jordan Pickford and Aaron Ramsdale ahead of him in England but he’ll be looking to edge out the No. 2 position for his country.”

What should Newcastle do this summer?

Not the “revolution that people expect,” according to Eddie Howe. Hardly a glowing review of likely Newcastle transfer policy this summer, but pragmatic.

Financial Fair Play (FFP) will ban Newcastle from splurging in the upcoming window despite now being one of the richest clubs in world football. They spent over £90million in January alone.

It is clear that a goalkeeper is at the top of the wish list. There is also some dispute over attacking options, with Chris Wood yet to find his goalscoring shoes and Callum Wilson finding both form and fitness difficult to achieve.

Rebuilding the squad over time and developing existing talent, along with some smart additions, should give Newcastle enough leverage to compete at the right end of the table. Surely anything less than the top half would compare to next season’s spending. However, Howe’s emphasis on “smart moves” versus a reckless spending spree should serve the club well in the long run.

Newcastle Q&A: Who are Toon’s other targets this summer?

On Sky Sports transfer talk podcast, Peter Graves sheds light on who could be coming to Newcastle, how much they’re willing to spend and who could be leaving St James’ Park in their biggest window ever.

“There’s Hugo Ekitike and Sven Botman, two high-profile players in France, they’re the two players closest to getting through the door.

“Newcastle have been linked with Lucas Paqueta from Lyon, who is good friends with Bruno Guimaraes. The midfielder stopped by and spent his birthday with Bruno and was even photographed wearing a Newcastle shirt in Bruno’s garden! This got Newcastle fans excited , he’s a starting international.” for Brazil. I don’t know if they would make a change for him. I think the price should be right for Lyon. Other top clubs are also interested in Paqueta.

“I think Newcastle also want a goalkeeper with someone who could compete with Martin Dubravka for first place. They definitely want to add key positions. The right wing is another player they want to sign, like Moussa Diaby at Bayer Leverkusen and Ismalia Sarr at Watford: They would love to sign Diaby but they were quoted a fee in the region of £60m, which I hear which would be slightly outside of their price range at this point.

“I think they’re going to add a right winger, one striker, maybe two, a central midfielder, a centre-back and a goalkeeper – so they want to build their spine.”