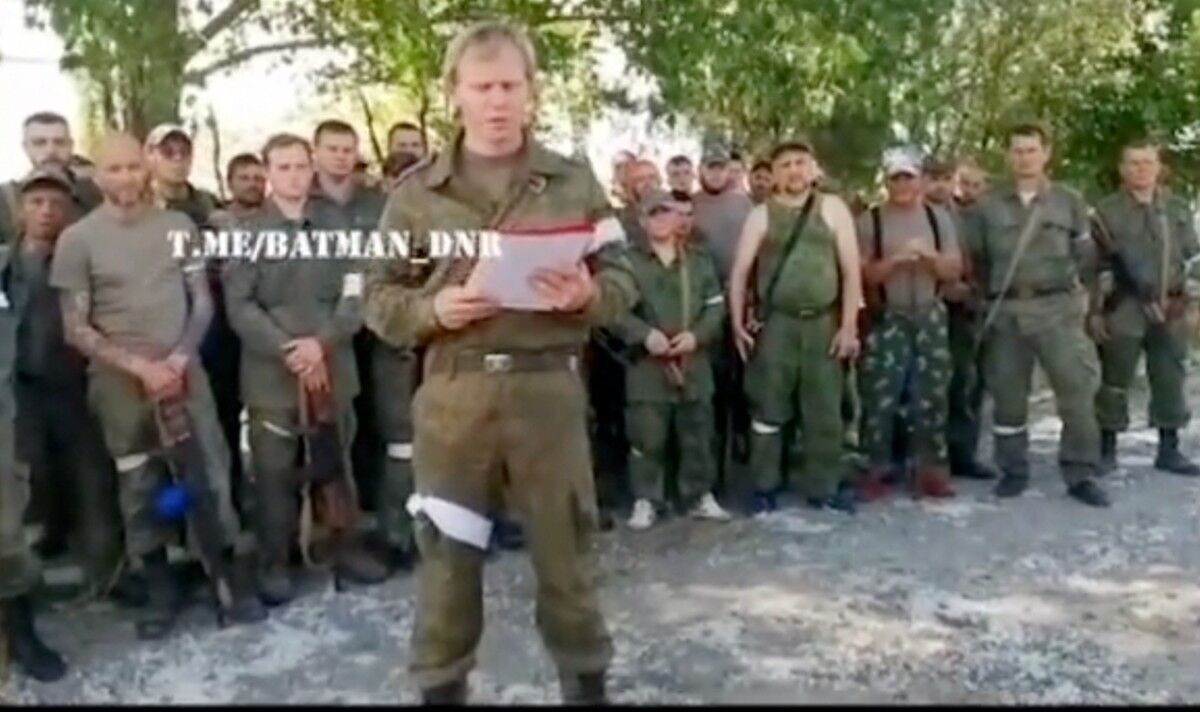 Russian forces are currently engaged in a brutal struggle for control of the entire Donbass. Parts of the region were confiscated by Putin in 2014 and transformed into the pseudo-states of the Donetsk People’s Republic (DNR) and the Luhansk People’s Republic (LNR). Fierce resistance by Ukrainian forces has inflicted heavy casualties on the Russian army, with an estimated 32,000 soldiers killed since the outbreak of hostilities.

However, Moscow has avoided launching a general military mobilization to increase its troop count, opting instead to call up conscripts from its occupied eastern Ukrainian territories.

As a result, many citizens of the DNR and LNR were arbitrarily drafted into the Russian army and forced to serve at the front for an extremely long time.

In a sign of growing anger and dissatisfaction among conscripts, an officer from a drafted DNR military unit publicly urged Putin to address their grievances in a video.

He complained about the length of the deployment, the lack of food and medicine, and violations of the mobilization process.

The officer of the 113th rifle regiment of the DNR said: “We have been stationed at the front in the Kherson region practically the whole war without a break.

“Our team had to deal with hunger and frost.

“We had no access to medical, material or food supplies for an extended period of time.”

He added: “The mobilization was carried out without the necessary medical examinations.

“Among those in our unit, I see people who should not have been drafted under the law of the Donetsk People’s Republic.

“There are people with chronic illnesses and physical ailments.

“Our long, uninterrupted service at the front raises many questions that our commanders ignore.

“On June 2, he was taken to an undisclosed location.

“Today (June 3) they threw his body under the fence of his mother’s house.”

Liudmyla Denisova, Ukraine’s human rights commissioner, has claimed that those who refused to be drafted into the Luhansk region were threatened with execution.

She said: “The Russian occupiers are searching the area for men who have moved deep into the occupied areas and to safer places to flee the shelling.

“They raid apartments, households and suburbs. Conscripts are taken at gunpoint, and if they resist, the men face execution.”