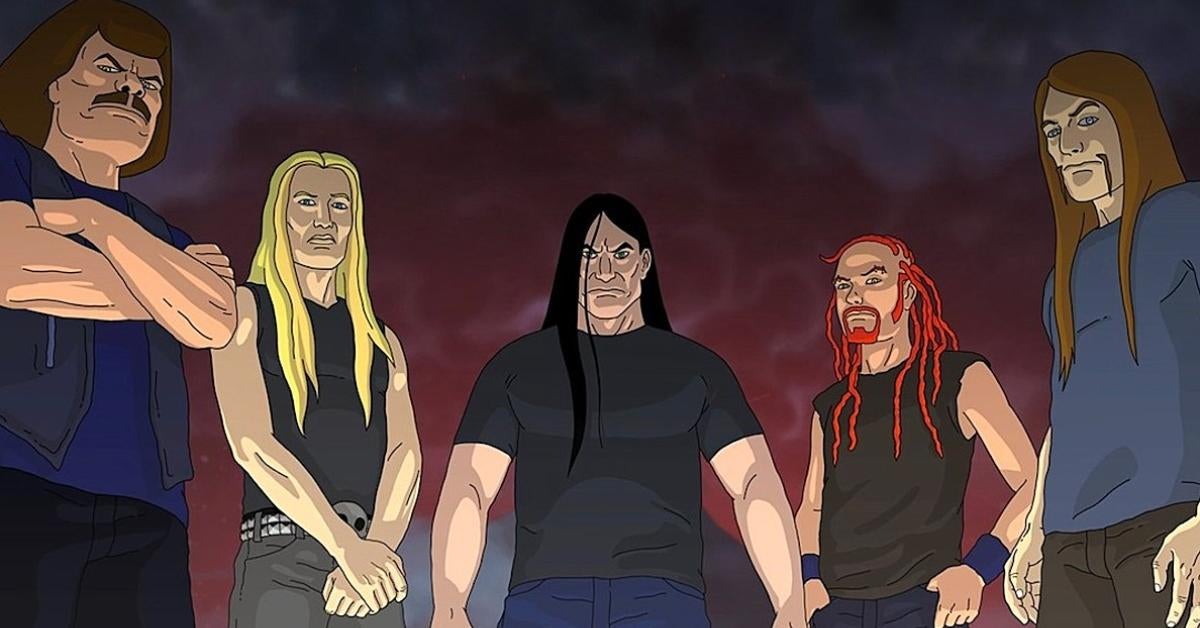 metallocalypse has been working hard on a major return for the franchise in a special new film project, and now fans have received the most significant update yet as Adult Swim revealed the release window for the new film! Brendon Small and Tommy Blancha’s original animated series ended its run in 2013 with a special hour-long episode that provided a rock opera for Dethklok’s final adventure. It was a fitting grand finale for the franchise, but there will soon be a big comeback as Small not only makes new music with Dethklok himself, but the new film project is upon us.

First announced to be in the works during the Spring 2021 season, Metalocalypse has been working on a new film project to be released on Blu-ray, DVD and digital media. This new movie has been pretty mysterious as to what to expect from its new story or music, but during the live stream accompanying this weekend’s Adult Swim Festival in Philadelphia, it was announced that the new Metalocalypse is still is on track for a 2023 release.

Unfortunately, no more concrete details about the release are available at this time. Given what’s happened to HBO Max, it’s probably good news that it’s moving forward (for this and Adult Swim’s other film projects), but what to expect from the new one metallocalypse Movie, if it arrives, Adult Swim’s original announcement describes the project as such: “The power-hungry TRIBUNAL unveils their secret and deadly ‘Falconback Project’ as the world spirals into contested chaos and the menacing Doomstar breaches Earth’s atmosphere while the mysterious and twisted A band member’s disagreement threatens the future of Dethklok.

Right after the heroic rescue of Toki Wartooth, can Dethklok choose between their egos and the greater good of the world to embark on a gauntlet of dangers that will test their souls and ultimately write the song that will be their salvation? The new film was created by Brendon Small and Tommy Blancha. The film soundtrack will be released on WaterTower Music.”

are you happy to see metallocalypse Return for a new feature film? What are your hopes for the big return of the metal animated series? Let us know your thoughts on this in the comments! You can even contact me directly for animations and other cool stuff @Valdezology on Twitter!