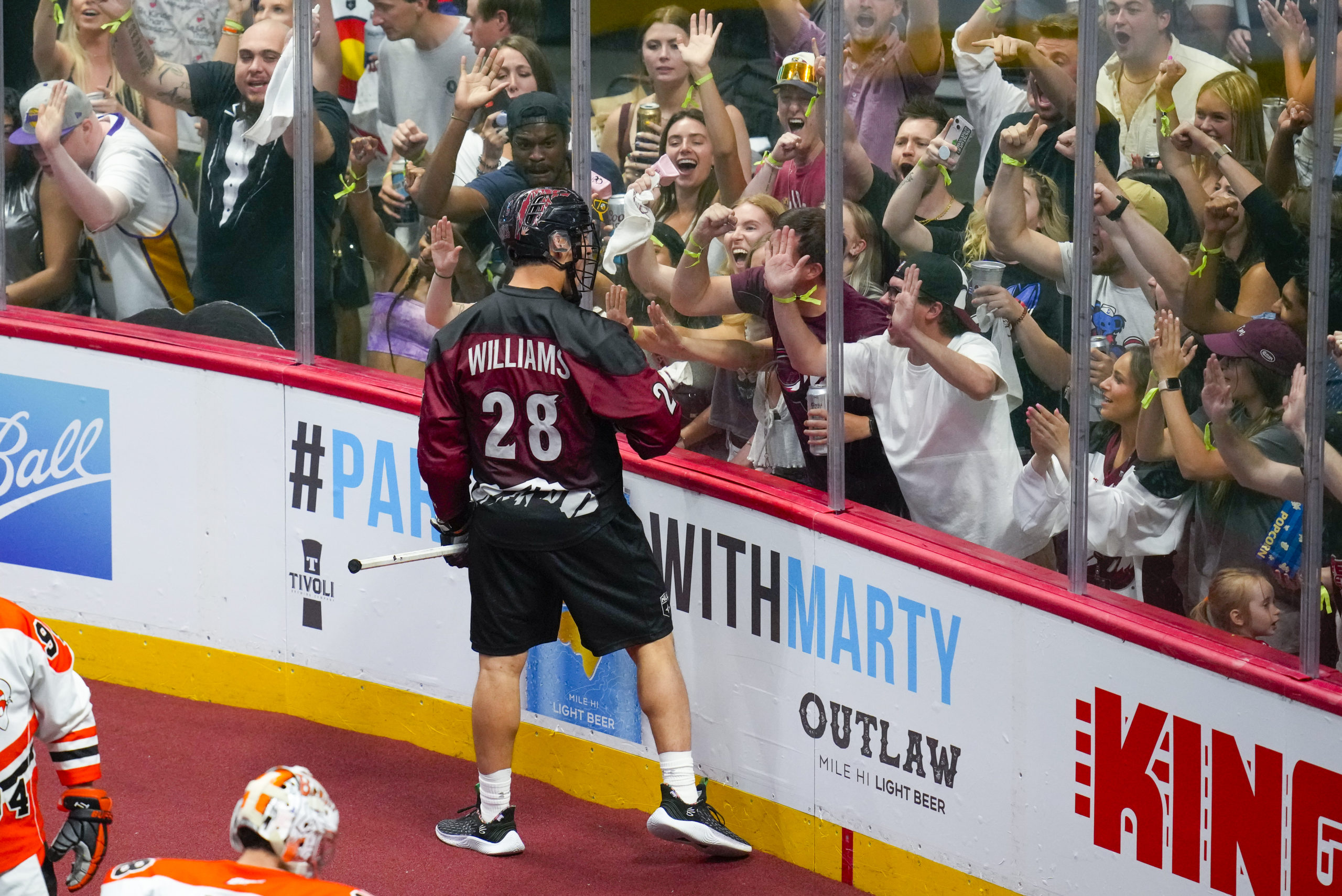 The hearty Colorado Mammoth had at least one more comeback under his belt, beating the Buffalo Bandits 7-2 in the second half to win Game 2 of the NLL Finals 11-8 in front of over 10,000 loyal fans on Saturday night at the Ball Arena in Denver .

And this time the mammoth was without Eli McLaughlin, the league’s leading playoff scorer, who was placed on the injured reserve list just hours before the game.

“Everybody went up, next one went up,” Colorado forward Zed Williams said in a live post-game interview.

The mammoth win evens out the best-of-three championship series and forces a crucial Game 3 next Saturday (June 18) at the KeyBank Center in Buffalo (7:30 p.m. ET/ESPN+ and TSN).

Williams had a game-high with four goals and seven points, while Colorado teammate and rookie Brett McIntyre had two goals and six points. Connor Robinson had three goals and one assist, while Dylan Kinnear and Tyson Gibson each had one goal and three assists. Chris Wardle added four assists.

“I feel like that’s been our team’s theme for the last half of the year,” said Pat Coyle, Mammoth head coach. “We have our big boys who leave, like Zed and Connor, but our supporting cast always play along.”

McLaughlin joined Colorado’s top scorer during the regular season, Ryan Lee with 119 points, on the touchline at a crucial time. McLaughlin had 41 points in five postseason games leading up to Saturday.

“Our depth and management did a really great job, with Brett McIntyre filling in for Ryan Lee and now Sam Firth for Eli,” said Coyle.

Dillon Ward made 40 saves in Mammut’s net and trumped the Bandits’ Matt Vinc, who had 33 stops. This was only the second time all season that Buffalo’s offense had recorded a single-digit goal total in a game.

“Dillon was great,” said Coyle. “In order for us to win, I think we need that from Dillon. And what an opportunity for him to compete against him. You see so much press about Vino being the best goalkeeper in the league, which man he’s also great, but we’ve always felt that our goalkeeper is the best in the league… so yeah, he was great.

Colorado is no stranger to comebacks, having featured in all four playoff wins, including a third-quarter goal drop against Calgary in the first round and being 9-6 down at halftime in Game 1 and 9-5 at halftime in Game 3 of the West Finals against San Diego.

The mammoth also had several comebacks during the regular season, including two memorable rallies of seven goals to Vancouver in different games.

At halftime on Saturday, Colorado trailed Buffalo 6-4. The mammoth led 1-0 at the end of the first quarter through Williams’ first goal of the game, but the Bandits went on a 5-0 run in the second marked by Dhane Smith and Josh Byrne.

Buffalo held the lead until Williams’ last goal leveled the game 8-8 at 4:04 of the fourth quarter. Kinnear scored less than a minute later to give Colorado a 9-8 lead. Gibson and McIntyre added insurance markers to complete the comeback and sent the series back to Buffalo.

“We’d rather play here [at the Loud House in Denver] because it was obvious how we fed on our fans in the fourth quarter,” said Coyle. “It’s honestly one of the best atmospheres I’ve been in here. It was great.

“We’re ready to go, it’s a game, a game for the NLL championship. We just try to always play the same no matter where we are.”

The loss was the first of the postseason for the Bandits, who went into Saturday’s game with a perfect 4-0 record.

With the win, momentum could now be on the mammoth’s side as Colorado seeks to win its first NLL championship since 2006. Buffalo has not won the title since 2008, losing to Calgary in 2019, the last time the NLL Cup was awarded.

“Any time you get an opportunity to be in a championship game when you know the winner gets everything, we’re going to prepare the same way we have all year,” said Mammoth captain Robert Hope, who played eight loose balls floated and caused two forced turnovers on Saturday.

“The stakes are a little higher but we will stick to our game plan that has kept us successful all year.”