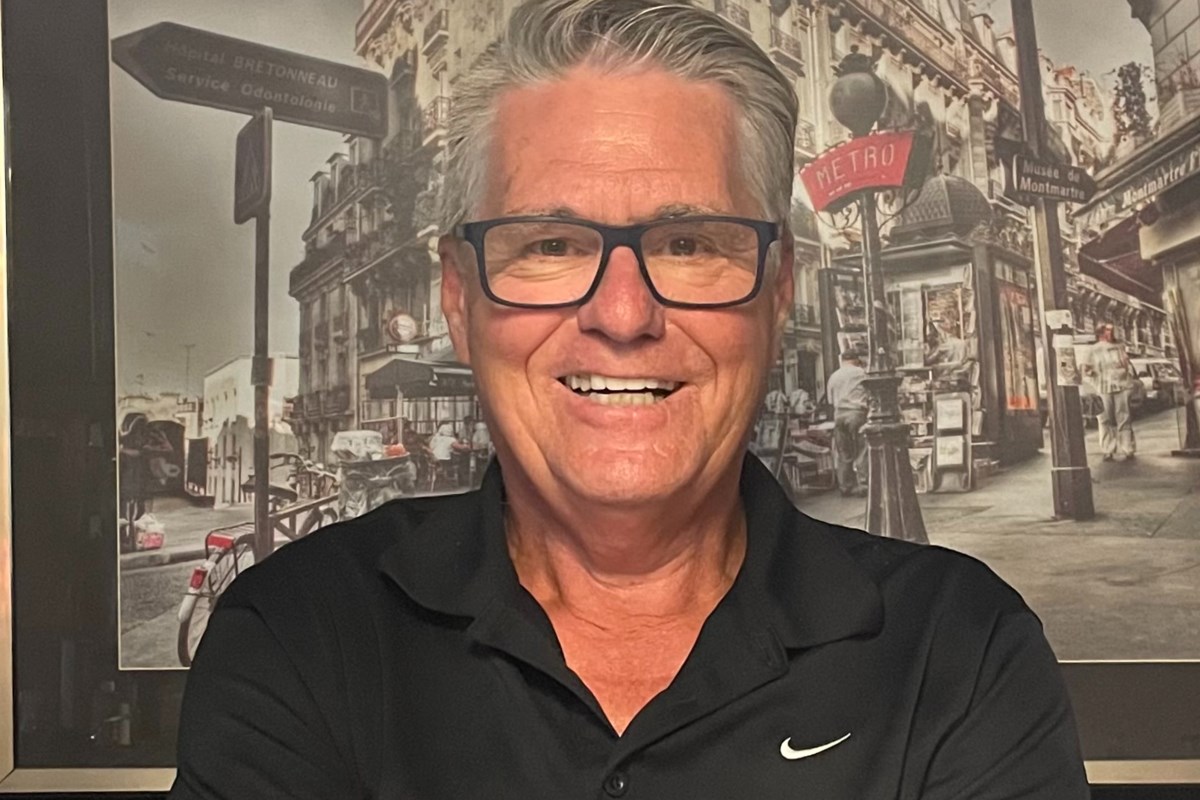 OrilliaMatters is profiling all candidates standing for election in the October 24 local elections. Potential candidates have until August 19 to submit their nomination documents.

A local business owner has proposed his name for a position on the City Council, and he hopes to bring a ‘common sense’ perspective and responsible spending habits to City Hall.

Rick Sinotte, 66, has lived in Orillia for over 50 years and is a candidate in the upcoming Ward 1 local election.

Sinotte has been running his clothing business, Sinergy Clothing, for 20 years and previously ran bars and alcohol-free clubs for teens in the Orillia area.

While his political experience is limited to serving as a board member on Downtown Orillia’s management board, Sinotte’s organizational experience in local sports is deep, he explains.

He has served on the boards of directors of local baseball organizations, served as president of the local slo-pitch organization, directed and directed baseball and football games for decades, coached minor hockey, and served as an executive with the North Central Predators AAA hockey organization, among other activities, in some of his ventures.

For the past 14 years he has outfitted local sports teams through his clothing store.

“I’ve been involved with sports for a long time and that’s mostly what I’m familiar with,” said Sinotte Orillia Matters. “I have a lot of organizational experience, but never political … I’m more pro-Orillia, not NDP, Progressive Conservative, Liberal, nothing like that.”

Sinotte said he hopes to bring a customer service perspective to his conversations with constituents and that he wants to work on taking care of Orillia’s needs before he takes care of his needs.

Common sense in fiscal policy is also a priority, he stressed.

“We have to have common sense — spending our money on $2 million and $3 million buildings that really aren’t being used as much as they should, and trying to build new things when we have some things.” we can fix…let’s start by fixing the stuff we need and maybe then if the budget is spent right we’ll move on to the stuff we want.”

When asked what issues he would like to tackle in Orillia, Sinotte said he enjoys working on improving roads, bringing vibrancy to the city center, improving some of the sports infrastructure and working on the pressing challenges of housing and the opioid crisis.

“Housing is huge in my opinion, but I’m sure that’s on everyone’s list of candidates,” Sinotte said. “It’s hard for young people these days to afford a house… They have 70-, 75-, 80-year-olds (also) and there aren’t many places to live if they’re never successful or lucky enough.” were have a good job or something in life.”

Referring to the current infrastructure, which he would like to see upgraded, Sinotte pointed to local baseball diamonds and roads.

“I think roads are probably one of the most important things; We have some terrible roads,” he said. “We’ve got some really bad, horrible roads, and I’m sure everyone knows Laclie is one of them – (we need) line painting on the roads, street cleaning.

“From a sporting perspective, we have a lot of people who play slo-pitch and baseball, and our diamonds are horrible — they’re the wrong dimensions, the sand isn’t the right sand,” he said. “I’d like to see our diamonds maybe upgraded a bit – we don’t need new diamonds.”

Sinotte said he also wants to work on attracting people to downtown Orillia.

“People have spoken, and they want downtown to look a little livelier,” Sinotte said.

“I was in Barrie on Saturday to pick up one of my sons from the train station. I had to go down Bayfield Street to Dunlop. I look both ways, no kidding, 1,000 to 2,000 people were down there having fun, walking their dogs, walking their families, shopping bags. It’s awesome.”

Regarding the opioid crisis, Sinotte has seen former customers die from overdoses at his shop.

“Even if I don’t win the election, we have to have something as a group,” he said. “I have died over 12 people who bought clothes from me that I knew from the clothing industry. It needs to be cleaned up. I don’t know the answers, but I think if a group of us gets together… maybe if we work together we can find the answers because it’s awful.”

Whatever the issue, however, Sinotte said he vows to do work that will help the city progress.

“As long as we achieve something worthwhile and meaningful in Orillia. I love Orillia,” he said.

Ted Emond and David Campbell are the current councilors of Ward 1. Emond has announced he will not seek re-election while Campbell is seeking a second term.