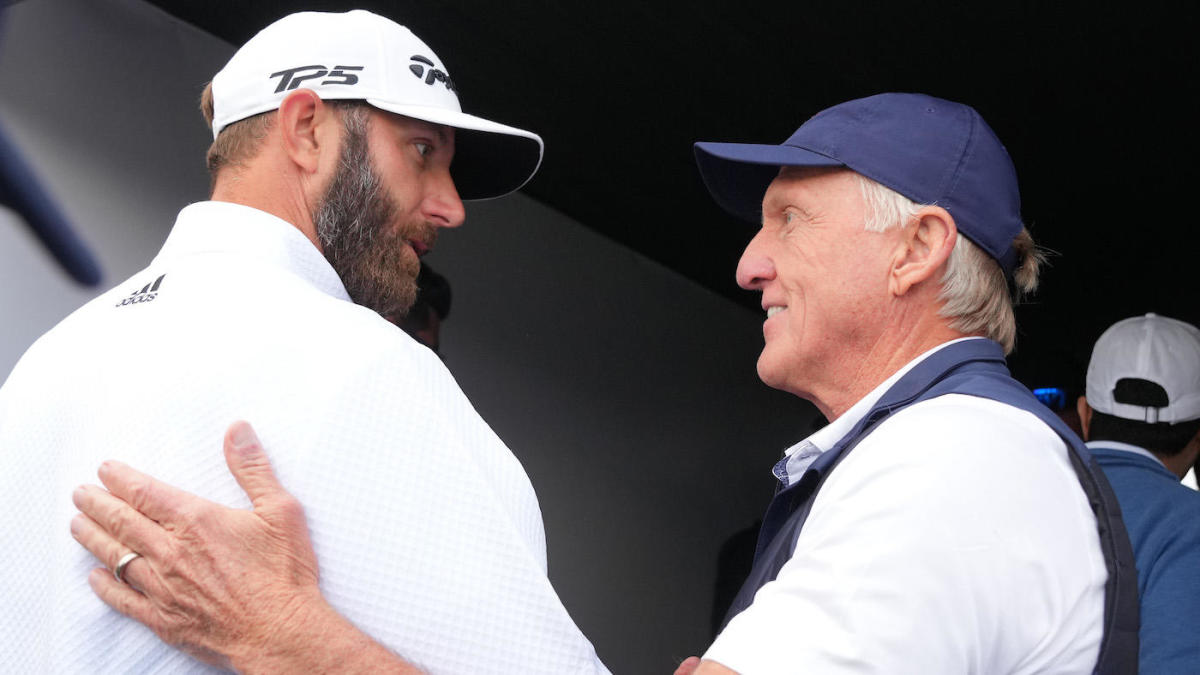 The best postseason in all sports, according to fans, almost unanimously belongs to the same organization that has the dullest, most watered-down regular season. College basketball’s March Madness captivates in an almost inexplicable way after four months of struggling – at least compared to its professional counterpart – through one of the worst products of any televised sport.

Thursday was a historic day in golf history. LIV Golf kicked off its groundbreaking shotgun start style inaugural event at the Centurion Club in London. After months of promising that we wouldn’t believe how good this breakaway league was going to be (actually implying the opposite), the league came up short with a surprisingly compelling presentation that included ubiquitous, informative player and team leaderboards five hour days and a team concept that was easy to understand and even easier to accept. Contrary to the slogan, you might blink and not miss much, but if you close your eyes for a nap you might miss most of the show.

One of the elements of the presentation that worked best was a countdown in the top left corner of the screen that kept viewers informed of how many holes were left on the day at all times. Compared to the boring rounds of the PGA Tour, the snappy nature of LIV Golf’s first 18 holes was a shockingly positive feature. The Golf itself wasn’t great. Battling Charl Schwartzel and Hennie du Plessis at the top of the leaderboard probably wasn’t what anyone at LIV Golf had in mind when the idea was developed over the last few years, but the framework was surprisingly solid.

I didn’t want it to be like this. I started the day as pessimistic as anyone. Not because I’m an opponent of competition for pro golf’s regular season, but because the lack of a business model and the often vaudevillian anticipation of Thursday doesn’t bode well for golf fans. There is still much disgust to raise. Quality production doesn’t erase the reality that the LIV Golf League is essentially a facility washing the reputation of a hostile government. It also can’t change the fact that Stars get paid whether they shoot 65 or 95 in these events, eliminating one of golf’s greatest attributes: its meritocracy. And no format on earth can compensate for the fact that the worst PGA Tour events are still more consequential than any of the non-relegated LIV golf tournaments.

The PGA Tour is in real trouble, by the way. A mostly toothless letter Thursday’s ban on players who traded their PGA Tour cards for LIV Golf lanyards is symbolic of how little influence or power the Tour currently wields. If your annual revenue is $1.5 billion and your opposing league has a war chest roughly 400 times that size, you can’t make logistical changes to keep all your players. If your only recourse is to point out to players how much money the other guys have and how much harder it is to exist and thrive on the PGA Tour than it is in the more comfortable LIV Golf League, then urge pro athletes to trust that they will choose legacy and morality over wealth.

Let me know how that goes.

Still, there is a way forward. People in the Premier Golf League have been trying for years to come up with a product similar to what the Crown Prince demonstrated at Centurion Club on Thursday and indeed it appears to be the very blueprint the Saudis copied when they released this LIV Golf League started . PGL was encouraged, not embittered, by what transpired at the Centurion Club on Thursday. It would be an untenable position for the PGA Tour to avoid drastic action – either alone or through a partnership with the PGL, because, uh, legacy is what the boys play for(?) – would be an untenable position to take , as golfers step into a new era .

If the PGA Tour believes that the status quo will be enough to stave off the money rushes the Saudis will continue to create, then Patrick Reed doesn’t have enough clubs in his pocket to pull his head out of the sand.

What is becoming clearer is that what has happened over the past few months, and even this week, is representative of what the next few decades will be like. As much as I don’t want that to be true, it will be. It could be these two leagues battling for dominance, or 10 more could emerge, but LIV’s presence further dilutes a professional game that already had 23 OWGR-sanctioned leagues around the world.

Which brings me to the point I’m actually trying to make: Thursday’s big winners weren’t Greg Norman and the LIV Golf League, they were the USGA, R&A, PGA of America, and Augusta National. When the nitty gritty of tour life is broken down and replicated over and over again, it makes golf’s “post-season” – if we will call it that – even more important.

This is currently raising questions at the forefront of professional golf as to whether the Official World Golf Rankings Board (consisting of the PGA Tour plus these major organizations) will extend OWGR points to LIV golf events. The approval of the major championship bosses would be an acknowledgment that they are no longer in step with the PGA Tour and are leaving them to their own devices against the Saudis. A rejection would be an indictment of the legitimacy of the OWGR as a ranking system, since so many top players are already playing LIV. Because these organizations don’t want to be taken to court by LIV Golf over this, nor do they want to devalue their own tournament fields by excluding top players (many of whom, even under threat of ban, will still decide money over big entries). , I am convinced that the big organizations will not deny LIV the OWGR points.

There’s a certain sadness in that. I spoke to a PGA Tour player Tuesday who said professional golf would change forever this week. He’s obviously right about that, and it’s disappointing to think that events at venues like Riviera, Colonial and Bay Hill will not carry the same cachet as they have in the past. The bottom line, however, is that Major Championship Golf is by far the best form of golf in the world, and these four weeks will be even more monumental than they already are.

The battle for the regular season Superstars will rage on for years to come, and the fans will serve as collateral damage. This is as unfortunate as it is inevitable. Fans will consume all of this drama, and some of it may even be amusing, but little by little, the foundation of regular-season golf will erode. This is going to be a bummer, but I’m also not sure if it can be stopped. No one can stem the tide of economics, especially the kind of dirty economy at play here.

Big weeks will be a breath of fresh air. They know that too, and that’s why they probably won’t stand in the way of any regular-season tour that pops up. If they don’t move soon, the exodus will eventually become too big, and to date they haven’t moved. Perhaps because they have no incentive to do so.

I keep thinking about something that PGA of America CEO Seth Waugh said at Kiawah last year: “I come from a world of disruption. I think it’s inevitable – I actually think it’s healthy. Either you disturb or you are disturbed. That’s what that is.”

The disruption has occurred. When the PGA Tour tried to lean on history as if it were a major championship organization, history did not support it. LIV Golf’s successful debut on Thursday suggests a long-term war is on the horizon for the Tour. LIV will not fail, maybe because it’s thriving, but maybe because it was never designed to succeed. Waugh observed all of this as an outsider looking in and, ironically, along with the three other major organizations, became the beneficiary of the greatest upheaval the sport has seen in half a century.

Golf has always been fairly global, and with the introduction of LIV, it’s likely to become even more so in the future. The OWGR’s top 1000 players will be spread across the globe. It will be difficult to follow and wrap your arms around. But then, four weeks a year, the golfing world gathers at the Masters, the PGA Championship, the US Open and finally the Open Championship. Players who play will likely be able to afford slightly better travel conditions, and perhaps they will likely bring slightly larger entourages to these events.

But for those four weeks, none of the extracurricular activities that have made golf difficult in recent years play a role. The sport is distilled to its purest form. Trying to get a ball in a hole with a stick on the most challenging and exciting courses in the world for a trophy that really counts. The money players make can buy a lot of things, but it can’t buy the magic or excitement of these 16 days. There’s only one way to experience this, and everyone who matters will be there.