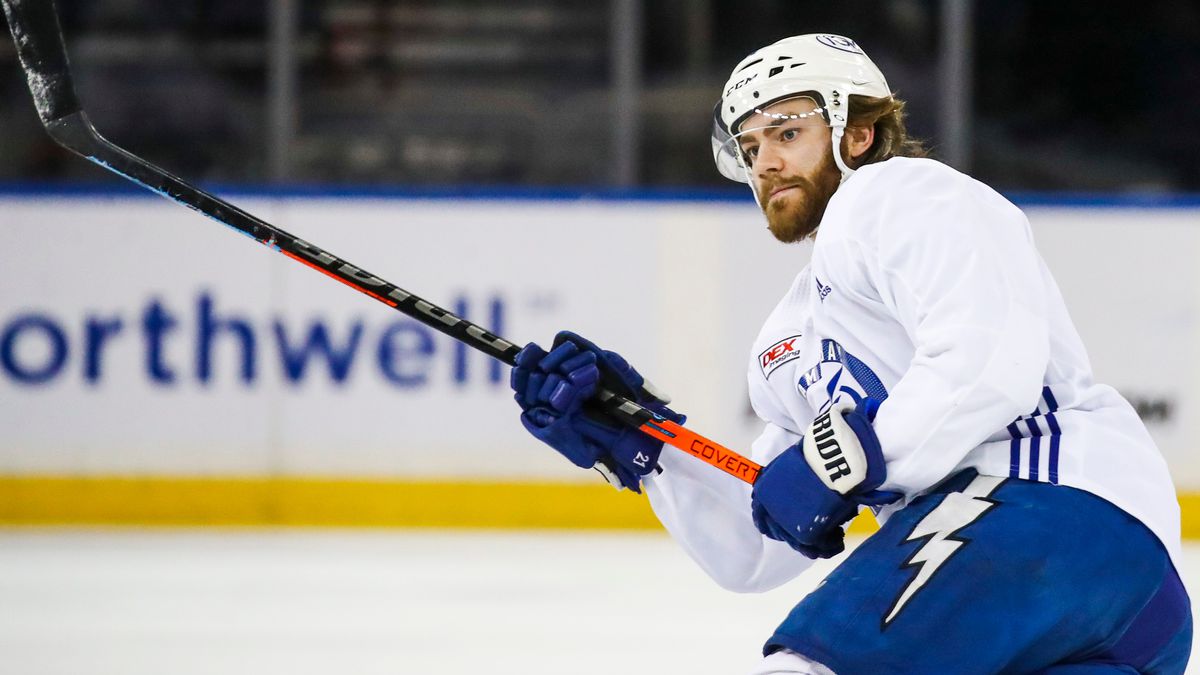 NEW YORK – Lightning center Brayden Point continues to return from a lower body injury, but coach Jon Cooper said Point will not be returning for today’s Game 5 of the Eastern Conference Finals.

Point was a full participant in optional morning skating at Madison Square Garden and also worked on post-skate group practice. Since he was out with an apparent injury to his right leg/hip, he skated well, especially when making cuts.

Cooper opened up about his pre-game media availability by saying if Point plays, “he’ll be ready to play. He’s not ready to play at the moment.”

Brayden Point is on the ice today #GoBolts Ice skating in the morning. pic.twitter.com/tcJMrJt9WM

The Lightning are without a point since he injured himself in Game 7 of the first round playoff series against Toronto. The Lightning need to be sure Point is ready for the intensity of playoff hockey.

“We know[Point]will do whatever he can,” McDonagh added. “Whenever he says he’s ready to go, we will of course welcome him back with open arms. He’s been a big part of our team’s success over the past few years, there’s no doubt about that.”

Brayden Point is getting some extra work to follow along #GoBolts Morning skate at MSG. Looks like he skates well, especially with his cuts. pic.twitter.com/UpDeRcsLdG

Meanwhile, the Lightning return to New York, realizing they need to win at least one game along the way to win a best-of-three series. The Rangers have won eight straight games at Madison Square Garden. And while it seemed like the Lightning needed time to get their legs and lungs back after a long layoff in Games 1 and 2, Cooper said he knew his team would need more than they did in their last two showed home wins.

“At the end of the day, you have to win on the road,” Cooper said. “That’s the bottom line. We have the opportunity tonight but it will take everything we have and probably more to come through and win a game away from home.”

Sign up for Lightning Strikes, a weekly newsletter from Bolt’s Beats writer Eduardo A. Encina that brings you closer to the ice.

Follow all the action on and off the ice

We’ll send you Bolts news, analysis and commentary weekly throughout the season.

You are all registered!

Want more of our free weekly newsletters delivered to your inbox? Let’s start.

Discover all your possibilities

Never miss the latest with the Bucs, Rays, Lightning, Florida College Sports and more. Follow our sports team on the Tampa Bay Times Twitter and Facebook.