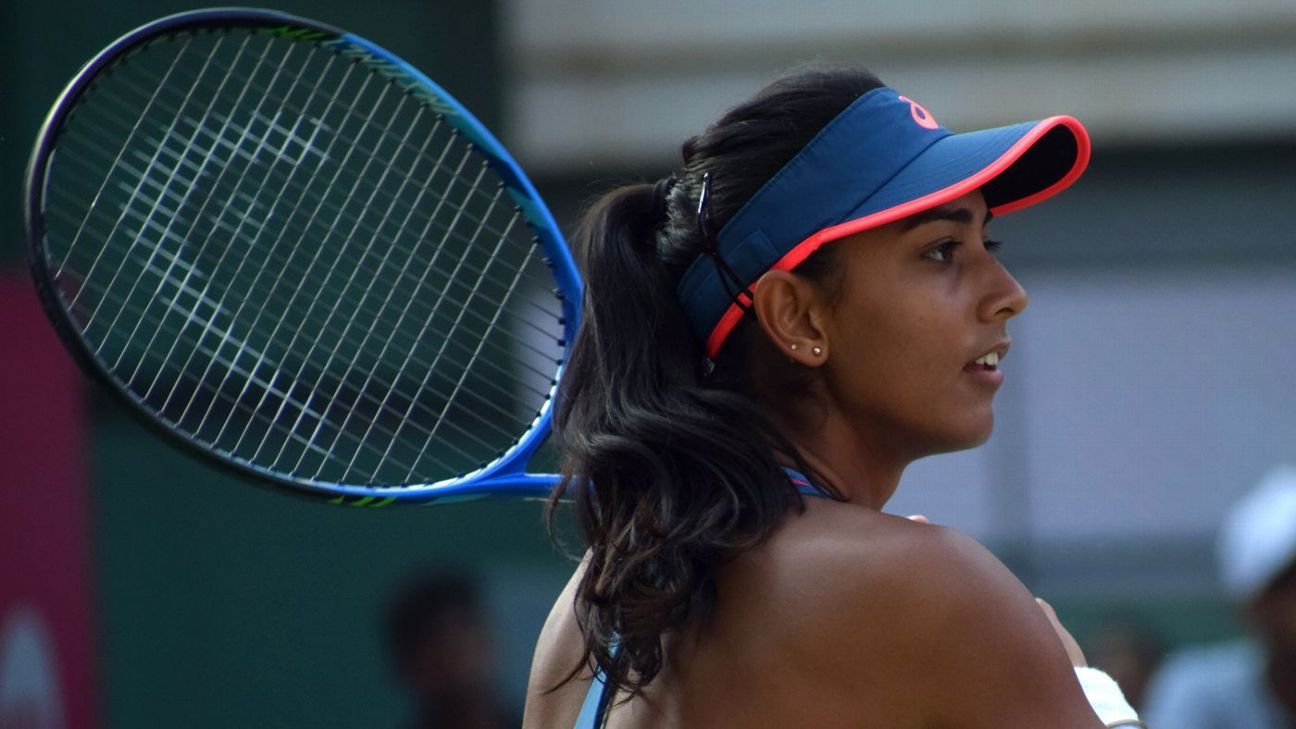 Karman Kaur Thandi was poised to become the next big thing in Indian women’s tennis. In August 2018, at just 20 years old, she achieved a career-best individual ranking of 196, only the sixth Indian woman to crack the WTA Top 200.

But a gruesome combination of injuries and the pandemic sports shutdown saw her lose a good chunk of three years. Thandi, 23, still has age on her side and with her strong desire reinforced by biomechanical changes to her injury prevention game, she’s preparing for yet another comeback on the ITF circuit – the lower tier of the tennis grinds.

“The last few years have been difficult in terms of fitness and Covid. It’s difficult when you keep getting hurt and just when you’re recovering, do the right things, step on the pitch and play a few games and you’re back to square one. That’s the most frustrating part,” Thandi told ESPN.

The current world No. 478 will play the ITF 25K event in Chiang Rai, Thailand this week, her first match since retiring at a similar level in February. This was just another in a series of injury-related absences during the game. The last was in Pune last December and perhaps the most exciting was qualifying for the 2019 Miami Open after being wildcarded into the WTA Premier Mandatory tournament.

Two of those in just a few months late last year, after a final run in Italy that should have been a turning point. Turns out it was the last run that made matters worse.

“It started with a shoulder injury, then I pulled my abs in the last tournament I played in Italy in the quarterfinals. [But] I kept going because I was in good shape. I pushed myself and ended up exacerbating the injury. It took a few weeks to recover from this, but when you put stress on your body, another part is affected. My shoulder and then my elbow did it, so the last tournament I quit was because of my elbow. It was really painful because after that I wasn’t able to do basic everyday things like lift a spoon,” she said.

Thandi and her longtime trainer Aditya Sachdeva say they have now identified and addressed the cause of the injury streak. They have worked with physiotherapists and fitness trainers and functionally changed a few things in their game that will be tested extensively in the coming weeks.

“It was the same chain that wasn’t working properly that we were able to diagnose now,” said Sachdeva, the RoundGlass Tennis Academy’s technical director, on the sidelines of the academy’s first induction program, which Thandi was also present at.

“Certain body parts in the biomechanical chain were not functioning, causing the other parts to overcompensate, which led to the injury. We’ve gone through the entire kinetic chain and are now making sure that all body parts come through in all strokes.”

Will these changes affect her big serve and forehand, which are her strengths? “Let’s just wait and see, you might find that it’s a bigger serve and a bigger forehand,” Sachdeva said with a smile.

Thandi said she motivated herself during testing times by doing other things she liked, like reading and yoga. Her family also made sure to keep her positive. “What I can do at this point is give my 100%. That’s under my control, the things I can’t control, I don’t give them too much attention or power. This is very important.”

Equally wise is her goal for the rest of the year: to hold out in competitions, stay healthy and play consistently despite injuries. “Injuries are part of a player’s life so it’s not like it’s ever going to happen again. But if it does, the recovery shouldn’t take too long. Also the ranking if I’m 400 I think would be about 250,” she says.

“I just want her to stay injury free and compete,” Sachdeva added in an even more honest assessment. “We know her potential, she hit 190 about three years ago and then the injuries started creeping in.”

If Thandi can indeed stay fit and compete over the next few months to push her rankings high enough, there is a chance she can once again be the future of Indian women’s tennis.