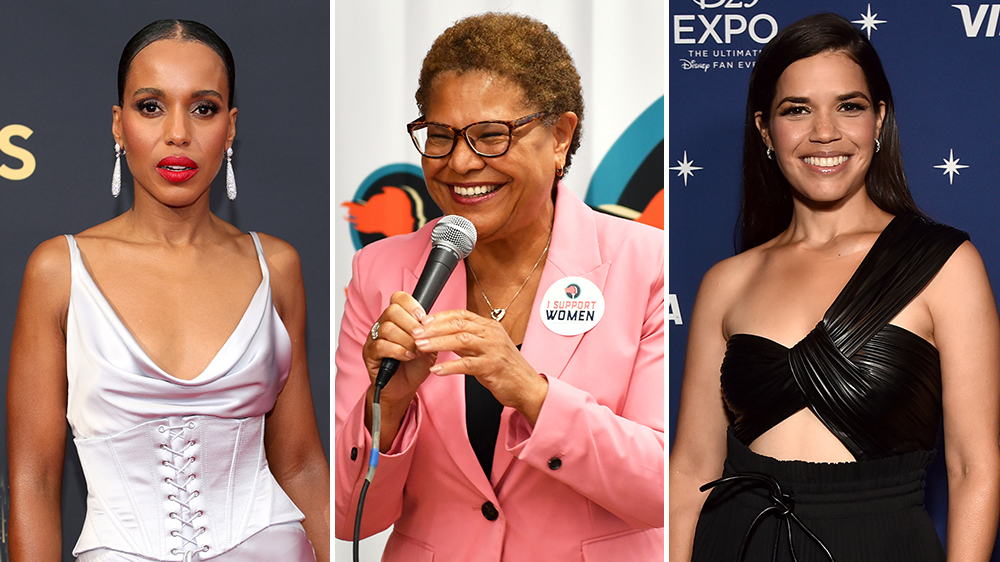 Karen Bass announced a new round of celebrities Monday as she looks to highlight her connections to the entertainment industry in her campaign for LA mayor.

Bass supporters include actors America Ferrera, Kerry Washington and Colman Domingo – all of whom have been involved in Democratic politics nationally in recent years.

Bass is up against Rick Caruso, who has also emphasized his Hollywood connections throughout the campaign, including endorsements for Gwyneth Paltrow, Kim Kardashian and Katy Perry.

Both candidates have vowed to stand up for the film and television industry, which receives $330 million in California tax credits annually. A bill to extend the loan for another five years has been pushed back to next year, meaning the city’s new mayor may have a chance to comment.

In a press release, Bass emphasized her role in creating the tax credit in 2009, when Arnold Schwarzenegger was governor and Bass was speaker of the state assembly. The first version of the loan distributed $100 million a year through a lottery system.

The Bass Campaign shared a statement from Rosario Dawson, who has previously done so tweeted their support for the congresswoman.

“Karen is the only candidate who shares our democratic values, is committed to the election, and has the experience and track record to address the difficult and complex issues affecting our city,” Dawson said in the statement. “I’ve seen her work firsthand and know how dear she is to Los Angeles; That’s why it inspired me to see so many in the entertainment industry recognizing this and standing behind them.”

Bass also highlighted her family connection to the industry, noting that her grandmother worked as a teacher and entertainer at MGM Studios in the 1930s.