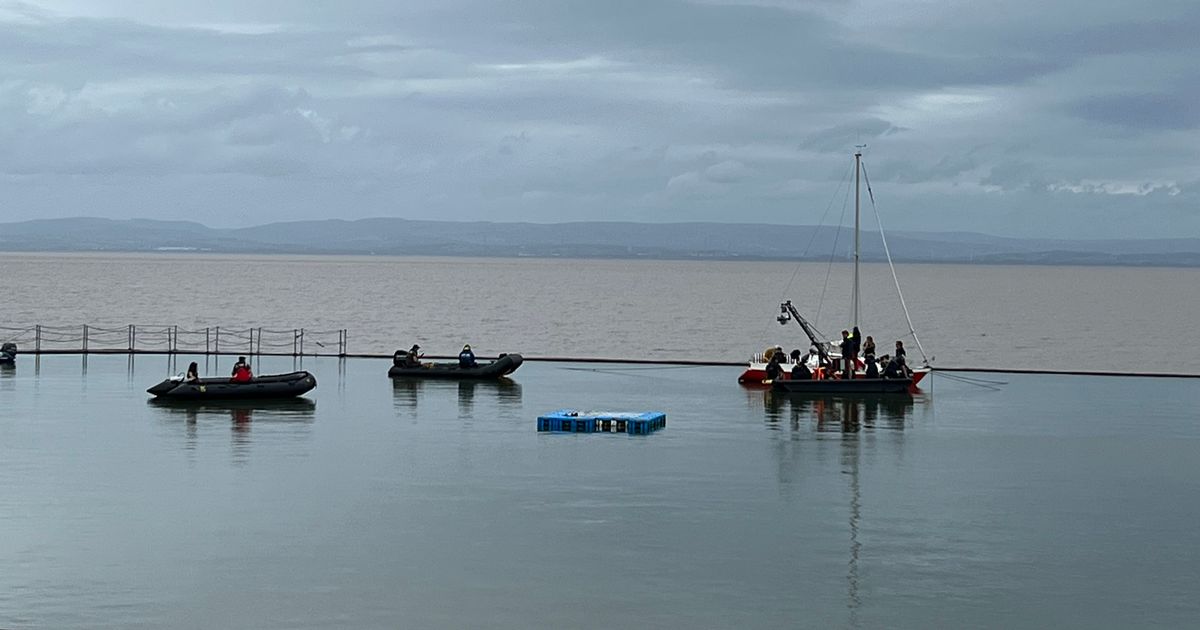 Film crews have taken to the water in Clevedon as filming continues on the Somerset coast for a new Channel 4 drama called ‘True Love’. Stars including Dame Julie Walters, Clarke Peters and Sue Johnston have been spotted in town and further down the M5 in Burnham-on-Sea over the past month.

A crane was reportedly used to lower a boat in Clevedon’s Marine Lake on Wednesday, June 8, which was depicted as a key element in today’s (June 9) filming. Film crews lined up along the south side of the lake, with a giant camera mounted on a boat used for filming.

Production units and trucks marked “Bristol Film and Television Services” can be seen in the Salthouse Fields parking lot, alongside construction for the “adult circus” that has now arrived in town.

The series was written by Iain Weatherby and co-created by him and Charlie Covell. With a cast spanning their late ’60s and ’70s, Truelove aims to break the rules for older characters on screen and upend age-related tropes in a series that promises “suspenseful twists, irreverent humor and passionate romance.”

It’s not yet known who was present at filming today, but lucky residents were able to catch a glimpse of Dame Julie Walters as she flaunted a bright yellow jacket during filming near Clevedon Pier last month. Arguably best known for her role in Harry Potter as Molly Weasley, the actress has an astounding array of accolades to her name, including two British Academy Film Awards, two International Emmy Awards, a BAFTA Fellowship and a Golden Globe. She was also nominated twice for an Oscar: once for best actress and once for best supporting actress.

Filming has also been taking place regularly in Burnham and Brean, with Sedgemoor District Council confirming film crews are expected to return to the town between 9am and 11pm on 13th and 14th June.

However, Clevedon is no stranger to productions on both the big and small screens and has become a very desirable location for production units. The Victorian seafront and Grade II listed pier seem to provide a popular backdrop for film and TV crews.

In recent years, One Direction, David Tennant, Keira Knightley and Ashley Jensen have all been spotted around town filming for various movies/series and even music videos – like the One Direction music video ‘You and I’ which has been viewed over 556 times millionfold.

Want our best stories with fewer ads and notifications when the biggest news hits? Download our app iPhone or Android