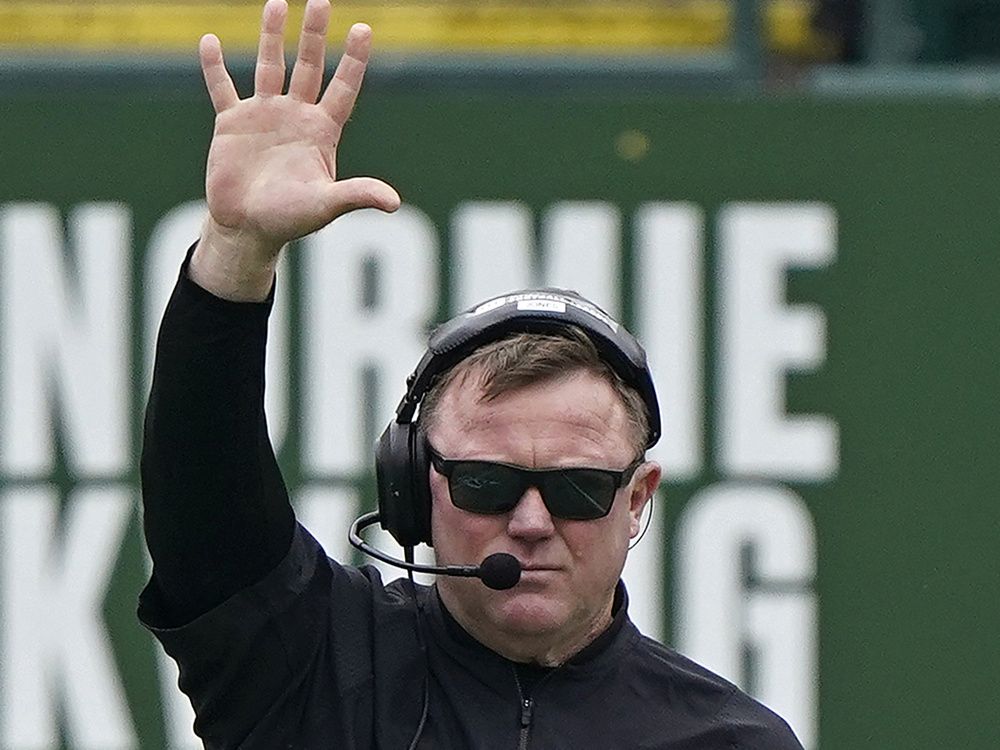 “Cody’s won a lot more games than he’s lost, and he’s a good football player,” said Jones, general manager and head coach of the Edmonton Elks, ahead of Saturday’s CFL game against the visiting drivers. “It was just taken out of context.

“I don’t want to take anything away from Cody because he’s so passionate about playing. It’s unfortunate, but that’s how it was portrayed.”

Jones caused a stir after an off-season interview with Postmedia’s Terry Jones. The Elks field boss was quoted as saying that Fajardo is not a “top five quarterback,” adding that he doesn’t see the Riders quarterback as a great passer.

Saskatchewan’s offense was productive in 2019 with McAdoo in his fourth season as the Riders’ offensive coordinator. Fajardo threw for a league-high 4,302 yards and was also named the West Division’s most outstanding player and a CFL All-Star. He also had 18 touchdown passes against eight interceptions.

McAdoo was not reinstated after the 2019 season and was eventually succeeded by the Roughriders’ current offensive coordinator, former Elks head coach Jason Maas.

After the 2020 season was canceled due to the COVID-19 pandemic, Fajardo declined statistically in 2021. He appeared in 13 of 14 regular-season games, throwing for 2,970 yards with 14 touchdowns and 11 interceptions.

However, Fajardo emerged as the Roughriders’ starter from the 2021 campaign with a 21-8 aggregate record in the regular season. He improved that chart by leading Saskatchewan to a 30-13 season-opening win over the visiting Hamilton Tiger-Cats on June 11.

For his part, McAdoo is proud of Fajardo’s development into a real starter.

“The biggest thing for me is seeing players that you’ve coached thrive and thrive,” McAdoo said. “Every time I see that happen with these guys, I’m glad I was a part of it.”

McAdoo, 51, is a true football pro as a coach, player and coordinator. That’s why he wasn’t surprised when he was released after the 2019 season.

“Every head coach has to make the best decision about which direction to go in,” he said. “I love what I do and I never got into this business because I was worried if I would have a job. If you do, you will be afraid, and that’s not what you want to be.

“Doing what I love to do has been a bonus for me. I have been blessed and I have no bad feelings about any place I have been.”

Jones is back with Edmonton after leading the Elks to a 26-20 win over the Ottawa Redblacks in the 2015 Gray Cup game. A week later, the Riders hired Jones as vice president of football operations, general manager, head coach, and defensive coordinator.

He remained in those multiple roles through January 2019. A week after signing a contract extension with the Riders, he pounced on a position as senior defensive assistant coach with the NFL’s Cleveland Browns. He was subsequently named 2018 Coach of the Year by the CFL.

“It’s a professional sport and I’ve had the opportunity to train at the highest level,” Jones said. “Joining the NFL was an opportunity to do what I’ve always wanted to do. I am proud to be back because I love the CFL and have many friends in the CFL.”

To replace Jones, the Roughriders were promoted from within and Jeremy O’Day was appointed vice president of football operations and general manager and Craig Dickenson head coach. Under her stewardship in 2019, the Riders finished first in the West Division, 13-5. They went 9-5 and finished second last year.

The Riders and Elks appear to be going in different directions after Week 1 of the 2022 CFL season. After the Roughriders defeated Hamilton early in Saturday’s doubleheader, the Elks were defeated 59-15 by the BC Lions in Vancouver.

“We’ve only got one game in and we need to get in there and establish ourselves,” Jones said. “We’ve been through this before and rebuilt some organizations. That’s what we want to do here.”

The sports world is constantly changing, and so are the times. Supplement your regular sports coverage by subscribing to Regina Leader posts 306 sports fix Newsletter. Each week, Sports Editor Rob Vanstone will provide additional commentary on the Roughriders, Pats and other teams/sports of interest, along with a behind-the-scenes look. Click here to login.

Sign up to receive daily headlines from Regina Leader-Post, a division of Postmedia Network Inc.

The next issue of the Regina Leader Post Headline News will be in your inbox soon.