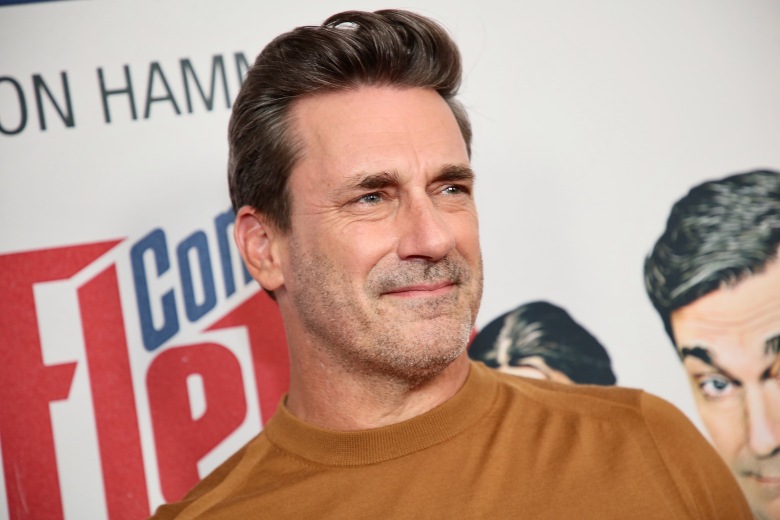 Director Greg Mottola also confirmed that a sequel to Paramount’s revamp is in the works.

Jon Hamm has something to confess: The ‘Confess, Fletch’ actor “paid 60 percent of his salary back to the budget” to complete filming on the Paramount/Miramax feature, according to director Greg Mottola.

“I gave back some of my salary, not as much as Jon because he’s richer than me and I have three kids,” Mottola said in a recent interview with Uproxx. “And we bought three more days of shooting. We got it up to 30 days in Boston and one day in Rome. And we said fuck it, we’re crazy, we’re stupid. We’re going to make this film.”

The $20 million film, released nearly 40 years after Chevy Chase first brought fictional reporter character Irwin M. Fletcher to life, was revived thanks to Hamm’s determination. The Mad Men Emmy winner turned to Mottola to create an updated version of the novel’s hero. However, Bill Block, executive director of Miramax, told Mottola that “up to a certain amount of money I can fully fund this film,” but the production had to be completed in just 27 days of shooting, “which seemed particularly challenging,” according to Mottola.

“So we looked for partners for the film and they all passed,” he told Uproxx. “Everyone said, ‘I don’t know if that kind of comedy works these days.’ They were just like, ‘Who is Fletch? I don’t think anyone cares anymore.’”

Production continued, thanks to Hamm and Mottola putting part of their respective salaries back into the budget, but finding a distributor was another problem. “Nobody wanted it,” Mottola said. “It was depressing.”

And despite the apparent ode to the original, Fletch star Chevy Chase wasn’t asked to act in the film after sitting at a table with Mottola and reading. “Personally, I’m a little tired of films that rely too heavily on nostalgia,” the director said. “Besides, there wasn’t a big role for him. We didn’t want to just walk through the movie and distract everyone.”

As Confess, Fletch garners positive reviews, Mottola confirms that a sequel is in the works, adapting the novel Fletch’s Fortune, which takes place at a journalists’ conference. “I have many ideas [for] how to bring that into all of today’s crazy worlds,” he said.

“I probably love art house films more than anything,” Mottola summarized. “If I could get someone to give me money for something I’ve written that I’d like to do, hopefully I’ll get it handed out by an A24. But it’s just, it’s weird. It’s sort of Hollywood’s middle ground.”

Hamm, who also starred in this year’s another ’80s revival film, Top Gun: Maverick, previously told Entertainment Tonight that the Top Gun sequel is “one of the few top five.” [films] that has nobody in a cape or on a spaceship” to top the summer box office.

As for the beloved “Confess, Fletch,” Hamm told IndieWire that “Knives Out” is the movie credited with sparking a “renaissance of the mystery and the whodunnit” genre.

“Our film benefits from that as well,” Hamm said, “but you see it in ‘Only Murders in the Building’ and ‘Death on the Nile’ and all this kind of revisiting of these mysteries that’s really compelling because it’s really satisfying to look at her.”

Registration: Stay up to date on the latest movie and TV news! Sign up for our email newsletter here.