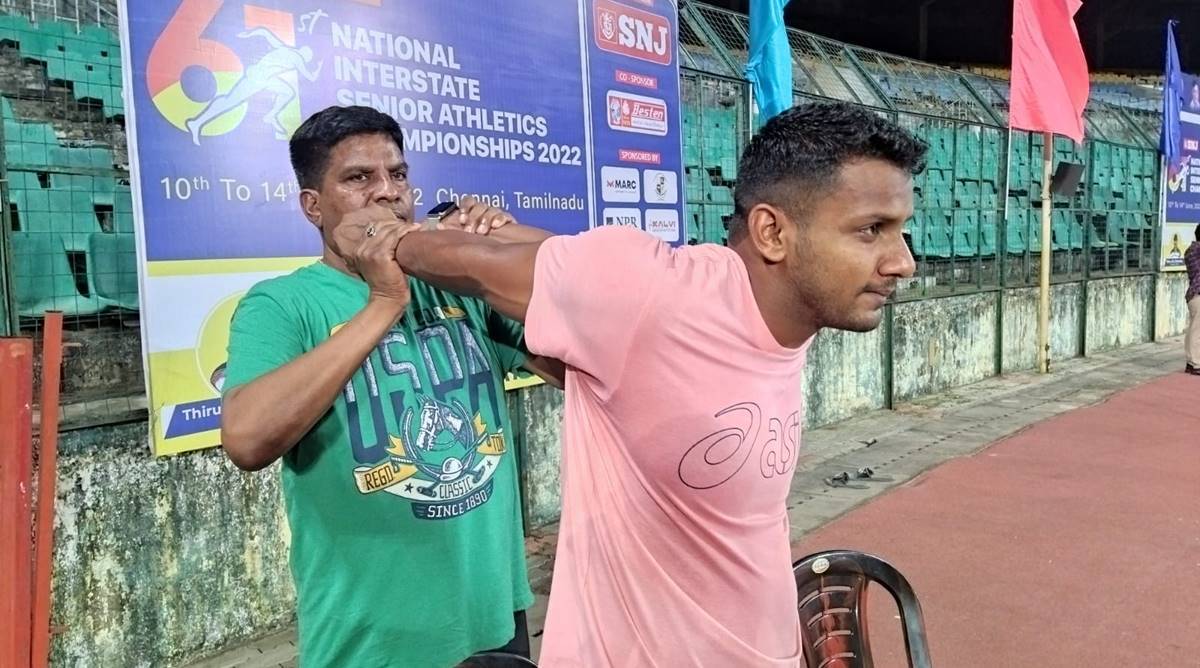 India’s latest addition to the 80m club, javelin thrower Yashvir Singh’s father Rai initially didn’t want his son to pursue athletics. When Yashvir was about 12 years old, Bhiwani’s family moved to Delhi so that he could attend a private school and advance his education.

“Someone told me that the school produces a lot of CBSE toppers, so we sent him there,” says Rai. But Yashvir not only made no progress, but narrowly passed his trials. Both Yashvir and his father were convinced it was time to return to what he was good at – sport.

“Padai hui nahi, aur sports toh khun my heen hai. (He wasn’t great at science, but he has sport in his genes),” says Rai, a former national-level athlete-turned-coach.

Yashvir, who broke the 80m mark at last month’s Indian Grand Prix, is among the new talents. At 24, Olympic champion Neeraj Chopra is on a completely different level. In 2015, at just 17, he broke through the 80s mark. After Shivpal Singh (personal best 86m) and Davinder Singh (84.57m) clashed with dope hangers, the focus has shifted to the younger generation – Sahil Silwal , Rohit Yadav, DP Manu and Yashvir.

“It’s really a great thing for javelin throwing in India. You really need good competition to bring out the best in you. Off the field we’re all really good friends, but then we’re fierce competitors,” says Yashvir, who set his personal best of 82.13m just two weeks ago in Bhubaneswar. Yashvir first came into the limelight when he rewrote Neeraj’s U-20 Fed Cup encounter record with a 78.68m throw last year. He was dismayed at the time to have missed the 80m.

“Beating the 80-meter mark was very important to me,” says Yashvir, while his father shakes his head disapprovingly. Coach Rai, who has higher expectations for his son, dismisses 80m as “just a number”.

“Recently I received a call from someone congratulating me on Yashvir joining the 80m club. But that’s no big deal,” says the tough disciplinarian.

Realizing that academics were not his thing, Yashvir returned to Jaipur where his father, who was employed by the railway, is now based. “I first played basketball to get fit and then started with a bamboo javelin. Once I mastered the technique, I switched to a standard javelin,” he says.

Yashvir and his father don’t like to complicate things. The duo believe in a simple motto: “Hard work produces results”.

“There is nothing special about our training. We spend a lot of time exercising and eating right. When I was an athlete, I made a lot of mistakes and I just make sure my son doesn’t follow the same path,” says Rai.

Yashvir says his father is a little “harsh” during training and doesn’t hesitate to throw an ear to him when he makes mistakes. “Bahut gali padti hai. (He often scolds me). But this is only during training and only for practice. Other than that, he never yells at me about anything. He’s a very nice person,” he says, exchanging a quick look with his father, who is sitting next to him.

Rai admits he’s a tough disciplinarian but feels his son needs a dose from time to time. “I have to do it. I have to correct my son. He didn’t do well in school and now sport is the only option he has and we must not be slacking in any way.”

Yashvir feels his arm strength and explosive release set him apart from other launchers. “I also have a good run-up and release angle,” he adds. Any vulnerabilities? “None,” he replies with a cheeky smile.

“He needs to improve his throwing speed,” his father quickly adds.

Having already made the cut for the Commonwealth Games, Yashvir is now aiming for a throw of almost 85 meters (qualifying mark for the World Championship) at the Interstate Meet.

“It (85 m) is not a big deal. We’ve trained well and I’m pretty confident. Maybe I’ll land that target here in Chennai myself,” he says.