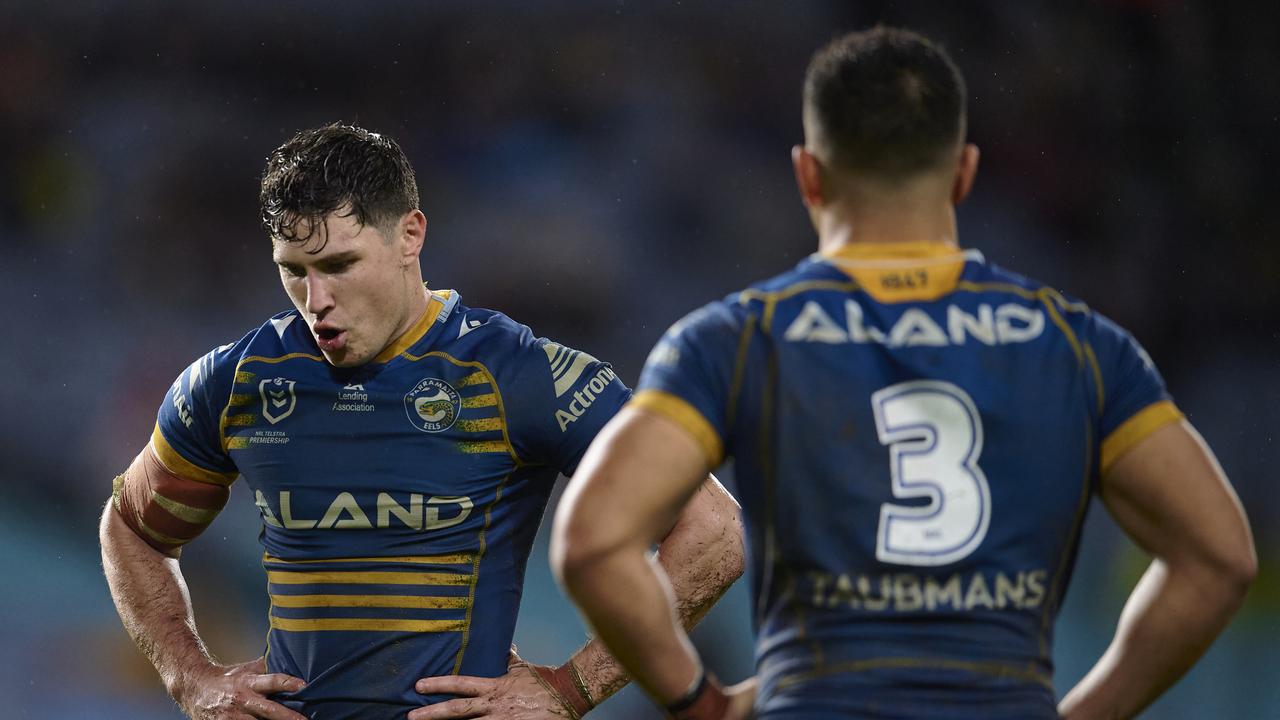 Inconsistency is something close to parramatta eels.

Although the Eels have managed to win top sides the Melbourne Storm and Penrith Panthers, the Eels have repeatedly fallen behind teams below them on the ladder.

On Saturday night it was the Rabbitohs as the Eels were beaten 30-12.

Eels manager Brad Arthur believed the game was less a reflection of his side’s efforts, so the players didn’t raise their hands when needed.

“We just don’t play well as a team every week,” he said.

“I just feel like we need 17 players all doing their jobs and we don’t get that every week.

“It has to be individual accountability. You have to want it.

“I don’t see any shortcuts in training during the week. We have to work together,” he added.

“We need to work together and try to win the game together and make sure our efforts are for someone close to you.”

Arthur believed field position was an important factor throughout the game, resulting in easy points for the Rabbitohs.

“In every set in the second half, we started our own try line,” he said.

“I think we made nine mistakes outside our red zone so we gave them chances.

“Because of our mistakes, we gave them kicks with good ball or attack jabs while ours just tried to kick him out of a tight spot.”

“When they start their sets they start 30, 40 or in our half, if they kick they land on the try line or we start with a tackle ten feet from our try line.

Maroons legend Cooper Cronk agreed with Arthur’s take on a lack of accountability but also noted the Eels’ lack of consistency, which could cost them the upcoming final.

“The thing is, they know it’s there, it’s literally on the Parramatta football team that they beat the Roosters last week,” Cronk said.

BIG CALL: Latrell is pulling out of the Origin III mix in a live interview with Fox League

“To win against the Melbourne Storm and the Penrith Panthers.

“Achievements like this are part of the Parramatta Eels and it really comes down to individual responsibility.

“Because it’s about Parramatta, they’ve consistently performed well at different stadiums throughout the year and the biggest question mark is if they can make it in a pre-final to go into that grand final and give themselves a chance.

“I think Brad Arthur got it spot on, it’s up to each individual but they have to put in their best game every week because that’s what good teams do.”

While inconsistency was a common theme among Parramatta’s woes, Kiwi legend Benji Marshall suggested the eels could be getting complacent.

“It looks like the Eels showed up and just expect something to happen,” Marshall said.

$1 MILLION RACE: Where Haas and Burton sit in the race for NRL big money

BURGESS’ $7 CONTRACT: One cake and one drink per game, how dolphins call looms

LET HIM DOWN: Rabbitohs Gun’s brutally honest admission about the rookie coach

“When they were playing the Roosters and the good teams, their line speed suddenly peaked.

“They’ve strayed from the line and want to smash people, they want to assert themselves physically.

“Tonight where the Souths met them behind the advantage line, the Souths dominated them through the line and that’s a pick.

“Your coach talked about individual responsibility, that’s what it’s all about.

“You get those benefits by choosing not to use those options, as they have in the past.”

The Eels will be desperate to put that loss behind them when they take on the Tigers at the Leichhardt Oval next Saturday.