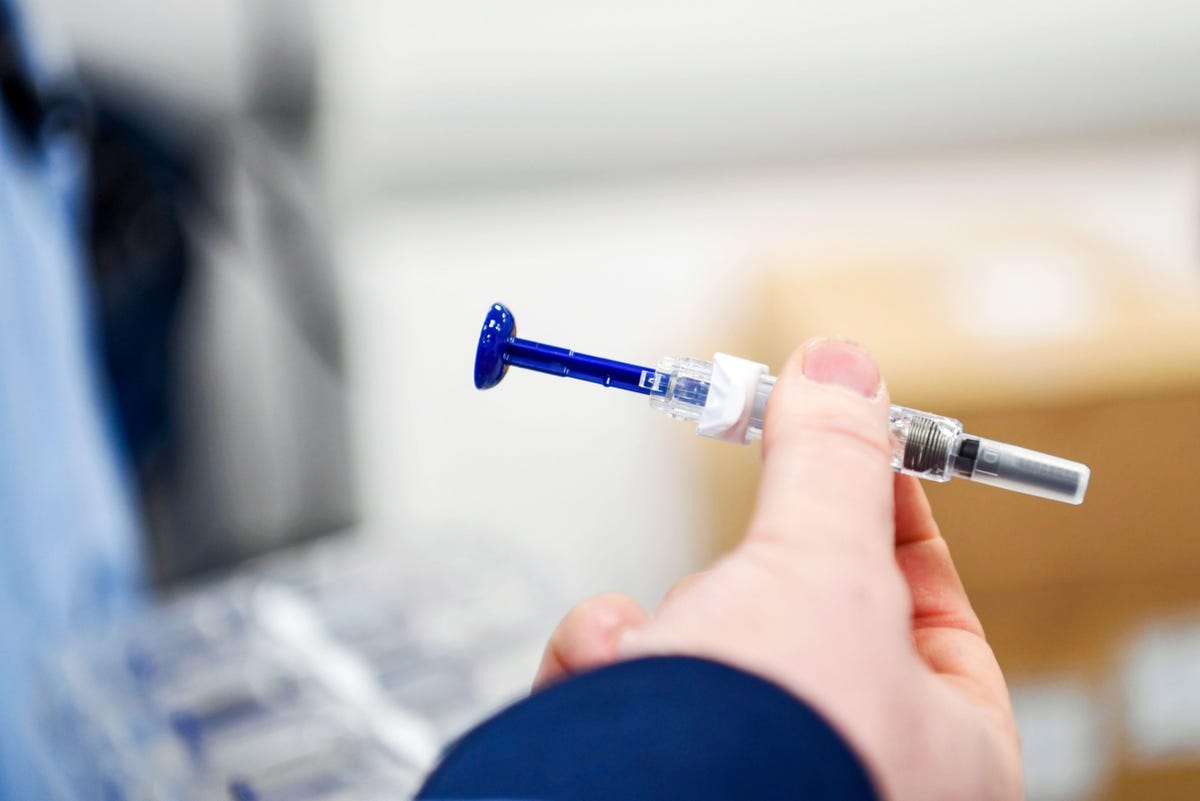 After two years of virtual meetings, the 2022 American Society of Clinical Oncology Annual Conference was held in person June 3-7 in Chicago. Over 40,000 oncology professionals from around the world attended the meeting and over 2,500 abstracts of the latest studies were presented by researchers. Then there were discussions and plenary sessions and Q&A rounds.

Here are four key highlights from the conference.

GSK’s drug for rectal cancer could be a game changer

A key piece of data announced at the conference came from GSK’s ongoing study of its drug dostarlimab in 30 patients, 12 of whom received the drug. According to the lead researcher, all patients treated with the drug experienced complete remission without the need for chemotherapy or surgery.

“Because of these comorbidities and these toxicities, there is growing interest in the area of ​​rectal cancer for the non-surgical treatment of patients,” said study leader Andrea Cercek. Patients in the study received six months of treatment with the drug, marketed by GSK as Jemperli, and were selected based on a rare biomarker. This patient group represents about 5% to 10% of all locally advanced rectal carcinomas. The results underscore the impact that biomarker-guided therapies can have, Cercek added.

Researchers presented promising results from the phase 1b study of Miratis’ cancer therapy adagrasib. The patients in the study had non-small cell lung cancer that had spread to the central nervous system. The patients also had a specific mutation in their KRAS gene. This combination has proven very difficult to treat in the past. “Central nervous system metastases occur in 27% to 42% of patients with NSCLC with KRAS G12C mutation at the time of diagnosis,” said Joshua K. Sabari, MD, assistant professor of medicine, medical oncology at Perlmutter Cancer Center, NYU Langone Health , in the company’s press release. “These patients have a median overall survival of about five months, which poses a serious clinical challenge,” he added.

Mirati’s drug, a KRAS inhibitor, was studied in 19 patients with the condition, and 32% of them responded positively to the drug. “Adagrasib demonstrated CNS penetration and intracranial responses in patients with active and untreated CNS metastases, demonstrating its potential as a treatment option for this underserved patient population,” said Charles Baum, Director of Research and Development at Mirati.

mRNA vaccine company BioNtech presented phase 1 clinical trial data for its vaccine against a common form of pancreatic cancer called pancreatic ductal adenocarcinoma, or PDAC, for which there are currently no treatment options. “All therapies are ineffective and almost 90% of patients die within five years,” said Vinod Balachandran, the study’s lead investigator, of the disease.

BioNTech’s mRNA vaccine works by delivering the genetic code for “neoantigens” to the patient’s cells. The code tells the cells to start producing the neoantigens, which are identical to proteins made by the cancer cells. The production of these proteins helps the immune system attack the cancer itself. In the study, a total of 19 patients with PDAC who were undergoing surgery were given atezolizumab, sold by Genetech under the brand name Tecentriq, which is a monoclonal antibody used to treat a variety of cancers. Sixteen of these patients also received the BioNTech syringe, half of whom responded. Those patients who did respond lived longer without showing signs or symptoms of the cancer compared to patients who didn’t. The results pave the way for further studies to determine the efficacy and safety of mRNA vaccines for PDAC.

Bristol Myers Squibb presented data from two clinical trials evaluating its drug combination Opdivo (nivolumab) plus Yervoy (ipilimumab) in non-small cell lung cancer. The first was a three-year follow-up of a phase 3 study. These data showed that with two cycles of chemotherapy and the drug combination, 27% of patients survived compared to 19% of patients treated with chemotherapy alone.

BMS also presented five-year data from a study in which patients received the Opdivo-Yervoy combination without chemotherapy. The 5-year survival rate for this combination was 24% compared to 14% for chemotherapy alone. Patients with low PD-L1 levels also showed good results with the drug, with -19% responding to the combination compared to 7% responding to chemotherapy alone. Samit Hirawat, Chief Medical Officer for Global Drug Development at BMS forbes This was an exciting result for three reasons: “First, you’re treating a patient without chemotherapy. And second, if these patients survive, they survive longer. And third, when they get an answer, those answers are very permanent, very long-term.”