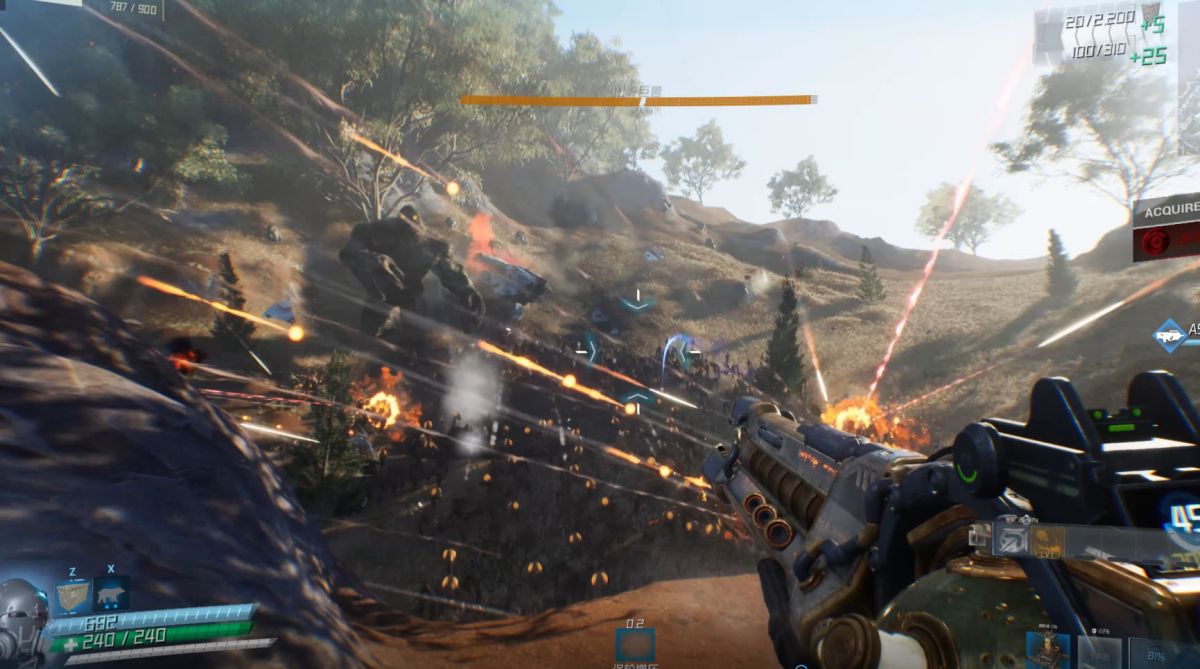 Back in April, during the Enter the Dragon showcase showcasing games from China coming to Steam, we thoroughly enjoyed the first trailer for a game with the working title Outpost. We were really drawn to its bombastic mix of casual rocket launching, sudden switches between FPS and RTS, stacks of artillery, mechs, hordes of enemies, and then a swarm of robots straight out of The Matrix Revolutions.

In addition to a second trailer during the Future Games Show that showed off more zombie burning and stop-motion base building, we also saw eight minutes of gameplay. It’s packed with warnings that this footage is from playtest, “uses placeholder resources” and “doesn’t represent definitive quality”, but it gives a clearer idea of ​​what Outpost or whatever it ends up being called – hopefully no name has already been revealed Used by two other games – actually played as is.

This footage, clearly taken from a tutorial, shows a player armed with an Eclipse rifle setting out to gather resources. There’s wall jumping and duck sliding, but it’s not very necessary as the player shoots at zombies – sorry, mutants – that have made their way into the area from underground.

When instructed to “pick up a Pyro Protoslag,” the player can upgrade their rifle and choose between light bullets for faster shooting and Pyro Missiles that set enemies on fire. The tutorial text that says “Open the Protomag and protoslag it to increase projectile power” is the most video-gaming thing I’ve read in a long time.

After returning to base, press M to enter command mode, and this is where it gets interesting. Unlike Natural Selection, where one player is the commander who takes care of all the building and such, it seems like you can jump into construction mode when you’re in range of an outpost and start crafting ammo or building towers and tesla coils and so on.

After a few rounds of defending themselves against scorpion-like creatures with glowing tails, the Matrix Swarms descend and it all goes to hell. While it’s a little low key compared to the more over the top, presumably late games we saw in the first trailer, I think this could be a fun first-person co-op tower defense game akin to Sanctum, Orcs Must Die or Fortnite: Save the World only with more RTS on the side.