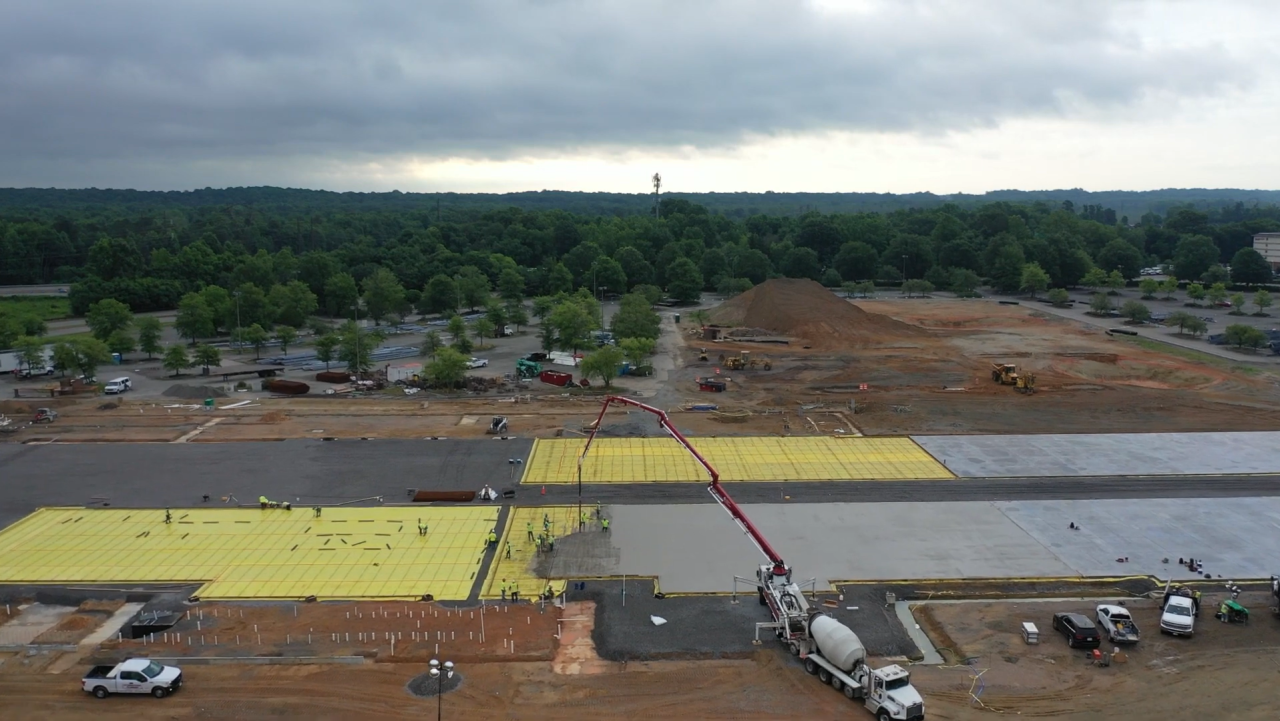 HENRICO, Va. (WRIC) – Crews have begun pouring concrete at the site of the new Henrico County Sports Complex at Virginia Center Commons, which is expected to be completed in September 2023.

The massive project received county approval in 2020, and demolition of part of the Virginia Center Commons mall began in November.

Now, Henrico County has shared video footage of the construction process showing that teams have begun laying the groundwork for the center, which will feature hardwood courts for a variety of sports.

“Our region, and Henrico County in particular, has just done an amazing job in sports tourism,” said Dennis Bickmeier, executive director of Henrico’s new sports tourism program. “And so much of it was focused on outdoor sports.”

Bickmeier said the completed facility will be able to host tournaments for basketball, volleyball and gymnastics – essentially any sport that can be played on a hardwood court.

He added that the facility “will offer everything from our own recreational use for our residents, to youth sports, travel, AAU to adult leagues — I mean, go through the list.”

The project is located in the Virginia Center Commons, a mall that opened to great acclaim in 1991 but, like many malls over the past decade, has suffered commercial decline.

“This mall is past its lifespan and we’ve seen where malls are going right now,” Brookland District Supervisor Dan Schmitt said when the 2020 project was approved.

But Bickmeier and the county hope the sports complex will serve as an anchor for the surrounding restaurants and businesses and bring in new business. This isn’t the first time the county has tried this strategy — the $18 million Nova Aquatics Center was designed to revitalize Regency Mall in Tuckahoe.

“That kind of changed Regency, and they’re just getting started there,” Bickmeier said.

The county expects construction to “go vertical” within the next two months as the walls of the facilities are erected. As for the opening of the facilities, Bickmeier said it is expected to be in “late summer, early fall in September 2023.”

In addition to the new sports facilities, a representative from Rebkee, the company that manages Virginia Center Commons, said new housing will be completed in late 2022 and early 2023, with a hotel and other tourist facilities due to be built at an unspecified date.