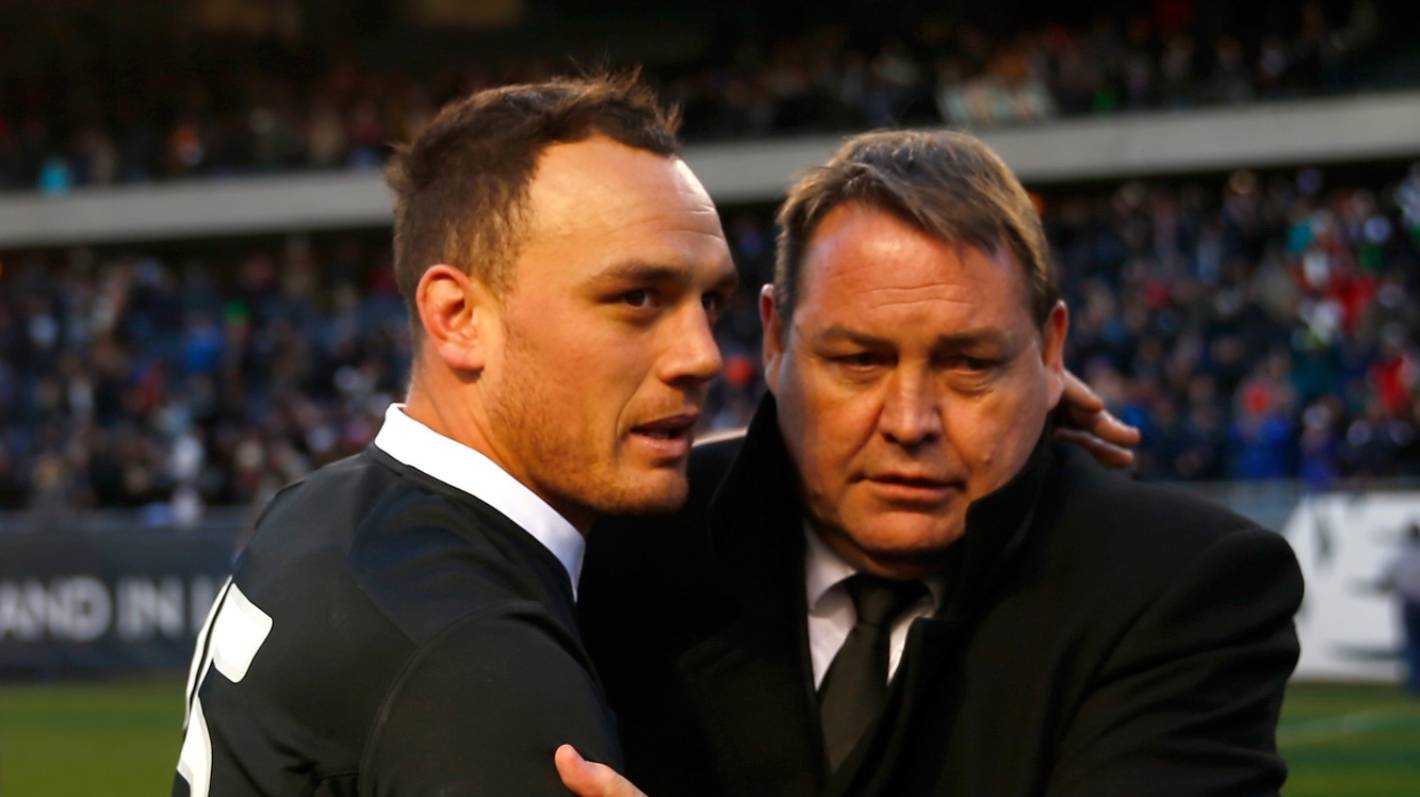 Israel Dagg has revealed the shellac he received from All Blacks coach Steve Hansen despite scoring a buzzer-beater attempt to win against the Springboks in Soweto.

The All Blacks scored late attempts from McCaw and Dagg to earn an unlikely 29-22 victory in front of 98,000 fans in 2010, a win that also won the Tri-Nations Championship.

As the current All Blacks attempt to climb a mountain in South Africa with two Tests against the Springboks, Dagg has brought some relief as he recounted his haunted exploits.

“We lose, I think, on two tries in the last five minutes,” Dagg recalled in a video shared with allblacks.com.

“Richie McCaw had a crazy finish in the right corner. Three South African defenders against Richie McCaw, our openside flanker who has big heart but finesse? Diploma? You know… a bit questionable. But how about this degree? It was so good.

“He scores in the corner. They went upstairs. It was touch and go but they missed the try.

The match is tied 22-22 and the All Blacks know the Boks will have a drop goal in their plans.

After the restart, All Blacks hooker Keven Mealamu quickly secured decisive possession with a big goal against Springbok center Jean de Villiers and New Zealand had another chance.

“We counter Ruck and you watch Nigel Owens – he saves – and he’s about to punish us. Then he doesn’t, and we’re grateful he doesn’t.

“We blow by. Mil Muliaina gets the balls and throws them to Ma’a Nonu.

‘You’ve got John Smit, poor John Smit. Playing his 100th Test for South Africa, it goes to Ma’a. He holds on to his leg, but takes off his boot, leaving Ma’a running across the field with one boot.

“Mils is in, I’m out. I just managed to get in front of my winger to get into a good support line and Ma’a looks in and says, “Nah, not Milsy,” looks out, sees me. I’m young 21 years old excited and thinking about the after party where are we going. Catch this ball, I’ll run and look around. “That’s pretty cool! 98,000 people. I’m the man here, let’s go!

“So I’ll start [raises arm in the air]chahooing and then I’m like, ‘Wow, I better put the ball here’.”

Dagg finally scores just inches from the dead ball line, but his joy is short-lived. He is brought down to earth by his trainer in a way only Hansen could.

“We go back to the dressing room and we’re all top of the world. We just came back from nothing to win in South Africa. We sit there, have a nice quiet stone lager with the boys and chop. Then Steve Hansen comes in. ‘How are you guys?’.”

Hansen then turns to Dagg, “Are you never doing that again” and I’m like what? “Never celebrate before you’ve put the ball down.”

“I’m like, ‘Sorry coach. It’s all good’ And he walks away and I go to Cory Jane and say ‘Doesn’t he know I just won the game?’

“CJ, who is Cory, just stands up and goes ‘Awh! He just said he won the game for us!’ And Steve looks around and looks all angry and I’m like ‘CJ you damn…’. It was CJ who was CJ always had to laugh.

“Steve pulls me out in front of the team and then I just have to laugh a little bit and CJ throws me under the bus so that’s my memory!

“Tell yourselves something, kids, you guys at home when you’re about to score a try: put it down with two hands and never celebrate until you score the try.”