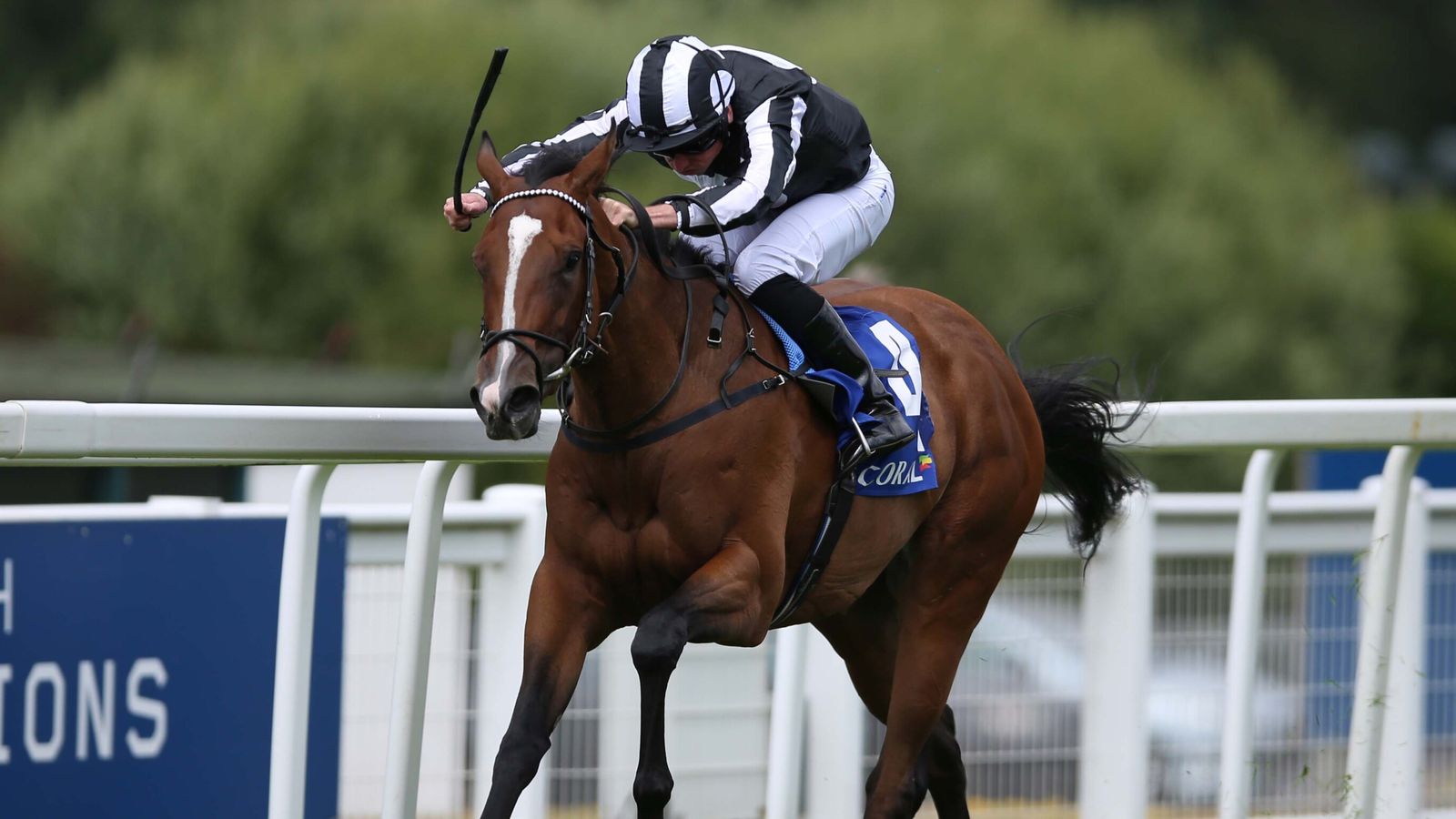 Although Inspiral landed the Coronation Stakes for John and Thady Gosden’s training partnership, their other filly in the race, Grande Dame, fared little.

After grabbing a good hold before finishing a tame 11th of 12 runners in this Group 1 competition, Gosden senior was keen to regain her confidence – and she did so in style at Sandown, putting her hands on the listed coral rock by Ryan Moore took.

The daughter of Lope de Vega did much better this time and pursued the long-time leaders Oscula and Fast Attack.

After the latter dropped out after a stage and a half, Moore hit the gas and the grande dame’s stride lengthened accordingly as the 4-1 chance for an impressive three-quarters win was clear. Oscula (8-1) stayed in second place while favorites Heredia, who had made it unbeaten for a fourth time at the Sandringham, finished a disappointing third.

“The Grande Dame’s race didn’t go quite right at the coronation,” said John Gosden. “We knew she was better and this was the last listed race only for three-year-olds, so we really wanted to bring her here.

Sinjaari also received compensation for an unlucky run in the Royal Hunt Cup as he rode to success in the Coral Challenge.

Kieran Shoemark felt he could have won the Royal Meeting in the Mile Cavalry Charge aboard the Son of Camelot after being held up and finishing fifth in the grandstand’s best side group behind Dark Shift.

But things fell into place on the same journey as the 7-2 shot crossed forward and grabbed a three-quarters hit a half furlong ahead of the 11-4 favorite Checkandchallenge, who conceded last before he could equalize a ton of ground.

Harry Charlton, who trains alongside his father Roger, said: “It was a good effort. We always treated it as if it had to be delivered late and when it got there it often stopped.

“We rode him like that in the Hunt Cup which was a mistake because he was left alone on the near side.

Plans are fluid for the six-year-old, who could now move up the grades.

“I guess we’re going on the list now,” Charlton said. “He walked away with a 105 mark today and I expect he’ll come up over the top.

“They might leave him at 110, but I think he’s probably listed. We’ll keep him for a mile.

“He’s a much more rounded model. He is a solider horse than he is and has got himself into a decent condition. I know he’s a Camelot, but he comes from the Lochsong family, which is a real speed family, and the Camelot distorts that a little.”