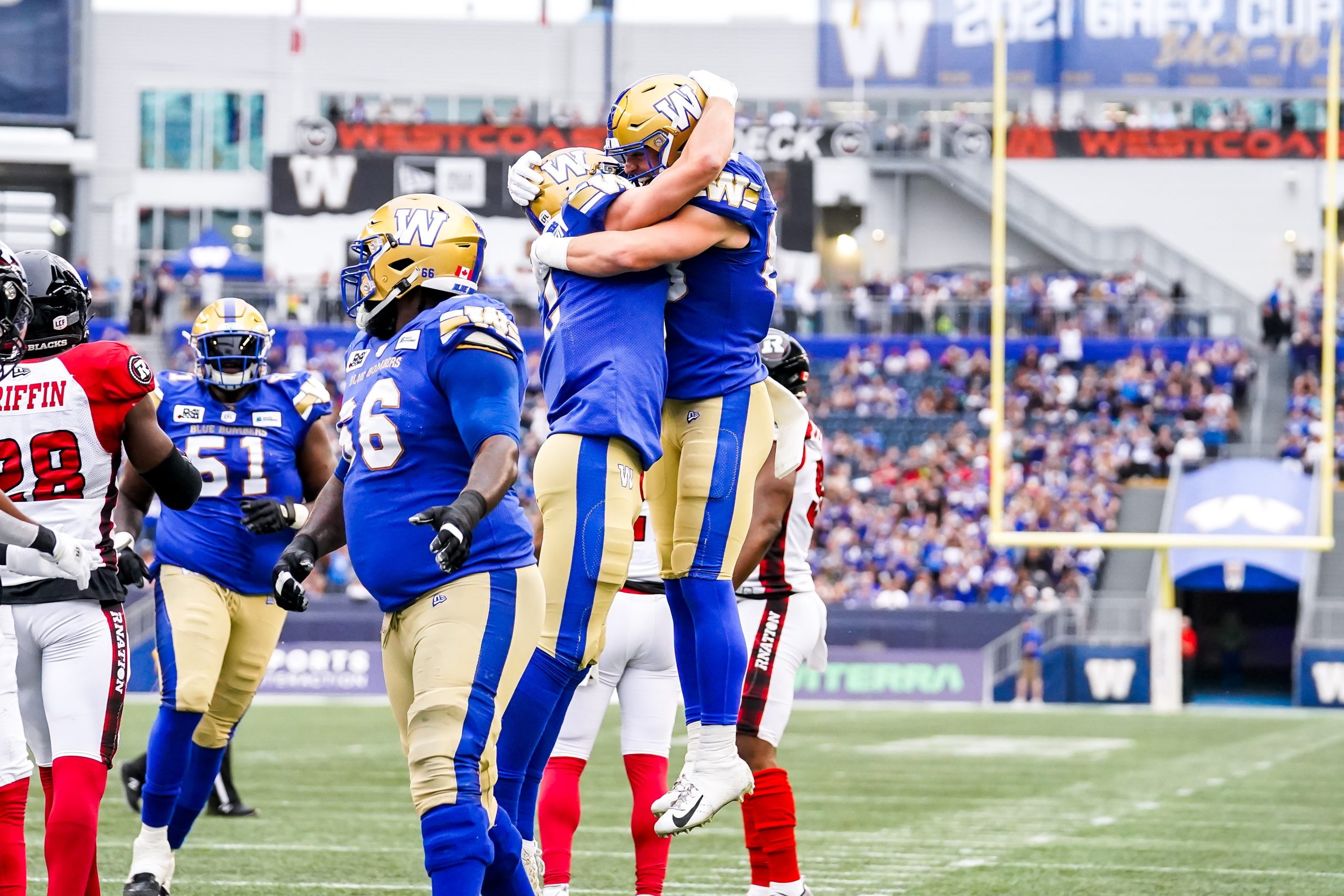 It was a completely off-script, suspenseful, wacky and wacky ending – even by Canadian Football League standards.

Just how exciting, crazy and nutty?

Let’s put it this way: A thousand different possible scenarios could have been written for the last few minutes, and yet what played out in Friday night’s Winnipeg Blue Bombers’ 19-17 win over the Ottawa RedBlacks would not have been one of them.

All in all, no one in the colors of the Blue Bombers was lamenting the result in both teams’ season openers ahead of 26,002 on a perfect evening at IG Field Friday.

“We managed to win and there are great lessons to be learned from that,” said Mike O’Shea, Blue Bombers head coach. “Obviously I’d rather have the two points and a lot of tough talks than not getting the two points.”

There will certainly be some tough talks in the coming week as the Blue Bombers have been sloppy at times and struggled on occasion throughout all three stages. But the ending – bizarre could describe it better than epic – helps to sugarcoat it all. And this is how it developed… 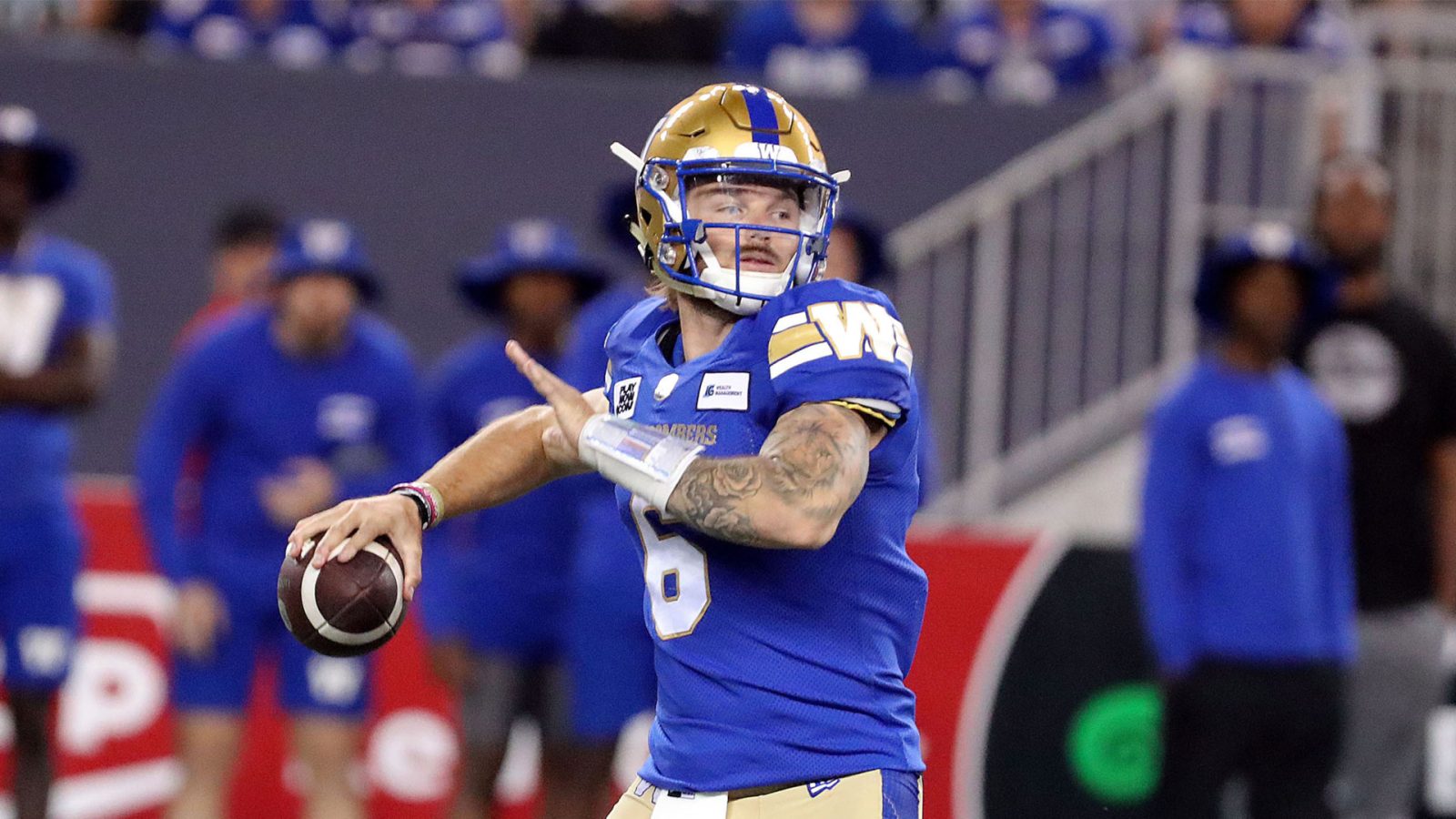 Zach Collaros was down 17-16 with 99 seconds to go and was taken out by the CFL’s injury scout after a 10-yard run in which he was nailed by Ottawa linebacker Frankie Griffin. QB No. 2 Dru Brown then came into play and – why of course – promptly completed all three of his passes to Dalton Schoen, Nic Demski and Greg Ellingson to set up Marc Liegghio’s game-winning 25-yad field goal with six seconds remaining.

“It’s definitely not how you want your first opportunity to be,” said Brown, who had 14 passing attempts last season, his first with the Blue Bombers. “Zach has been an incredible mentor to me — everything I know comes from him and Buck[Pierce, offensive coordinator]. You never want to experience something like that and I hope he’s okay. But the team also needs me to stand up in moments like this. It was a great opportunity for me to show them that they can trust me.”

The drama between Brown and Liegghio also came after Dakota Prukop – the Blue Bombers’ third quarterback – gave the club a 16-14 lead just over six minutes from time. However, Liegghio subsequently missed the conversion and the RedBlacks promptly took the lead with a 43-yard field goal from Lewis Wad with 3:50 minutes remaining.

But when it came down to it, the Blue Bombers’ defense forced a two-and-out, giving the offense another chance to write the dramatic final chapter. 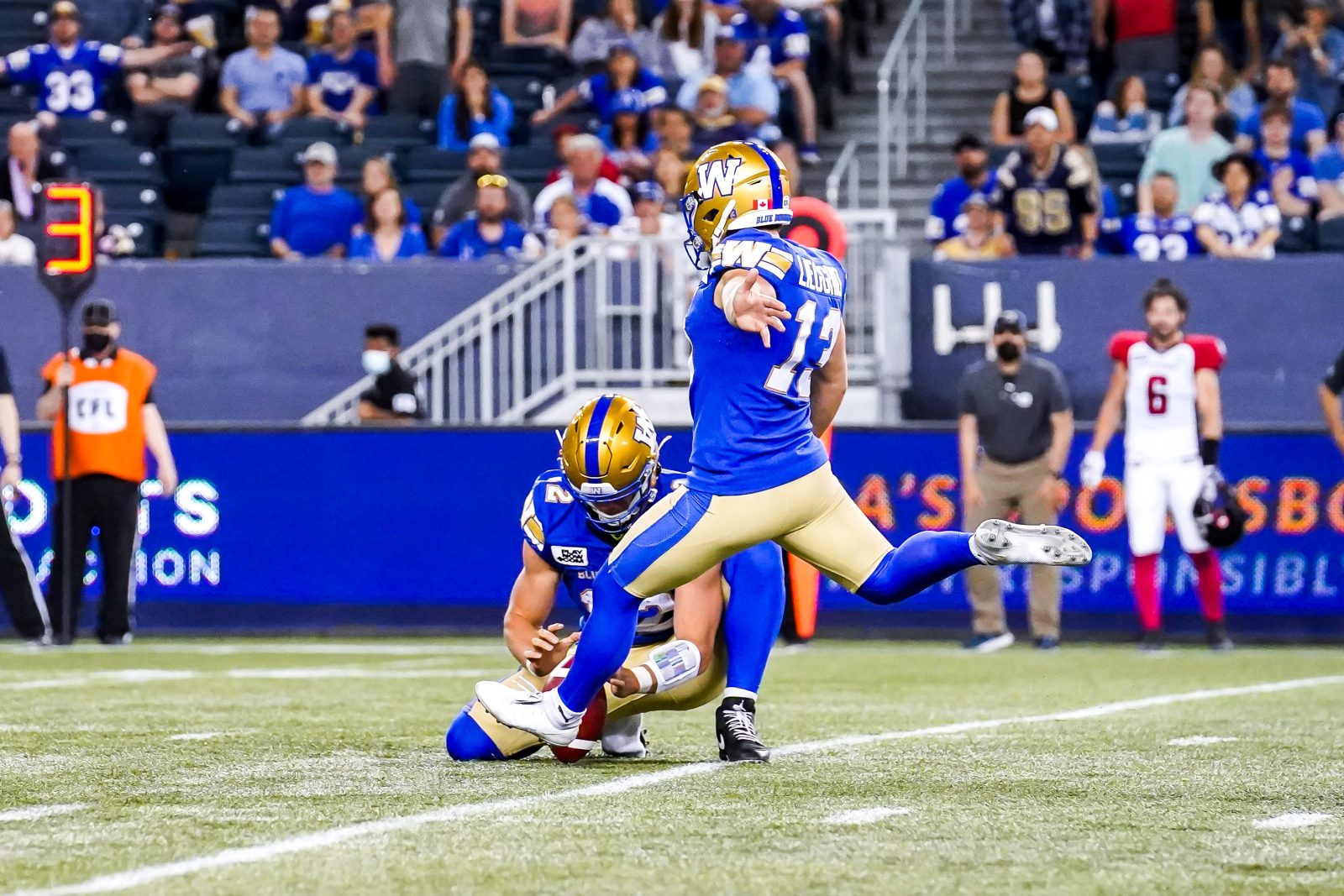 “The conversion is just not acceptable by my standards,” Liegghio said. “I just fell under it… I don’t step like that. I have a lot of things to improve in this game but I’m just glad I had this chance to give my team the win. It’s the whole team, not just me.

“It always feels good to meet the winner of the game and see your teammates run onto the field and give you high-fives and hugs… it’s a great feeling.”

The win capped a night celebrating the club’s 2021 championship with the unveiling of a back-to-back Gray Cup banner. But when Collaros went down, there were first obvious concerns about the reigning CFL’s most outstanding player, followed by how they would rally with him on the sidelines.

“I saw him on the ground,” Brown said. “Of course you feel terrible in a situation like that, but I just tried to get over it because the team needs me and that’s why I’m here.”

“It’s a critical point in the game and it was great for him to serve offense and move it like that,” O’Shea added. “But that’s why he’s here.” 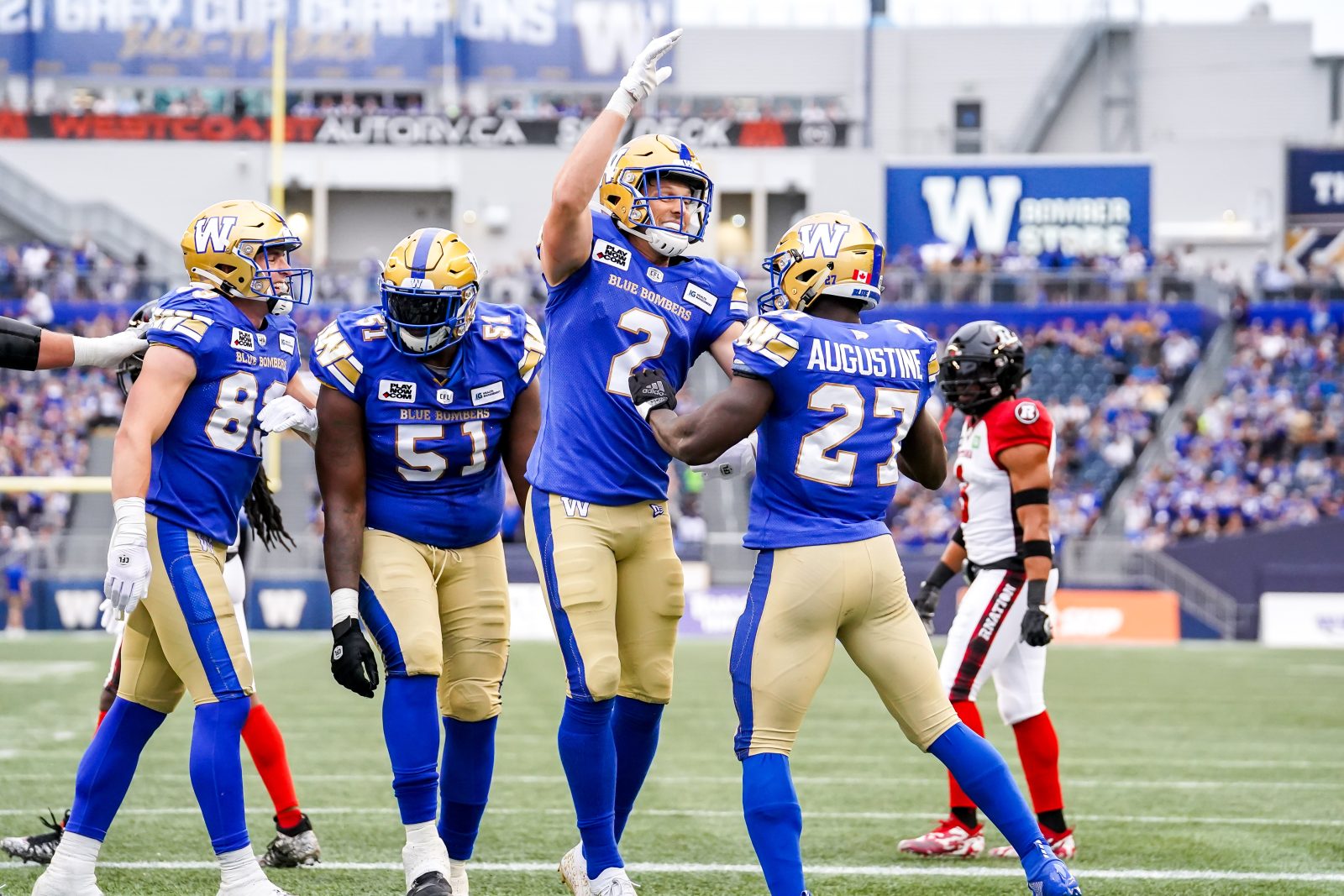 It’s too easy to pick Liegghio’s game-winning field goal, so let’s stick with this one: On Brown’s first snap behind center, he said his cadence was up and the Blue Bombers were called to proceedings.

His next game – on a 1St-and-15 with 1:22 left – was massive as he delivered a dart to Dalton Schoen followed by the completions to Demski and Ellingson. 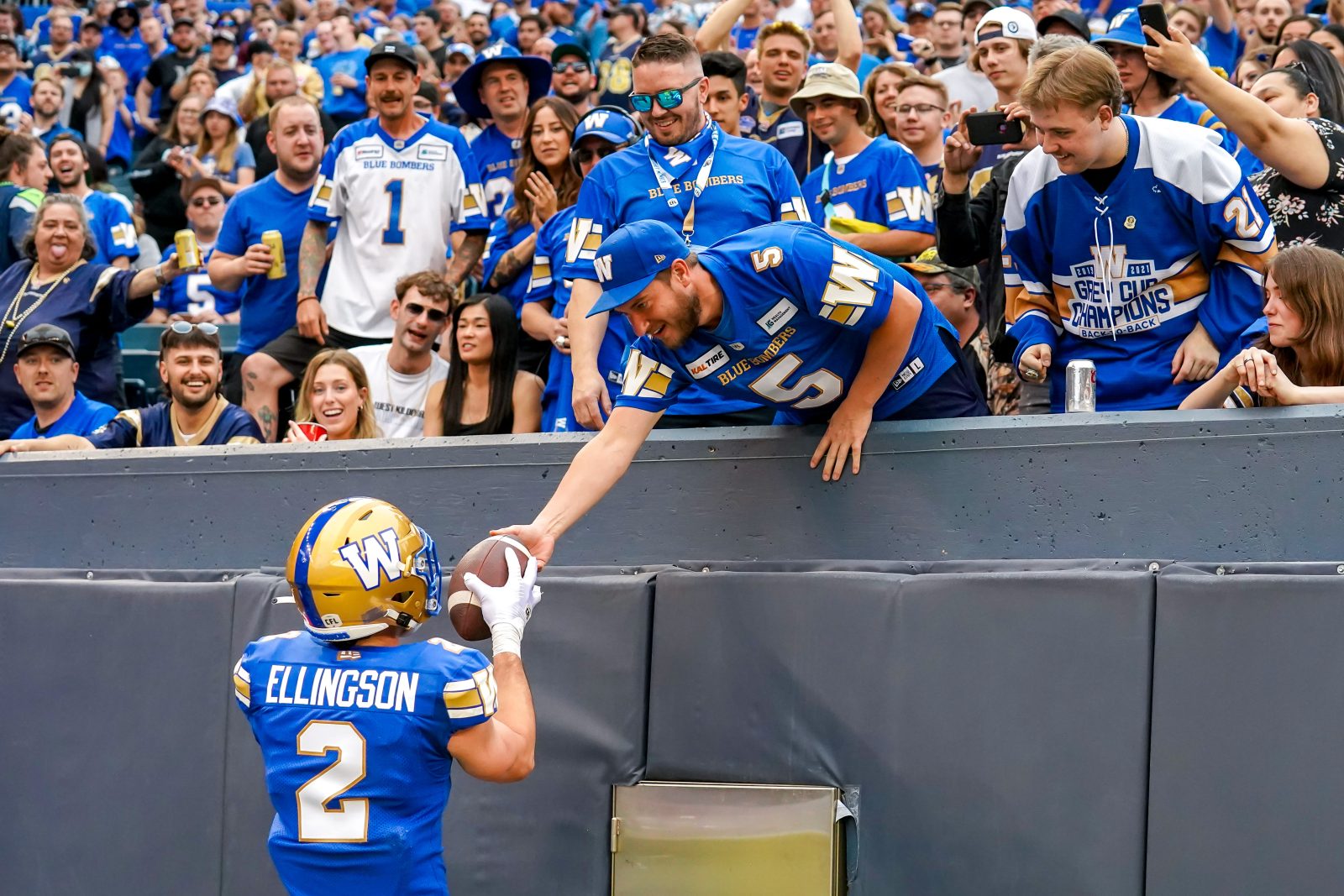 Offense: Greg Ellingson, WR — Made his Blue Bombers debut a memorable one with six catches for 74 yards and a TD, then pulled in the final pass to set up the winner from Liegghio.

Defense: Donald Rutledge, DB — A handful of candidates, but the club’s new dime back ended in five tackles and had Winnipeg’s only sack.

Special teams: Marc Liegghio, K – Yes, he missed a convert. But the winning kick was clutch and he finished two to two.

NEXT: The Blue Bombers and RedBlacks will do it again next Friday in Ottawa, June 17, with a 6:30 p.m. CT kickoff. Winnipeg’s next home game is Friday, June 24 at IG Field when the Hamilton Tiger-Cats visit for a rematch of the 2019 and 2021 Gray Cup contenders.