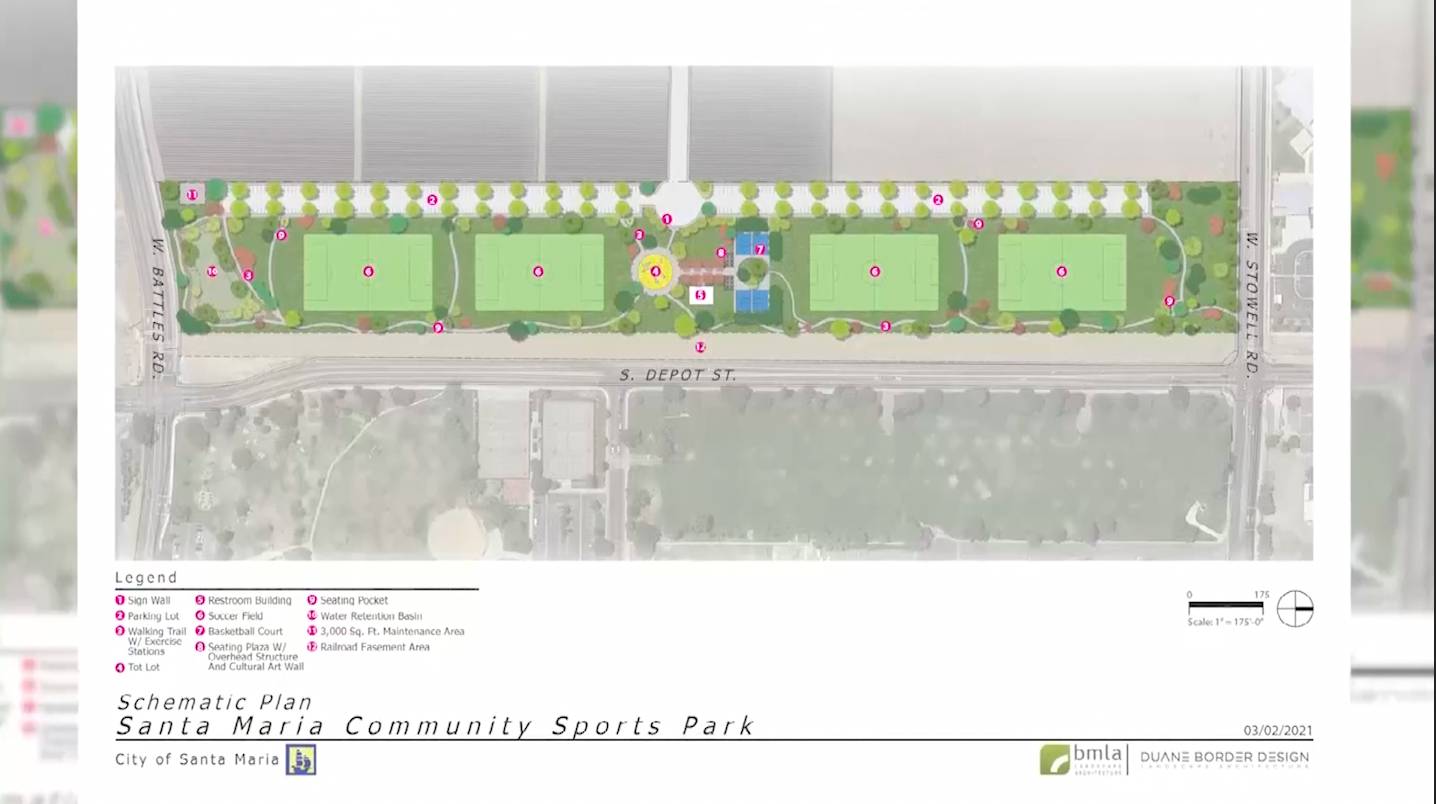 “On Tuesday night, the Santa Maria City Council approved a budget, meaning we have funds for the upcoming sports complex project,” said Dennis Smitherman, Recreation Services Manager for the Santa Maria Recreation and Parks Department. “We are very excited to move forward and use grants, county funds and city funds to hopefully make this project a success.”

The project would be built on vacant land currently used for agriculture, at the busy intersection of Depot Street and Battles Road.

“Right now, the property we’re looking at is right in the north heart of Santa Maria,” Smitherman said. “It is a magnificent 19 acre property where we will have four fields and additional facilities.”

Adding additional fields is something that many, if not most, within local sports organizations, especially football, feel is urgently needed.

“There’s not enough space here in Santa Maria,” said Juan Velasco of Central City Soccer. “We use our four fields total, plus we use some in Orcutt. There just isn’t enough and that would take some pressure off the city.”

The money, totaling $9 million, will build the complex and also buy the land.

“It’s held by a local family trust, so we’re continuing to work with them to hopefully buy the property later,” Smitherman said.

Supporters of the sports complex say it will improve the ability to attract tournaments to Santa Maria, which will benefit not only the local sports community but the city as a whole.

“Hotels, restaurants, gas stations,” Velasco said. “In the end, everyone benefits from this.”

Smitherman said building the sports complex has been a top priority for the Department of Recreation and Parks for the past decade.

“The process actually started about 10 years ago when the city was trying to raise funds to create this project, and that was after many, many community meetings and community stakeholders came to the meetings and shared with us their needs for the community had,” Smitherman said. “It’s definitely wanted by the community. We have heard it over and over again and we are making every effort to make it happen.”

The city still has work to do before shovels can dig into the ground, according to Smitherman.

“It’s not a quick process,” Smitherman said. There’s a lot of hurdles to jump through in terms of grants and local matching sources so we want to make sure we hit all those i’s and cross all those t’s so we’re getting on with the design work now and we have a ready design and construction documents so if the land purchase is approved we can just get started.

Smitherman said the Recreation and Parks Department will have a better understanding of a timeline sometime within the next few months.

“Over the next few months, we plan to finalize these design documents and finalize the construction documentation,” Smitherman said. “Hopefully we’ll have that sorted out in the next 60 to 90 days. As far as the purchase of the property goes, as we know this may take a little longer but we are really hoping to have something on the books by now than schedule and schedule by the beginning of the year.