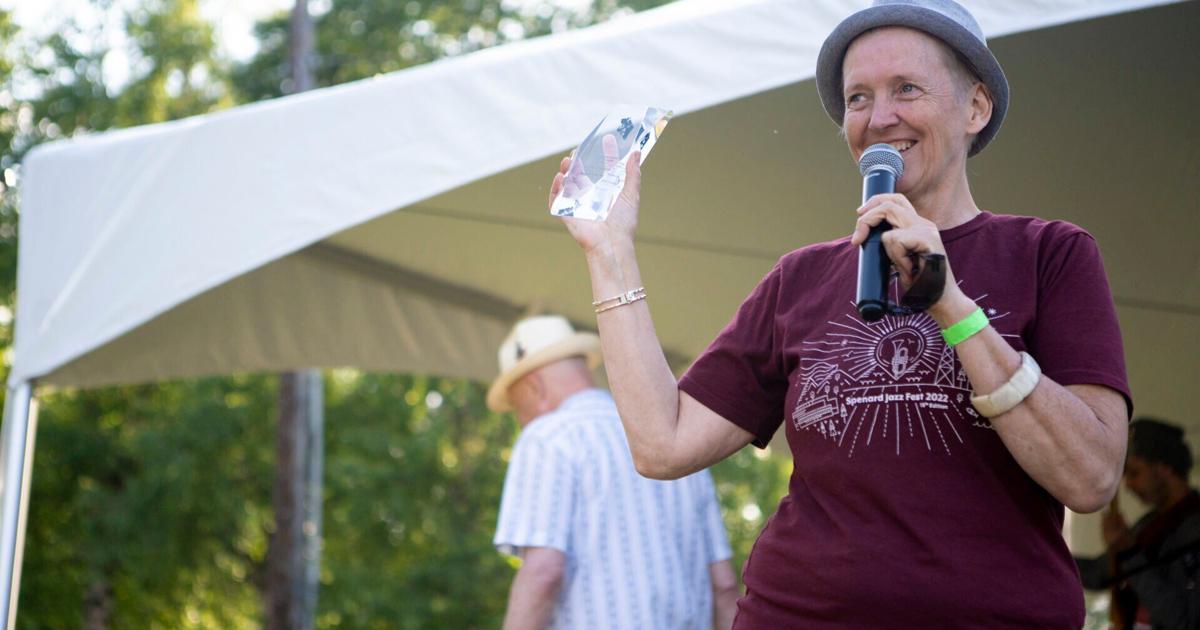 Jazz hero Yngvil Vatn Guttu, a musical force of nature who moved to Alaska from New York City in 2002, has single-handedly built a musical empire for independent Alaskan musicians in the far north. As a jazz trumpeter, creator and director of Anchorage’s premier jazz festival, and founding director of numerous nonprofit initiatives dedicated to amplifying Alaskan music, her impact on the Alaskan music scene is indelible and vibrant.

Guttu’s approach to musical advocacy and community building is as free and inspired as musical improvisation. Her vision of empowering Alaskan musicians in new ways keeps breaking new ground, twisting like improvisation in a million colorful directions before getting back on topic.

“I’m an improviser at heart,” explains Guttu. “My passion is to learn and try new things, so I ‘drag’ my people through the process, good or bad!”

Guttu is from Oslo, Norway, and came to Anchorage in the summer of 2002 to tour. After three days, she felt a strong sense of community and decided to stay. Before turning to jazz, she worked early in the state as a youth music and theater educator (Alaska Theater of Youth, University of Alaska Anchorage Theater Department, EnviroBeat).

At the time, there was no platform in Alaska for jazz composers to perform original music, so in 2008 she invented the Spenard Jazz Fest. The first festival was a small cohort of eight jazz musicians, each presenting one hour of material. The idea was a success and has grown into several days of performances by local and internationally acclaimed musicians. But that’s not all. The festival has also expanded to include dance, film, poetry, musical walks, visual arts and free workshops.

However, Guttu is not one to rest on past accomplishments. Her musical legacy includes three album releases on her record label, Kachemak Records. One album reached number five on the CMJ chart in both the US and Canada. She has also worked on dozens of other recording projects and created the Far North version of the best-selling jazz book of all time, AK Real Book. Featuring 52 Alaskan composers and 310 pages of original music, the book will be distributed to schools across the state.

Now Guttu can add another big hit to her illustrious career – 2022 Jazz Hero. Recognized by the Jazz Journalists Association, Jazz Heroes are “activists, advocates, altruists, supporters and supporters of jazz who have made a significant impact on their local communities.”

Although anyone who has met Guttu knows that this award was a long time coming. But for the humble Guttu, it came as a big surprise when she received the award last Sunday.

“Of course, that was a big surprise,” says Guttu. “It’s nice to know that what you do is noticed. But most of all, I hope it helps bring some attention to the amazing music community I fell in love with all those years ago.”